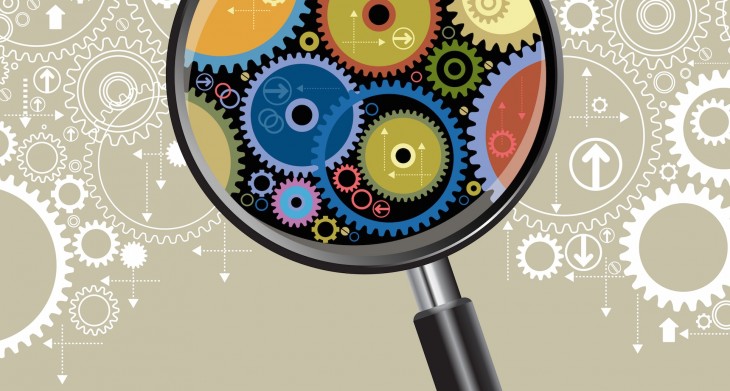 As Neil Patel recently said, “transparency is the new marketing.”

For several years now, internet and affiliate marketers like Pat Flynn and Matthew Woodward, have shared their “income reports”. This works well for marketers as proof that they know what they are doing. When they launch a product, or even publish a blog, people listen.

Within the last couple of years, you are now starting to see actual companies sharing their revenue numbers and many other things (like employee’s salaries). Often times, these sorts of posts are the most read. It attracts readers of all kinds, not necessarily just potential customers.

Some of the companies doing this are venture backed, and some are bootstrapped. It’s what makes them fun to read. You see a diversity of tactics and strategies being implemented based on what stage they are in.

Here is a list of companies providing regular revenue reports that are worth the read, along with a quote from their founders about why they do it:

Buffer really pioneered “transparency marketing”. It started when they began sharing a look behind the scenes into their revenue. Since then, they’ve shared just about everything else including employee salaries, their pitch deck/valuation information, and even where your money goes as a customer.

I asked Joel Gascoigne, Co-founder of Buffer, about why they provide this level of transparency:

“For us, transparency is a core value we’ve chosen to have and we strive to live by that value regardless of whether we are seeing great growth or are going through a more difficult period. We’ve certainly seen some useful benefits of being transparent and we’ve even been lucky to gain some attention as a result of our sharing.

The top benefit we’ve seen is that being transparent has increased the level of trust both between team members and also with our customers. We have shown we are dependable and will keep customers informed of important issues the moment we know about them.

On top of trust, I think transparency also holds us to a higher standard and brings justice. Transparency has been shown to close the gap in terms of gender and other inequality in pay.

Finally, it opens us up to receive feedback from our customers and the general public. Sometimes people will notice something we haven’t considered and we feel privileged to be able to gain that new perspective, as a result of sharing.

These are some of the side effects we’ve seen and we have been happy with some of these results, however as I said we don’t practice transparency for any results, we simply see it as a principle we believe in. We believe that transparency at its core is honesty, and it’s a value that we want to live by no matter what.”

Groove was really the first company to have a goal to hit as they documented their journey to $100k. They started the journey when they were at $28,525/mo in revenue in September 2013. By December of 2014 they hit their $100k/mo in recurring revenue goal.

Their new goal is now $500k/mo in revenue. I asked Alex Turnball, founder of Groove, what value transparency brings to their business and he had this to say:

“I like to do business with companies that deeply understand me and my needs. Who gets the hopes and challenges of a startup like another startup? The better we tell our story, and the more we share, the easier it is for other small businesses to see that we’re very much like them, and that we understand exactly what they’re looking for.

There’s also the value that sharing our wins, fails and lessons learned delivers to the people who read our blog. Sharing numbers adds important context to each story and makes the content more useful for readers. That, in turn, helps us build stronger relationships with the people who end up using our product.”

In 2012, Moz (they were SEOMoz at the time) posted their first annual review that discusses revenue, an acquisition they made, expansion plans, and a lot more. In 2012 they also released their slide deck, which boldly outlined a goal of becoming Seattle’s next $1B+ startup.

In 2013 they posted another annual review and also shared some insights into their rebrand.

When I asked Rand Fishkin, Founder of Moz, about why they were such believers in transparency, he took it back to his childhood:

“Transparency for us isn’t a question of business value or marketing strategy – it’s one of our core values. That means we’d be transparent (and have been) even when it’s harmful to the business (for example, when I blogged about our VC processes, it turned off many investors from wanting to engage with me or Moz in the future).

Transparency is part of our values mostly, I think, because of my personal history. My family/parents spent a lot of years keeping secrets from one another (“don’t tell Dad about this,” “don’t tell your Mom we went here” – that kind of thing). I hated the stress and the pressure that maintaining those secrets created, and I resolved to reveal everything – even the worst stuff – publicly. It’s a defense mechanism for me – if I share the news, good and bad, then there’s no skeletons in the closet and nothing from which to hide.”

Unbounce joined in on the transparency game at the beginning of 2014 with their “Inside Unbounce” blog. Over 30 different Unbounce employees contributed posts over the past year. Here’s their impressive annual review of 2014.

When I asked Rick Perreault, Founder of Unbounce, what benefits they get from transparency he said:

“Most important for me in regards to transparency is that is sends a strong message of trust to all our employees, and the company benefits from trust in return and an honest dialog takes place between all.

I also think when I’m out there being super transparent about financials or KPIs, I believe it sends a message to everyone at Unbounce at I’m proud of what we are doing which gives everyone confidence to keep moving forward.

Founder Dan Norris has been very open about being just days away from needing to find a job when WP Curve took off. Now his startup WP Curve (A wordpress support service) has over 800 customers and around $60k/mo in revenue. He shares all the details every month on their blog.

Dan also wrote a book to help others launch a new business in seven days called, “The 7 Day Startup“. When I asked Dan what benefits he has seen from offering such transparency, he stated:

“Our revenue reports have produced amazing results for us. I found Alex who became a 50 / 50 owner in the business through my transparent blog posts. We have also struck up partnerships with major players in the WordPress community, who have specifically told us it was our reports that really cemented things for them. They are incredible at building trust. “

Founder Josh Pigford recently shared the Baremetrics journey to $25k/mo in revenue. Baremetrics also received $500k in an investment from The Stripe Fund when they hit $20k/mo in revenue.  You can follow along with their live dashboard (which is their product).

When I asked Josh what transparency has meant to Baremetrics, he offered this::

“For Baremetrics, transparency is about helping other businesses, especially earlier-stage ones. When you’re just getting started, it’s so hard to know what’s even in the same ballpark of “normal” and there are so few legitimately useful resources with practical, actionable information.

So many people have been helpful to me over the years, and being transparent as we build our business is our small way of giving back.”

Inspired by the transparency of other companies, I decided to document my own startup’s journey. However, unlike most of the other companies on the list, I’m not waiting for success first.

You can literally follow along from the “idea stage” where I launched the business in 24 hours, to when I made 4 figures in the first 30 days.

The risk by doing it this early is looking foolish, while simultaneously providing a roadmap for competitors. Very much like what the other founders have said, I feel the most important thing revenue reports and transparency brings is trust and even empathy. Ultimately, I feel there are several lessons to be learned even in failure, so I’m happy to share the journey.

Founder Tyler Tringas tried to sell this product a couple years ago when it was just a side project that was making nearly $20,000 per year. He was offered $40,000 and decided to hang onto it instead.

Now it’s making him over $8k/mo and it’s become his full-time focus. When I asked Tyler about why he provided this level of transparency, he said:

“Complete financial transparency gives you just the right amount of credibility. The internet is full of people who eke out a bit of money selling scammy schemes claiming to make you millions online. Transparency is the solution to credibility in an increasingly opaque and anonymous world.”

WP Rocket is a caching plugin that helps speed up your WordPress site. You don’t often hear of plugins that make five figures in recurring revenue, but this one hit the $35,000/mo mark this past year, have their plugin installed on over 15,000 sites and have over 4,300 customers.

In addition to just revenue reports, they provide customer support data, development decisions and more. So I asked Jean-Baptiste Marchand-Arvier about why they provide this level of transparency and he had this to say:

“First, this is for our customers. We try to build a very strong relationship with our customers. We are always transparent in the customer support, i.e. if we have issues resolving something, or if our plugin has a bug, we tell them, and we don’t hide behind technical terms.

So being more transparent by publishing everything, is going further with our customers, and making them feel even more confident in us. This is a way to build trust with our company.

Second, this is for our team. Hiding things is super bad for the team. They have to know everything, especially in startup where things move very fast. We want to build something with them, if we don’t share everything with them, it’s not possible.”

These companies don’t just discuss the numbers, but what went on behind the scenes to achieve them. They also share the things that didn’t work, which is often times the most helpful.

You shouldn’t compare yourself to them, but look to see what you can learn from them instead. As these companies are all in various stages, pick those that are ahead of you and follow along their journey. You’ll be surprised at how much you learn!

Know of any other companies that should be added to the mix? Let us know in the comments!