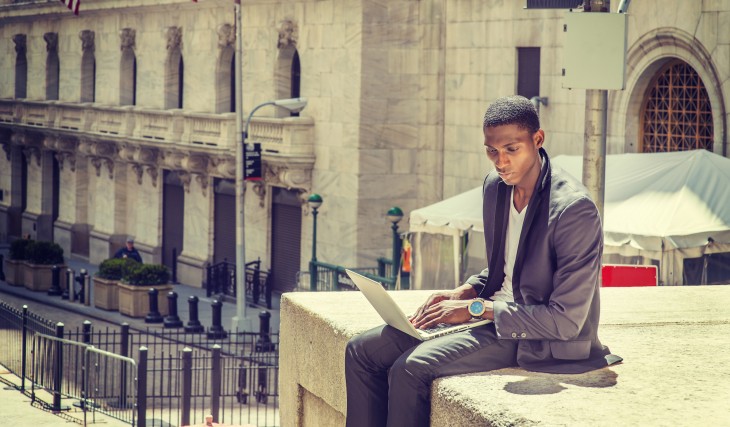 Matt Straz is the founder & CEO of Namely, the HR and payroll platform for the world’s most exciting companies.

Productivity: it’s not just a buzzword, it also has a huge impact on your company’s bottom line. Yet, the more dissatisfied and disengaged your workforce is, the less productive time they’re putting into tasks.

When Gallup discovered 70 percent of the American workforce was disengaged on the job, leading to an estimated loss of $550 billion from the economy, this should have been a wake-up call for employers.

Still, many are trudging along, business as usual, while their best people become disenfranchised with the job. Research, like the recent a University of Warwick study, has proved productivity and employee happiness go hand-in-hand. So why are so many companies dropping the ball when it comes to engagement, morale, and having employees whistle while they work?

It’s probably because companies are stuck in outdated paradigms of top-down hierarchies, traditional business hours, long meetings, and trying to cut corners. If you want to attract the best employees and keep them productive, here are five tips for increasing employee happiness:

1. Pay them what they’re worth

My company, an all-in-one HR platform, was interested in the phenomenon of employee turnover. Just what causes good people to go? As it turns out, compensation isn’t the only factor, but it does contribute to turnover rates. We analyzed more than 13,000 salaries in high-growth fields, from industries like technology, e-commerce, and digital media.

Paying your best people what they’re worth will also pay off for you when you can avoid costly employee turnover. We found high performers were 116 percent more likely to still be at at company two years later when compared with low performers.

2. Cut down on useless meetings

Every day there are an estimated 11 million meetings in the US alone, with 37 percent starting late due to tardiness. In fact, some estimates predict we waste up to $37 billion in unproductive meetings per year.

It’s time to cut down on useless meetings. Your employees hate them, and they’re only losing you money.

Choose one day a week to be a meeting dead zone, and keep the schedule clear so your best people can use the day productively. When you do call meetings, always come with an agenda and cap the meeting at 30 minutes so employees don’t waste their whole day.

A sense of transparency within the company can help individual workers take a sense of pride and ownership over their work. After all, no one wants to work for a secretive company. This is how toxic office politics are allowed to flourish, and misunderstandings can snowball. It can also lead to work getting far off track as transparency dwindles.

“We decided to implement cascading goals at Vimeo because we noticed there was a little disconnect between the companies overarching goals and what people are actually doing on the baseline levels,” said Charmien Fugelsang, Director of Human Resources at Vimeo.

Flex time is one of the most sought-after perks by employees and it’s not hard to wonder why. In 2014, more than 10.8 million Americans commute more than an hour, each way, to get to work daily. With commutes becoming ever more brutal, workers are looking for a way to achieve better work-life balance.

Allowing workers to set their own hours and work from home, even occasionally, can lead to happier employees. It can also help workers be more productive, since they’re not wasting hours stuck in traffic and showing up to the office late and annoyed. Best of all, allowing workers to be the guardians of their own time shows just how fully you trust your best people.

When asked for a weakness in a job interview, being a perfectionist is the perfect and most infuriating answer. Yet perfectionism is actually a serious affliction, especially when it comes to creativity and innovation. New ideas are unlikely to take form, and new concepts unlikely to be tried, if your company is afraid to fail or falter.

Create an atmosphere of invention and make it OK to fail, as long as employees pick themselves back up again and keep trying. This encourages your best people to daydream, to innovate, and to take your company in surprising new directions.

With the ways all industries are changing at a tremendous pace, standing still and doing things the way they’ve always been done is the best way to end up left behind in the dust.

Keeping your best people happy on the job is the best way to ensure productivity. Using some of these helpful hints, you can get your people engaged and motivated to do their best work.

What do you think? What are some ways you ensure employee happiness? Share in the comments!