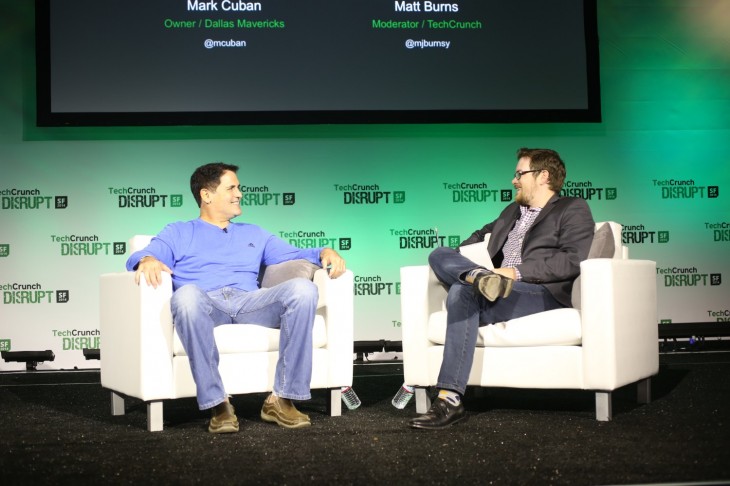 Serial entrepreneur and Dallas Mavericks owner, Mark Cuban had some choice words for the investors in Silicon Valley while speaking at TechCrunch Disrupt. Having a 90 percent fail rate doesn’t work for him.

“Silicon Valley has a FOMO (fear of missing out) approach to investing. Everyone throws money at everything because they want to find their unicorn,” said Cuban, when asked about investments in the red-hot tech market.

For every Uber and Instagram that gets acquired or turns a profit, there are nine startups that crash and burn. Not the type of fail rate that Cuban is looking for.

He also sees many startups acting like funding is the be all, end all of having a successful company. “These people agree with me. So it must be a great idea. I hate that,” he said.

Instead, Cuban looks for founders that are willing to show him their core competency and what they are good at. Also, how they will actually make money.

The billionaire also touched on his view of serial entrepreneurship. “Business is the ultimate sport. There is no sport as competitive as business. There’s all these young kids out here trying to kick your ass. I’ll kick your ass,”  he exclaimed pointing out at the audience, “Fuck you all, I’ll just win.”

Finally, Cuban is excited about Steve Ballmer joining him as an NBA team owner. Although hoping that the former Microsoft CEO becomes his “little sidekick” might not work out. We all know that Ballmer will always be Bill Gates’ sidekick Developer Man.

Read next: Reddit launches full-site HTTPS via CloudFlare, but only for logged-in users and it's off by default