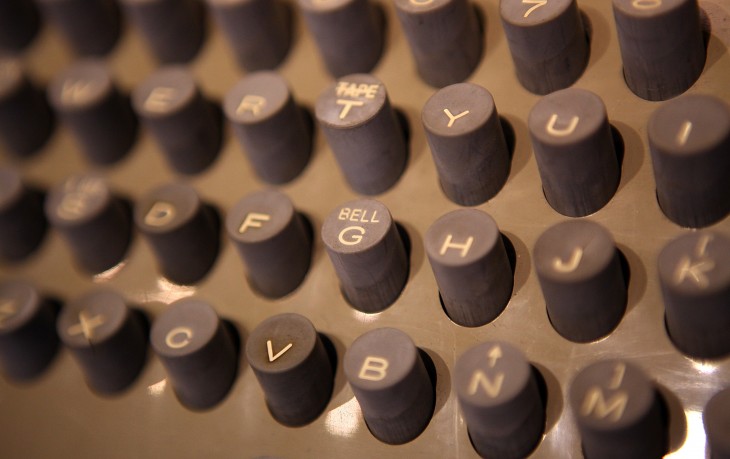 Research from Pricewaterhouse Coopers (PWC) reveals that in 2013, US venture capitalists committed $29.4 billion to 3,995 deals, with investments in internet-specific companies reaching the highest total since 2001.

The idea is simple. Venture capitalists fund projects that demonstrate a high probability of success. These investments represent the next generation of technologies and grow to become the next Facebooks and Googles of the world.

But money represents only part of the story. The VC ecosystem is driven by a strong sense of value, as well as a mission to fund projects with the potential to make the world better for consumers.

But these stories are often lost — buried beneath the ‘numbers’ story. As business consultant and author Dorie Clark writes in a recent Forbes article, “that’s not exactly surprising.”

She explains that historically, the venture capital industry has perceived marketing beyond public relations as unnecessary. But now, content marketing and brand storytelling have become critical to the VC ecosystem.

“Content marketing for VCs is one of the biggest changes that I’ve seen in the industry over the last 18 years,” says Phil Sanderson, managing director at IDG Ventures in San Francisco, which focuses on media technology and information technology investments.

“I don’t really call it content marketing,” he explains. “Venture capital is a services business — we work for our entrepreneurs and limited partner investors.

“If you’re an entrepreneur and you’re talking to a VC with whom you’re considering a five-year partnership, you’re going to check out their blog and Twitter to see what they’re all about.”

In the last year, Sanderson and his IDG Ventures partner Alex Rosen have launched personal blogs as a platform for reaching and educating entrepreneurs in a personal way to provide education about and transparency into venture capital in the IT, gaming and media industries.

Rosen blogs at The Empiricist VC and Sanderson blogs at SanFranciscoVC. Their personal blogs are aggregated into a joint blog on IDG’s website.

“A lot of companies that I deal with will end up selling to a CIO,” says Rosen. “I’ve built a large and interesting network of CIOs that range from Wall Street to CPG to tech companies – and we’ll often invite a dozen at a time to participate on panels at events.”

After these events, Rosen will frequently write a blog post as a recap to share his lessons learned and to connect his audience of entrepreneurs with information that is otherwise rare.

“Venture firms often want to differentiate themselves,” says Rosen. “Producing content can be a useful way to show how your connections and knowledge can be different from other sources of capital.”

Focusing heavily on your audience

Boston-based NextView Ventures is a seed stage fund with a mission to give their portfolio companies a strong start in navigating the most challenging moments of a startup’s growth trajectory — the very beginning.

Jay Acunzo, director of platform and community at NextView Ventures and former head of content at HubSpot, aims to publish educational content that is atypical from what entrepreneurs are likely to find on other technology blogs.

“We launched a blog called The View From Seed which focuses exclusively on those first 18 to 24 months of a company’s growth,” explains Acunzo.

“While everyone else may want to wax eloquent about Facebook, Twitter, and Snapchat, for instance, we write about atypical rounds of early funding founders should consider or avoid, or how to acquire your first 100 users.”

Acunzo and his team are also producing in-depth guides that directly address challenges that founders face, while providing them with actionable solutions. As one example, NextView Ventures recently published a template for creating great board decks, which was based on common questions that the team heard from founders.

“In just a single day, that one resource received more traffic all by itself than our previous 60 days of traffic total,” says Acunzo. “It was also downloaded twice as many times as the average blog post we’d written before View From Seed was viewed.

Acunzo’s goal is to position NextView as an educational resource for early stage company founders. He encourages VCs to fully understand their community’s biggest pain points and most pressing goals.

“This isn’t rocket science — this is the willingness to stay in your focus area and not chase what feels sexy,” says Acunzo. “Aim to be more helpful than the other guy, not more brilliant, and you’ll actually achieve both.”

Teaching through the untold

Former VentureBeat and Wall Street Journal reporter Camille Ricketts recently joined First Round Capital, a fund that invests in seed stage companies, to help bring the entrepreneurship community’s untold stories to life. For the last year, she has been the editorial strategist and interviewer behind the First Round Review, a blog that connects founders with startup knowledge.

“What surprised me most is how willing and open so many business leaders are to share their experiences —  how human the stories have been, even when I’m writing about business,” says Ricketts “They’re unguarded when it comes to helping others, especially when it comes to mistakes they’ve made in the past.”

When choosing topics, Ricketts relies on a process of open exploration.

“A lot of people think that I have a topic in mind before I reach out to an interviewee,” says Ricketts. “In actuality, my process is to do a preliminary conversation to learn what the interviewee really wants to give advice about —that they would want to share if they had the bandwidth to write about the topics themselves.”

This research process helps Ricketts identify the topics that are most likely to resonate with First Round’s audience. She then makes it as easy as possible for her interviewees to share their stories.

As First Round’s experience illuminates, VCs are in a unique position to share the entrepreneurship community’s most impactful, untold stories. Content marketing is a natural way for VC firms to build human connections, build an impactful brand and articulating business experiences that would otherwise never be heard.