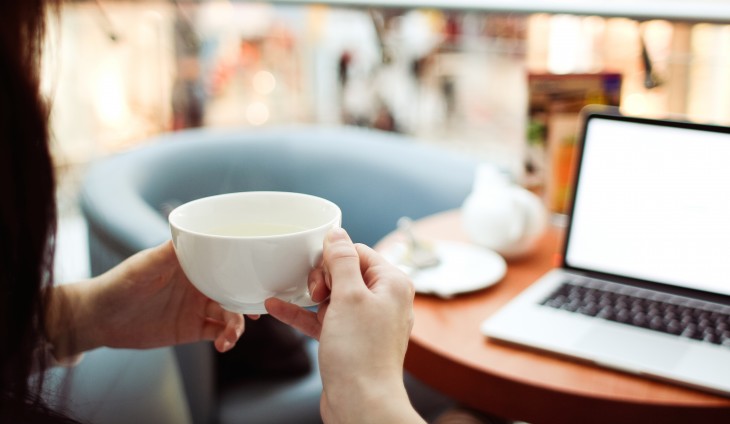 ‘Entrepreneur in Residence’ (EIR) is the tech community’s newest job title. They’re popping up at Fortune 500 companies like Dell and venture firms like Greylock Partners to introduce a lens into the changing innovation landscape.

“EIRs are the new ambassadors for investors and large organizations,” says Ellie Cachette, a seasoned entrepreneur, product designer and consultant for enterprise brands.

EIRs come from a range of backgrounds. Some are bootstrapped entrepreneurs, others are company founders who have built and scaled companies through massive exists. Both personas bring significant value to the table.

“Some are in residence to write business plans for their next startup, in which the VC s would get first crack at investing. Some are there to source deals, provide domain knowledge, conduct due diligence, technical assessments – augmenting the VC team,” says Charley Polachi, Managing Partner at Polachi Executive Search.

At Green Visor Capital, a San Francisco based financial tech fund, the EIR’s role is to help advance the firm’s core mission and vision – to support entrepreneurs in (a) solving substantive problems in financial services, (b) to promote social responsibility, and (c) shareholder value.

“We weren’t looking to bring someone in, but we found this person to be so incredibly talented and humble,” says Simon Yoo, founder and managing partner at Green Visor Capital. “We saw how much he wants to help the world and realized that we needed him involved with our work. There was a strong overlap with the philosophy, ideology and background of what we do.”

Yoo emphasizes, “we weren’t looking to tick a box.” Rather, he views Wen as an investment in the firm’s future.

“We want to empower [Wen] to come up with his next idea,” says Yoo.

For Sam, the motivation to become an EIR comes from a desire to make a significant impact in the startup ecosystem.

“The financial industry hasn’t seen very much innovation, and most people have a native understanding of financial services,” says Wen. In addition, after meeting [Yoo], I was impressed with his desire to invest in companies that were committed to doing well by doing good.”

Peter Relan, founder of the Studio 9+ and the YouWeb incubators, believes that the most important quality of an EIR is a willingness to learn. Relan, whose incubators have delivered $110M in exits and $62M in funding to date, works with young entrepreneurs to build future-focused technologies.

“Our EIRs are typically in their early ‘20s,looking to start a company, and seeking out help,” says Relan. “We help them identify their passions and give them the space to help them develop their ideas. It’s the rawest of raw talent.”

Eric Johnson, founder of digital agency Ignited shares Relan’s perspective that an EIR’s role is to build and execute. Johnson has created an incubator initiative called Ignited Labs, which invest in new startup ventures in gaming, tech, marketing, and entertainment.

“One of the things that I figured out was the at the ad agency business is not inherently entrepreneurial,” says Johnson. “They’re creative but not necessarily entrepreneurs.”

Johnson views Ignited Labs as an investment in the firm’s future.

“We’ve gone out to seek entrepreneurs,” Johnson says. “We’ve hired them to explore a concept that they’re passionate in. “It’s about having your pulse on the future,” says Johnson.

Like Relan, Johnson prefers to invest in emerging talent.

EIRs are teachers and learners

Poornima Vijayashanker, founder at Femgineer and EIR at 500 Startups embodies this spirit.

“I fell in love with technology at a very young age, and always knew that I wanted to be in Silicon Valley,” Vijayashanker says. “ I moved out here in 2004 to live out my dreams.

After moving back to Silicon Valley in January 2014, Vijayashanker met with a number of startup leaders, including Dave McClure, the founder of 500 Startups.

“I told [McClure] about the projects I was working on at Femgineer, what I had done while teaching at Duke University, and we got to talking about how I could share some of my knowledge with the 500 Startups community,” Vijayashanker says.

Vijayashanker realized that there was a strong fit between an advising role at 500 Startups and the Lean Product Development Course that she was teaching through Femgineer.

“Many students who participate in my course and people I mentor kept asking me for advice and guidance around joining an accelerator,” Vijayashanker says. “I wanted to make sure that my programs were grooming them to join an accelerator since that seemed like a logical next step for many.”

At 500 Startups, Vijayashanker serves as a point of contact to five companies – advising them on product development, technical recruiting, customer acquisition, and fundraising.

“I also give talks and provide guidance to companies that are in the current batch,” she says. “Aside from helping with the accelerator program, I pitch in to help evaluate seed deals.”

Vijayashanker embodies the heart of a true EIR – one that transcends an organization-specific definition.

“I’ve written code, recruited, fundraised, and done a fair amount of sales and marketing,” Vijayashanker says. “I can share my learnings of what worked and didn’t work in all of those experiences. Many people consider this information valuable knowledge to have.”

So, should your company consider hiring an EIR?

EIRs can bring significant value to an organization – cultivating innovation by bringing in outside perspectives. It’s essential to bring in an EIR who truly complements and adds value to your team; this person could embody a range of skillsets, backgrounds and interests.

Ultimately, the definition of an EIR will vary from company to company – it might eventually take on a new name, altogether. At the heart of the role, however, is entrepreneurship – a concept that is crucial to every forward-thinking organization.

Read next: A user-first approach to location-tracking