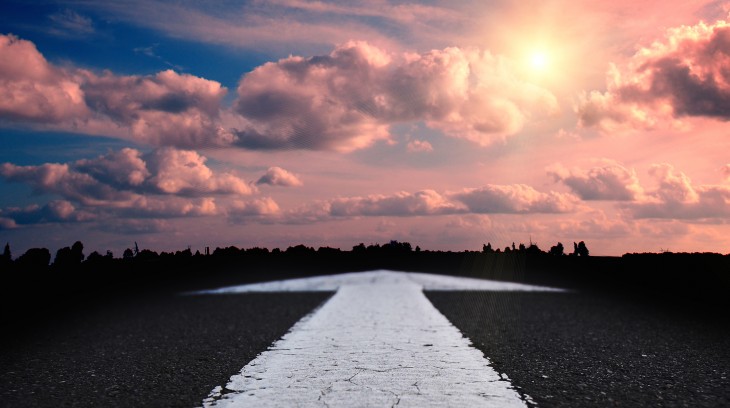 Jeremy Bencken is the co-founder of Written.com, the audience development platform for content marketing.

A small shoe store in Austin, Texas runs the most powerful publishing empire in the multi-billion dollar athletic shoe market. NiceKicks.com is read by 3.7 million unique visitors per month, according to its publisher, Matt Hafhill.

Unlike a typical blog where readers view one or two stories before departing, visitors to NiceKicks.com view over eight pages per visit on average. And the site has a bigger social footprint than startup-famous tech companies like MapMyRun, Dell, and RetailMeNot.

NiceKicks has traffic, certainly. But more importantly, it obtained an audience — a group of engaged, loyal readers that spend time reading its content and return to the site frequently.

It’s audience, not traffic, that is the holy grail for brand marketers today. And after getting frequently questioned about the difference between the two, I decided to write this post and share what I’ve learned.

In the early days of digital marketing, the world was roughly split between the impression-based brand marketers and the conversion-based performance marketers. Audience sits somewhere in the middle.

Content marketing has a enjoyed a rise in popularity thanks to this. Content marketing’s aim is to develop a loyal audience by creating a deeper, more sustained relationship with consumers via content experiences that actually matter to them.

Audience is not won by simply hitting publish; it’s won by putting a brand at the center of a community with a elegant touch. For example, one e-commerce retailer that I’ve spoken with found an average 22 percent lift to Average Order Value from visitors who had engaged with the blog content — I suspect this is because the brand was not actually selling anything at all; they were just trying to take care of the community.

There is a division going on in marketing right now between Adtech marketers and engagement marketers.

While the quantifiable numbers that Adtech lends provide a clear sense of reach and eyeballs on site, engagement marketers understand that real audience is different (and exponentially more valuable) than simple traffic.

Notice that unique visitors (raw eyeballs) is not included in the list above.

These are metrics of engagement that can determine true audience over mere traffic. In the last 18 months, we’ve even seen savvy publications begin to re-define their engagement metrics, realizing that traffic—alone—is a poor measure of success.

Paid audience without the intent to convert to earned audience is a red herring, and will lead to many thousands of dollars down the drain. Building a (loyal) audience —not simply acquiring it—should be every marketer’s purpose today.

1. Find what your audience wants to read

One of BuzzFeed’s most effective tactics for generating grand slam viral content is to watch Reddit for popular topics, and aggregate what they find. Its team uses the Internet to find content ideas that have already gained traction, then reformat them for maximum viral consumption. Slate’s Farhad Manjoo wrote a fascinating article reverse-engineering Buzzfeed’s process.

Not sure what your customers care about? Ask your customer support department. Go for a ride-along with your sales or install staff.

You can also use tools like UberSuggest to get keywords that people frequently search along with your searches. Troll Quora or Reddit in search of interesting questions customers are asking.

Boring content is boring to write and boring to read. Find a unique angle, write in-depth, or develop a voice that’s pithy and easy to consume.

Human brains are adapted to think in terms of narrative storytelling. Want to know the backstory of every major model of shoe?  NiceKicks can tell you which NBA player inspired it, and most things about its history.

As a percentage, much more of the article content was graphics instead of text. Spend any time on Facebook or Buzzfeed and you’ll notice some of the most popular content is narratives built around pictures.

Use short paragraphs, bullets and lists, headers. There is a 759-word post on AllState’s blog about the seemingly bland topic of septic tanks that contains seven subtitles, leaving each section to approximately 100 words.

When NiceKicks.com writes its headline, it hones in on what customers want to know most: a shoe’s release date. The headline is simply the name of the shoe + “Release Date.”

By way of comparison, FootLocker’s headline for the same shoe fails to highlight anything that its article has to offer. As a result, when NiceKicks.com competes for attention against FootLocker.com (on Google search, Facebook, Pinterest, etc.), guess which headline is more likely to get the click and rank better?

Follow these tips and remember that being obsessed with growing traffic numbers won’t mean anything if you don’t truly have an audience to back you up.