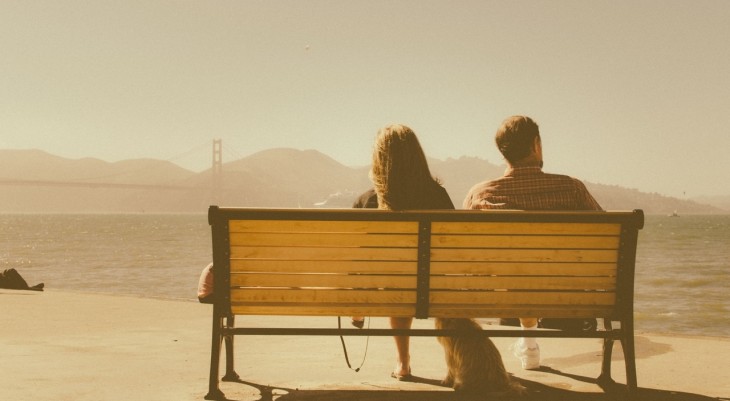 Denis Duvauchelle is the CEO and co-founder of productivity app Twoodo.

Negotiation is not the simple art of getting what you want, when you want it. A great negotiation, whether in your personal or professional life, will leave both parties feeling [somewhat] satisfied rather than producing a clear winner and a clear loser.

Becoming a great negotiator is a skill that will serve you well throughout your life. Many opportunities in life are missed by being unable to bargain effectively.

The impact your negotiation skills have on your choices is astounding.

The problem with negotiations is that no matter how often the deal is presented rationally, it is understanding irrationality that will help you gain what you want. Negotiating and arguing are dictated more by emotion than common sense. They are also affected by chemical alterations in the brain as it prepares for ‘defense’ mode.

Thankfully, there are some tricks you can learn to a) recognise when you are vulnerable and b) earn the right to control the negotiation from the other party.

Could you say no to these puppy-dog eyes??

How not to negotiate

Reputation is king. Yishan Wong gave a good example on Quora. The myth that shark-like negotiators are the ‘best’ is drivel. Constantly interrupting, talking over, and generally talking a lot during a negotiation for the purpose of confusing and distracting the other party is a dirty trick at best.

Sure, you might get what you want – but at what cost? Are you building a good reputation for yourself and/or the company? Nobody likes being bullied into a corner, and they don’t forget it either. It’s also a bad idea to gloat over any advantage you may have, or if you succeed in taking it all.

A bad negotiation is highly likely if you go in unprepared. This is a no-brainer. Being prepared is not only about having all the facts straight about what you are willing to offer and what is non-negotiable, as well as knowing the ins and outs of the whole deal.

It is also about knowing who you are up against: their personality, strengths and weaknesses. In order to ask tempting open questions (where they reveal more about how they think) you need to know the person sitting opposite you as best you can in advance (a tip from Craig Dos Santos).

Finally, disastrous negotiations happen when we are unaware that we have lost control. Negotiations vary between discussions, persuasion and arguments.

Our brains produce cortisol when we are feeling attacked – making us more negative and unable to reflect carefully; or, it produces adrenaline, giving us a false (and addictive) sense of being ‘right’. Hormonally speaking, we are rewarded for winning and punished for losing.

To summarise, poor negotiations arise from:

What happens in our heads during negotiations?

“In situations of high stress, fear or distrust, the hormone and neurotransmitter cortisol floods the brain… So we default to one of four responses: fight (keep arguing the point), flight (revert to, and hide behind, group consensus), freeze (disengage from the argument by shutting up) or appease (make nice with your adversary by simply agreeing with him).”

Those of us subconsciously (but strongly) concerned with status will keep arguing the point. When we lose confidence in our knowledge of the situation, we’ll take a back seat. Or, in order to save face and feel in control, we agree to things we never thought we would at the beginning of the negotiation.

Negotiations and arguments are rarely rational. This makes learning how to behave in them very slippery to pin down in a few steps. However, just being aware of these [simplified] points will make you a better negotiator simply by having an understanding of what is really going on underneath the surface.

Being aware of when chemical changes are starting to kick in – i.e. being able to tell when you are reacting defensively or appeasing for no good reason – tells you when a short break is in order.

Emotional suppression is the traditional advice for negotiation – the equivalent of telling someone with depression to cheer up. It doesn’t work. It can’t. You are an emotional being, and so are the others in the room.

What has been shown to be effective is understanding why you react the way you do in negotiations, labeling it, and appraising it. It is a proven method – a cognitive tool if you will.

“Labeling (Lieberman et al, 2007) and reappraisal (Ochsner & Gross, 2005) are cognitive tools that have been verified in brain studies to be effective techniques for reducing the threat response. These techniques have been shown to be more effective at reducing the threat response than the act of trying to suppress an emotion (Goldin et al, 2007).

Knowing about the elements of SCARF helps one understand issues such as why you can’t think clearly when someone has attacked your status, instead of just trying to push the feeling aside.”  – David Rock, NeuroLeadership

NeuroLeadership has developed the SCARF model to educate people on psychology and negotiation. It is a labeling system to make sense of the reality of negotiations.

A: Autonomy (control of personal decisions)

The purpose of each step is to show you how your actions may be perceived as threats (or why you feel threatened) and how to make the negotiation go smoother by reducing these threats.

Read this PDF to find out more about the method.

You may believe you know yourself best, but there are many insights to be had from those who have had ‘live’ practice in debate with you. They will be able to list the habitual things you can watch out for during negotiations that indicate you are beginning to feel like you have lost control of the negotiation.

Do you sit a certain way? Do you start using your hands a lot? Do you raise your voice?

When you are able to list the indicators, you will be able to take a break from the table, calm your mind, and regroup before bad decisions are made.

Learn the language of your opponent

Talk less and listen more. The most effective language you can use is a language the other party is familiar with, comfortable using, and enthusiastic about. This is why preparing your knowledge about them in advance is important. You can also prepare open questions that don’t seem out of place.

If, for example, the other person is interested in horse racing you can use it as an analogy for the deal you are trying to get. Sometimes you bet on a horse with a ‘gut feeling’ (you should take a chance on us, and your gut is rarely wrong, right?).

Other times it is because of belief in the jockey (you know you can trust the track record of our manager) or belief in the trainer (the CEO only chooses the best, and prepares them excellently). Also take into account that the nature of this hobby is a sport, and therefore competitive; it is not a team sport. Can these factors indicate the kind of person you are dealing with? Make a note of it.

Framing the deal in the language of the other party will encourage them to agree to it – for irrational reasons.

Don’t make it a compromise

A compromise means nobody gets what they want. Instead, have some ‘alternative currency’ (Patrick Driscoll, Quora) that is also of value to the other party.

If it seems that you are unable to negotiate your way to what you want, turn it into an exchange. This alternative could be time, money, knowledge, access – but you have to know enough about the other party to know what a valuable exchange would be.

When a negotiation becomes a choice rather than an all-or-nothing deal, the situation becomes more positive. The chances of both parties leaving with something valuable increases.

Your language: use ‘question words’ and study rhetoric

Rhetoric is the study of persuasive language. It is sure to come in useful for a lot of things in life, so take some time out to polish up your skills.

Also, when asking questions, do not use verbs to begin (e.g. “Is this all the information you have?” or “Are your colleagues aware that they did not meet targets last year?”). Instead, use question words: how, what, when, why where, who.

Not only will you avoid yes/no answers and get more details, but you will be reducing the other person from feeling attacked. It can be hard for people to give a flat yes or no. They have the choice to explain themselves, and choice equals power.

This is a good strategy to build up to the tough questions that do require hard answers. It eases the other party into speaking with you by slowly building up to difficult or tense topics.

If all of this is too new to you, try following the table below. It offers a more concise and tangible way of understanding what to do in a difficult negotiation.

Problem: you play ‘soft’ or ‘hard’

Solution: change the game – negotiate on the merits

Alternatively, take a leaf out of Robert Downey Jr.’s book :)

“Listen, smile, agree, and then do whatever the f*** you were gonna do anyway” – Robert Downey Jr.

Read next: Mailbox for iOS gets updated with auto-swipe feature and Dropbox sync