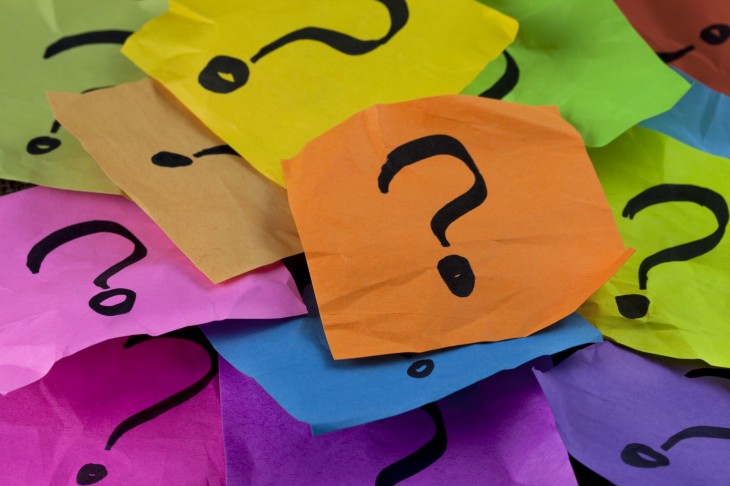 Congratulations! If your startup has made it far enough to expand and still keep its doors open, then you have already passed one of the biggest entrepreneurial challenges that exist.

However, the success of your company is not set in stone, so it’s best to not rest on your laurels and expect all of the growth you’ve experienced to continue exponentially. If you think of your startup as your baby, then an enterprise business is like a toddler: it’s still yours and it may look similar to its smaller form, but there are new, unexpected challenges that have risen with this growth and there’s plenty more learning to do. Treating an enterprise the same as a startup will not only curb success, but it can also send your company right into shutdown.

If you’re ready to scale your company to the enterprise level, here are some important challenges that will be headed your way — and some adequate strategies from people who lived it. Every enterprise is different, and a tailor-made strategy is always best, but these universalities can help ease the growing pains that are bound to happen within a scaling company.

When a startup is in the black and looking to expand, it’s an exciting time. But, one of the worst mistakes a company can make when scaling is not pacing correctly — either moving too fast and overgrowing to the point of unsustainability, or moving too slow and not capitalizing on the market in a way that opens doors for competitors and inhibits full growth potential.

Business strategists call strategic moments of transition for a company “inflection points.” Successful startups have already taken advantage of both internal and external inflection points — whether it be the rapid rise of the smartphone or a timely pivot to a much more profitable idea — but in transforming into an enterprise, it’s key to pay attention to when inflection points will occur and how they affect the company at large.

Mark Herschberg, a professional business consultant and MIT instructor who has guided many companies through scaling stages, says that often times he is brought on board to consult with companies that have missed inflection points wholesale and don’t realize that what works for 10 people does not work for 20. For simplicity, Herschberg says that it’s important to keep in mind the “Rule of Three.”

But these internal milestones aren’t the only ways to pay attention to growth. John Marshall began his enterprise-grade mobile device management company, AirWatch, in 2003 as a wireless hotspot management company before providing device management for old-school mobile devices. When the company was around 30 employees, the recession hit and the company grew as early stage mobile devices became an efficient cost-management system for businesses. Marshall and his partner, Alan Dabbiere, then had an opportunity to take the business to the next level after a chance meeting with Apple.

“I came back to our office, I went to our development team of 10 or 12 people, and I said, ‘Stop everything that you’re doing. We’re going to focus 100% on managing smartphones and integrating into what Apple is doing,'” Marshall explained. “Three or four months later in 2011, we brought the product to market and it was a turning point that allowed us to be early.”

Development of a mobile device management system compatible with iOS shot AirWatch into the enterprise level. Now the company employs 1,200 workers and continues to remain competitive in the mobile management space. Marshall says the company’s acute attention to timing helped foster that success and make them an early leader in the BYOD world.

“We saw an opportunity in the market and we had the vision and the idea that this was going to be revolutionary. We never looked back.”

This sounds next to impossible, but personnel onboarding as an enterprise relies on a series of chess-like hiring movements that not only mirror the growth of the company as it is happening now, but the shape of the company it could be in the future.

Still confused? John Marshall says he and Dabbiere’s hiring process at AirWatch was full of calculated maneuvers to keep roles relevant and the company right on track.

“You want the right person at the right time, but you also want them in the right seat on the bus,” Marshall explains. “You have to have the role and the opportunity that aligns with the skill set and the person — and a clear idea of what you want that person to do. Then, you also have to have an organization that can support them.”

Understanding positions like seats on the bus is one half of John’s hiring techniques, which he says contributed greatly to smooth scaling on AirWatch. The other half? Saying no to titles in the beginning, which forced every employee to pull his or her weight. This is almost the exact opposite of how startup culture — full of just about every acronym in the C-suite and then some — chooses to act. But in an enterprise, there’s no room for egos.

“I want to be able to move people around, have them shift, and go from one group to another,” Marshall explains. “If they’re a VP and not great for that position, you have to make an artificial VP title to rearrange them without making them angry or demoralized.”

A companion to the onboarding process is the realization that the team best equipped to run a startup is not always a team best equipped to run an enterprise — some coworkers can (and will) be demotivated in the scaling process and realize they’re not well-suited for running an enterprise company. Herschberg says that understanding when and how people work best is key to success in scaling, and keeping someone around long past their skills or desire remain relevant is just as bad as hiring someone whose role is not yet right for the company.

3. Your Finances are Different

Whether you’ve bootstrapped your way to the top or went through a few rounds of funding to get where you are, the next stage of growth relies not on how well you spend your money, but how well you save it. Past the startup phase, it’s all about creating a long-lasting and supportive financial ecosystem that not only covers the assets you have now, but provides enough ample growth for the future.

“Financing can be stressful,” Marshall says. “You learn very quickly whether people are adding value, what investments make sense.”

Both Herschberg and Marshall recommend that companies examine their whole strategy — and how it is funded — every quarter, as well as maintain a longterm strategy that encompasses the next few years and changes as the company makes new decisions. Herschberg says that too often when he goes to consult with an enterprise, the executives don’t realize how far off the company has veered until the changes are already in effect.

“Every day, as you’re a startup, things will change slightly. And when  you’re in the day to day, you don’t notice the heat is kind of slowly turning up on you, and that you’re slowly veering off what your original course was,” Herschberg explains. “I’ve sat down with companies and completely mapped their behaviors, and suddenly they realized that the temperature changed each day and the process they have is so different from the process they need it to be.”

A stringent and thorough financing process is what kept Marshall and the rest of the AirWatch team from taking out a round of funding until the enterprise stage, with a recent $200 million Series A round led by Insight Venture Partners — a fact that Marshall is very proud of.

“You always know that the best time to get a loan from the bank is not when you need it — it’s when you don’t need it,” Marshall says.

Although every company’s path is different, the most important thing a scaling business needs is attention to detail:

“It’s all coming back to having a good foundation and having your nose to the grindstone,” Marshall says.