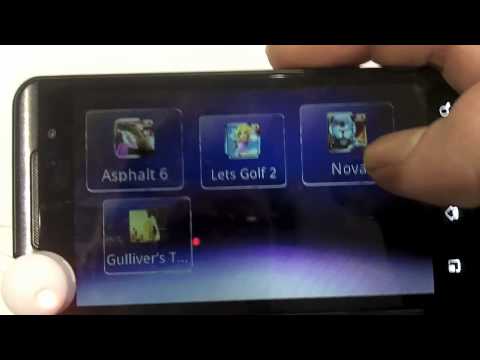 “It’s the year 2011 A.D. In a World Wide Web not so far away, the evil empire of Facebook slowly expands and everything social seems to be under the rule of the big F. Everyone? No, one tiny startup dares to be different.

“One company manages to upstage one evil corporation that sells user data and absorbs every website it sees as threatening, one tiny start-up dares to be different, one rising company manages to resist Facebook every time and, in fact, challenges its authority every single time. It’s name…?”

Facebook tries to be everything but it can’t be the best at everything. So, a dedicated service with social features can make waves in their own area, then build on that. Instagram is growing, because people share all these photos on Facebook and Twitter. Every time someone posts a cool photo, some friends on Facebook are going “I like that!” That’s the effect you want for your service as well. Instagram creates goodwill this way and if it manages to get its web interface right at some point, who knows what could happen with the right strategy?

Being interesting from the start is important. Like Martin Bryant wrote last month, one of the annoying things about Color is that the first time you use it, chances are there’ll be nothing for you to see. That is NOT interesting and thus a lot of people might be put off and not use it.

So if you have an idea but realise it’s only going to be fun when a LOT of people use it, make sure you’ve got something else to keep users interested during the launch phase. Instagram is interesting from the second you launch it. Perhaps restrict the usage of the app to certain areas to have more control over the launch. That worked for Foursquare: where it works, it works well.

So you’ve got an interesting thing going, then it’s all becomes about being cool. People talk about cool things, and that’s actually easier than it sounds. While we’re living in a world fully controlled by marketing, every new product has the potential to be mind-blowing when promoted by the right people in the right way. Apple could sell Steve Jobs’ garbage in a shiny white box and people would buy it.

Although selling garbage isn’t really going to work. After all, not long after Ping launched, people realised it wasn’t interesting (probably just like Jobs’ garbage). But say your service is both cool and interesting (like the Foursquares and Instagrams of the world) then all it takes is being smart, making the right decisions at the right time.

Smart things, like showing people how they should use your service when it’s the most fun (for example at festivals and parties) and attracting the right audience. This is when true entrepreneurship (and possibly a bit of luck) will surface. Get the word out by using the right opportunities that your audience will appreciate. Make Facebook widgets and apps: make sure to properly invade the Social Network. Because one good idea, just a good idea, is not enough.

To break the dominance of Facebook and claim a market share with your social app, you need the style of an up- and-coming team of young enthusiasts, you need to get the right people excited about your idea and you need to work it right. Thankfully, a lot of up-and-coming companies realise this. People may think there’s no room for anything besides Facebook and maybe sometimes it does feel that way. But the internet is ridiculously big and ever-changing.

To think it’s no longer possible to change things is a mistake. Thinking that will be easy, however, is a mistake as well. So be interesting, be cool and be smart.

Read next: Create attractive photo collages for your iPad's wallpaper with StackPad