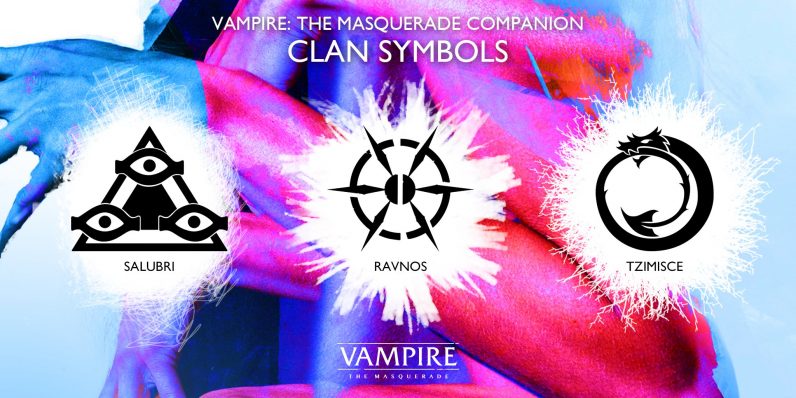 If I had a dollar for every article I’ve read that started with “2020 was a tough year for everyone,” I’d be rich enough to not be here writing this one.

But it was! And with a couple weeks left I’m still not convinced we won’t face the zombie apocalypse by Christmas. That being said, I’m more prepared than ever for whatever horrors await these waning days and those sure to come in 2021. Because I’m a vampire.

Vampire: The Masquerade has been around for decades. Today, the World of Darkness (that’s the universe in which V:TM exists) released a companion book for the Vampire: The Masquerade V5 Core Rulebook. It’s a 65-page free PDF you can download that, to use a video game term, is basically a full-featured expansion pack to the main game.

I’ve been playing V:TM since the early 1990s when it was released by a company called White Wolf. The IP’s since gone through some changes and now it’s controlled by Paradox Interactive.

You might recognize V:TM or World of Darkness from the “Vampire: The Masquerade Bloodlines 2” video game set to release next year. It’s gained a bit of hype in the gaming world, even beyond just the hardcore fans. And for good reason. If this trailer doesn’t get you curious about the World of Darkness, I don’t think anything will:

I can’t help but think of Stanley Kubrick’s imagining of Anthony Burgess’ “A Clockwork Orange” whenever I watch that trailer.

The World of Darkness, as advertised, is a gritty and dark place that holds a mirror up to modern society. The universe covers more products than you can shake a stake at. There’s the tabletop roleplaying games the whole thing is based on, the original V:TM and Werewolf: The Apocalypse (plus other titles from older versions are on the way).

And then there’s a whole glut of board games, video games, novels, live streams, and a couple card games. There’s even a game you play on Amazon Alexa. Hell, they’re making a battle royale video game and a VR experience too.

The Orpheus Device, voice-controlled free horror game by Dave Grossman and Richard Dansky, set in World of Darkness universe, is out now!

Available for iOS, Android and Alexa (check thread below for the instructions)!

And there’s also my personal favorite way to enjoy the World of Darkness, a live-streaming “TV show” (those are air quotes) called “LA By Night.”

At the heart of the World of Darkness lies the simple premise that, for the most part, the characters you play are monsters. You’re a vampire, or a werewolf, or a wraith, or even a demon. There are some exceptions (there’s a game focused on monster hunters called, aptly, Hunter), but typically the true antagonist in the World of Darkness is your character’s ever-ebbing humanity. In-game this is called “The Beast.”

The stories told in the World of Darkness are not about heroes vanquishing villains. They’re about monsters clinging to their humanity. You play against yourself, essentially. The challenge isn’t to win, but to experience a good story.

I spoke with Justin Achilli, World of Darkness Brand Creative Lead, and Jason Carl Brand Marketing Manager for the World of Darkness earlier this week and, aside from fanboying out (Carl is the ‘Storyteller’ in the LA By Night show), I managed to ask a bunch of questions about the company, its products, and its fans.

Typically, when I’m talking to a game designer for a product line-up as complex as WoD’s I’ll ask where new players and fans should enter. For example, there’s a “New Blood” starter pack for people who’ve never played the V:TM tabletop RPG before. But that’s not necessarily the most interesting or best way to enter the entire world.

Achilli’s first work as creative lead on the core materials is the V:TM Companion, something he was obviously passionate about when we spoke, but both he and Carl agreed that the overall vision of the company was for, as Carl says “people who’ve never rolled dice” to get as much out of the universe and its lore as the hardcore tabletop gamers who’ve been down since day one.

As mentioned, LA By Night is my favorite part of the universe. It’s a streaming show that Carl described as being similar to both an old radio play and early TV shows where most of the action happened live.

It’s basically a group of professional actors sitting around a table, in costume, playing Vampire: The Masquerade with Carl as their “Storyteller” (a dungeon master or game master in most RPGs). The show plays out in 2 to 3-hour long “chapters” that exist within a longer chronicle. I’ve described it as my favorite vampire TV show ever, you should give it a full episode or two if you want to decide for yourself.

Thought I’d share this beautiful photo with the #vamily! It explains a lot between Nelli and Annabelle. @erikaishii’s expression breaks my heart every time I see this. 🥺 #happywednesday #labynight #Vampirethemasquerade #ttrpg pic.twitter.com/i7Ac30NDqD

Aside from being really cool, it also serves as a strong portal for newcomers to enter both the World of Darkness and tabletop gaming in general. There’s as many ways to roleplay as there are people roleplaying, but not only are the people playing the LA By Night chronicle all professional actors and roleplayers, what they’re doing is actually considered canon in the universe.

Plus, they manage to seamlessly explain the rules and the gameplay as they go, so it’s helpful for those trying to figure what a good game of Vampire should look like. Watching an actual world of characters and intrigue get improvised into existence in front of you is a fantastic motivation for newcomers to start telling their own stories in the World of Darkness.

What’s more important is that it’s not a brand-placement advertisement gussied up to look like a game. It’s evident LA By Night is a work of passion. Carl told me it was his “love letter to the World of Darkness,” and I think that’s evident on the screen. By the way, I’m not all the way through the first season yet, but so far Jasper’s my favorite and my fiancée really enjoyed X.

It’s the sincerity of LA By Night, that is to say the genuine glee with which its cast members play the game, that makes it special. The main cast is exquisite and the guests have done an amazing job of fleshing out the other denizens of the chronicle. Watching them makes me feel like I’m playing too. It makes me feel included.

And that’s what V:TM and the World of Darkness are all about. It’s a place where, rather than hide from reality’s problems in a dungeon or fantasize about life in space – both perfectly valid outlets – it gives players the opportunity to go head-to-head with whatever bothers them in an environment where they can tell the story they want to hear. Even if it’s just blowing off steam, it’s a safe place to put those big feelings and emotions.

The World of Darkness fictitiously exists within the same world we live in today. So, for some, becoming a vampire is a way to explore ideas about themselves that aren’t necessarily safe for them to explore in the real world. A teen struggling with sexuality, bullying, or social anxiety might create a character who lets them explore sides of themselves they otherwise couldn’t.

Check out Owen Duffy’s “I was a bisexual teen bloodsucker: how Vampire: The Masquerade saved me from early-2000s homophobia” on Dicebreaker.

And while you can do this in any tabletop game, few so eloquently point us toward the real world and its very real problems as Vampire: The Masquerade. The game practically begs you to ruminate on the true nature of what it means to be a person. Will you save your humanity by hunting the scum of the Earth? Will you risk it to punish those you held as enemies when you were still human?

It also allows us to view our very real problems through the lens of someone else. I may not enjoy having to wear a mask everywhere I go, but some vampires look like monsters (called Nosferatu) and I often imagine how wonderful it must be for them to suddenly live in a world where walking around in the middle of the night with your face covered up while trying to avoid any social contact is now the norm.

I also live with mental illness and there’s a specific kind of vampire character in the game that, through coming up with backstory and experiencing what it’s like to walk a mile in their fangs, helps me find ways to express what it’s truly like to be depressed, anxious, and live with PTSD. Called “Malkavian” they’re typically viewed as insane by other “kindred.” I feel like everyone thinks I’m crazy too, sometimes, even though everyone has mental health.

Chances are, whatever’s going on in your life, there’s a character in the World of Darkness who reflects your pain or fear. Engaging in the world through their eyes, safely in a game, forces you to find that character’s strengths and, perhaps, could help you find yours.

I can honestly say skipping out on reality to live in the World of Darkness for a few hours a time was a pretty big factor in getting me through 2020.

Whether playing the first Bloodlines game, enjoying the fantastically written Shadows of New York and Coteries of New York interactive fiction games (wow are they good, more on that in another article), or just curled up with my fiancée watching LA By Night, I found myself comforted time and time again by the richness and depth of the infinitely adaptable World of Darkness.

Read next: Google's latest Chromecast is finally getting Apple TV+