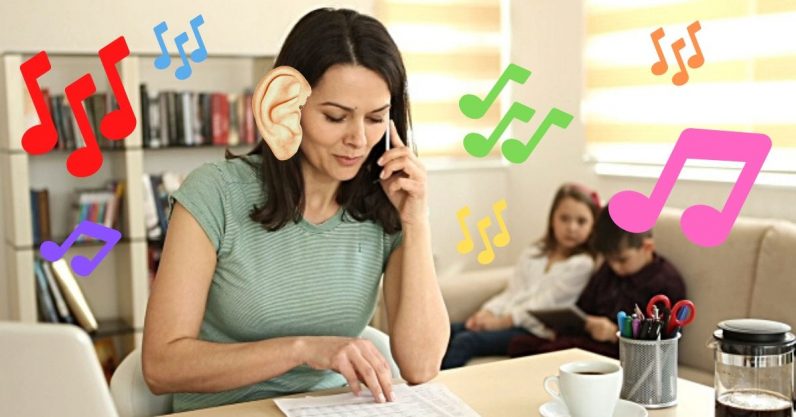 I’ve been listening to loads more music these past few weeks, which also means I’m blowing through my usual sources of new tunes at a much faster pace.

It’s Friday, which means I’ve exhausted my Spotify Weekly Discovery playlist days ago. I’ve relistened to all my favorite albums, and I’ve even hit shuffle on my decrepit iTunes MP3 vault. I could start cold-calling new artists, but there’s so much stuff out there, it’s overwhelming. And when I feel overwhelmed, I revert to a childlike state — I want someone to do it for me.

That’s why I’ve dived into the world of DIY online radio.

It all began when I read about Radio Caroline, a UK radio station live broadcasting from a ship: the Ross Revenge. Founded in 1964, this offshore initiative sought to circumvent the tyrannical control of recording companies over pop music. The pirate radio station broadcasted tunes from international waters, and while its existence was never actually illegal, it was unlicensed for the first 27 years of its existence, and the Marine Offences Act of 1967 made it illegal for any British subject to be associated with it.

Fast forward to now, and Radio Caroline is still running. In fact, I’m listening to it now.

And no, you will not love every song and you cannot click through to the next one in the hopes the algorithm will learn to please you better, because there isn’t one.

Here are some of our favorite independent online radio stations that are currently still broadcasting from across the planet. Give them a listen, support when you can, and enjoy!

A nostalgic seaside resort theme can be felt with (Palanga Street Radio). Palanga is the name of a popular Lithuanian seaside resort that’s buzzing with people for only three hot months of the year. Many locals dream of memories from this colorful place for most of the cold season.

While nostalgia and the seaside dictate the spirit of the radio, PSR’s DJs, who are mainly Lithuanian but come from 16 different countries, don’t follow rules governing genres: “We encourage contributors to mix different genres and not be afraid of experimenting, breaking a usual format of radio shows or mixes… The contributors generally share a collaborative spirit and willingness to explore — that is what drives PSE into a multitude of colorful moods and surprising sounds.”

WBAR is the official college radio for Barnard College, the women’s college of Columbia University. I had to include it because I’m an alum and used to be a WBAR DJ — Saturday morning 3-5 AM slot, thank you very much.

The radio is wonderfully cobbled together, and the shows typically have a feminist and punk feel.

Hong Kong Community Radio is a radio channel that broadcasts international shows out of a leather jacket store, but still keeps its local community of creative people, musicians, and artists at the center: “I think the community around that place is incredible,” Gaika, who plays on the station when he’s in Hong Kong, told The Face.

Currently, they’re streaming shows every Tuesday and Wednesday from 19:00-23:00.

HKCR Podcast 003: Vincent Yuen Ruiz Vincent Yuen Ruiz (1990) is a Swiss musician, composer and improviser living in Copenhagen. His compositions are a study in patience, a focus on repetition and the interaction between timbres and resonances. A certain idea of stillness is often leading his sonic explorations as well as giving a narrow framework to his improvisational style. A minimalism at the border of reductionism mixing tonal melodies and textural approaches. He works both as a solo artist and with various electro-acoustic ensembles LISTEN: link in bio

This independent radio station was founded in 2014, and streams from studios in Paris and Lyon.

Its Facebook About page says: “We’re an interstice between the margins and the greater land, a conversation between the underground activists of music and curious listeners.  We’re a home for the reckless, pointless entrepreneurs of music: we let their weirdness release.”

Typically, this Webby-nominated radio station broadcasts out of a 20ft container behind “Strichka”, a former ribbon-weaving factory in Kiev. Think dark sounds, techno, and psychedelic pop from a host of international DJs.

Radio Radio is a club-backed radio station that platforms DJ sets, live music, and talks. It was started to support the club’s community, staff, and DJs during COVID-19. It’s not online 24 hours — you’ll have to check Radio Radio’s Instagram for showtimes.

Elias missing the club is a mooood… his show yesterday was such a perfect start of the day. Up on Soundcloud nowww

This radio station is a part of a DIY community center called PUNCTUM in an abandoned area of Prague’s Zizkov district. The venue is now an award-winning venue for experimental music, and will be launching a new website this month.

“Radio dramaturgy used to be very organic and probably that is why it has such strong roots and believability – it’s based on activities of subcultures itself which might be too edgy for normal radios,“ Lucia, a Radio Punctum spokesperson, told TNW.

“We create a space for evolving and influential communities around Prague’s music, art and club scene. We host regular shows run by residential local artists and collaborative platforms based in Prague, and actually the whole Czech & Slovak Republic.”

The live-streamed shows take place two to three times a week, and try to represent non-mainstream genres — techno, house, and DnB are kept to a minimum.

An ultimate cure for social distancing goes with name VIRTUAL HEALING 🔴 A new platform will bring livestreams to your home for next weeks, created as an initiative of collectives emerging from the local culture scene. Follow fb event for dates, timetables and more details.

IDA Radio was started out of a mission to create a space for uncensored expression:

“We started as an independent cultural platform two years ago and invited music nerds, art curators, cinemas, literature enthusiasts, DJ’s and others to join us,” Ats, a spokesperson for IDA told TNW. “Today we are home to more than 250 hosts and their shows. Feels good.”

The genres of the shows are varied — “We’d like to think we don’t say no to (basically!) any genres. Of course, we like to test-drive our fresh hosts and have a perfect platform for that — a show called IDA Folder.” IDA also hosts talk-shows on different topics to “cure the intellectual needs of our listeners.”

The hosts come from all over, and ranging in experience from brand-new to 20+ year veterans: “It doesn’t matter if the names are small or big, if we taste the hunger and need to say something — we’re here for them!“

Read next: Digital dating under lockdown is driving me insane