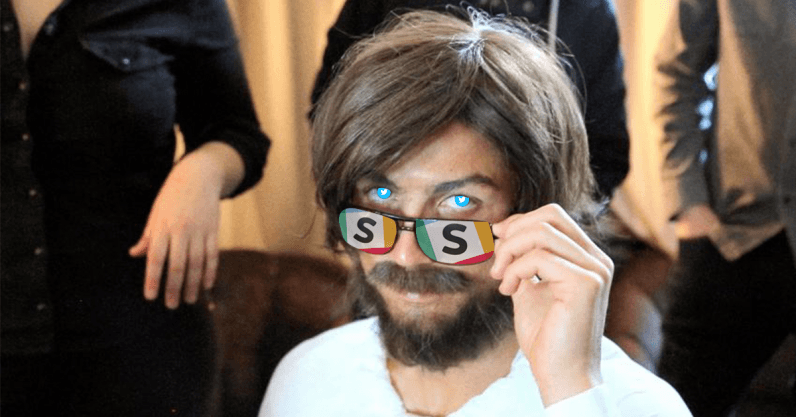 Some human experiences are universal; they exist wherever our species may be. For example, games have been played worldwide for millennia, most religions were developed to make sense of our existence, and – potentially most widespread – people finds ways to pretend they’re working when they’re not.

So, one and all, welcome the next way we can avoid effort: a Google Chrome extension that makes Twitter look like Slack.

The person behind this project goes by the name of Chanchii and we were alerted to its existence via a tweet from Kiyo Yamauchi.

Chanchii is 23 years old and lives in Japan. He told TNW he’s a designer at Kayac, a Japanese production company. Chanchii is in “in charge of application, web design, and production.”

The Chrome extension “took about one and a half hours” to make. When we asked about why the public seem so enthusiastic about the project, Chanchii jokingly said “maybe [it’s because] humans are lazy,” but that he was just pleased if it helps people.

The method of disguising a website in the skin of a more traditional work platform has been around for a while. One of my favorites from back in the day was MSOutlookit. This made Reddit look like Microsoft Outlook and I used this religiously while working in one of my first office jobs. Just don’t tell my old boss, okay?

Chanchii’s extension looks far more slick. The only problem is that it isn’t out… yet.

“I’m planning to release it within the year,” Chanchii told us. And an English version? He’s working on that too.

While I can actually use Twitter at work (it’s research, y’know?) there are plenty of other jobs that are far less forgiving. And let’s face it, everyone needs some downtime during work. You deserve it.

So, stay tuned – we’ll make sure you’re alerted as soon as the extension goes live. And don’t blame yourself if you’re getting excited, it’s just human nature.