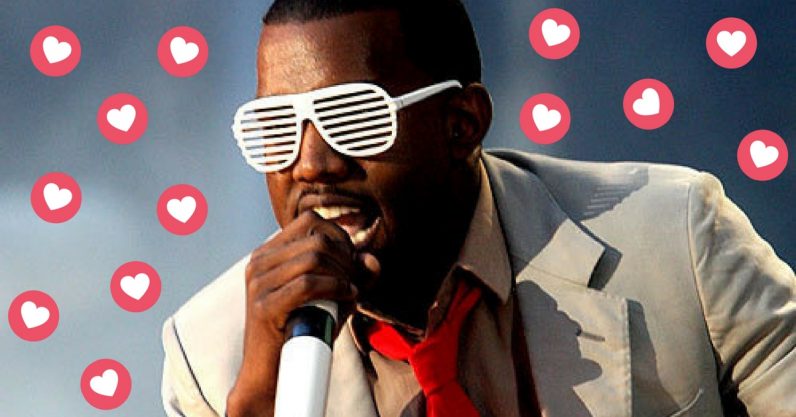 What followed was a tweet storm of epic proportions, consisting of cryptic rants interrupted by the occasional fashion photo. It included him backing conservative, and accused far-right, figures — as well as his buddy Trump.

Why, you ask? Because he’s writing a book “in real time.” Duh.

oh by the way this is my book that I'm writing in real time. No publisher or publicist will tell me what to put where or how many pages to write. This is not a financial opportunity this is an innate need to be expressive.

It’s always been tricky to be a Kanye fan. He values freedom of speech above most, but his opinions are given so obnoxiously they can’t be ignored.

Personally, I’ve always been fond of him for his enduring self-belief and eagerness to speak his mind no matter how crude, but Mr. West is becoming increasingly difficult to defend.

A recent Vice article urged us to “let Kanye be Kanye.” True, but he seems to constantly test not only the “thought police” he despises but us, his loyal fans — how far can he push us before we stop loving him? His Twitter used to feel like a confusing, but warm, hug, and now I cringe every time I get a notification.

truth is my goal. Controversy is my gym. I'll do a hundred reps of controversy for a 6 pack of truth

For these reasons, we need a safe space to discuss our Yeezus more than ever, to appreciate him critically, but without malice. What better space than a dating site?

Yeezy Dating is here to save us all

The announcement of Yeezy Dating began to spread in early March. Starting as a crowdfunding project, creator Harry Dry, a 22-year-old Brit, describes it as a site that “will pair up singles who love Kanye as much as Kanye loves Kanye.” Despite not reaching its funding goals, the concept spread around the internet and gained fervent support.

The only rule? “Taylor Swift fans are banned from this website 🐍.”

We asked Dry about his plans for Yeezy Dating. He responded: “My first priority is growing the community. Making sure that wherever you live in the world you can find someone to chill out and listen to ‘Bound 2’ with.”

When asked if he himself is using the site, he replied, “Of course I’m on the site!”:

There’s this saying, ‘solve your own problems’, and it makes perfect sense. Your own problems are the ones you’re an expert in. Dating apps like Tinder/Bumble were, for me, unusable. You just swiped after like two seconds looking at a photo. And you had nothing in common with the person you matched with except you both wanted to have sex with each other.

It was awful. So this idea came out of a frustration with what’s currently out there.

In lieu of the under-construction site, Dry opened up a Telegram group where the interested community could wait for updates.

I joined, and, after being met with almost 800 people “dating” each other in the most Kanye style possible, immediately silenced the notifications. It was a clusterfuck — energetic teens sending random lyrics in CAPS LOCK and incoherently arguing about nothing. Every time I looked at my Telegram app I had another two thousand unread messages, sending a cold shiver up my spine.

The dating app was announced to be open for business on April 11th. On April 12th, the server crashed.

To register, users had to fill out a simple form — name, sexual preference, closest city, favorite song (out of Kanye’s repertoire, of course), top three artists (only select artists are available to be chosen — I went for the holy trifecta: Kanye, Kendrick, and Frank Ocean), and favorite album (College Dropout lulls me to sleep every night).

There was room for a short profile and one photo, but no settings or filters for age or distance.

I filled out my profile in the incredibly cursory way only someone who felt deeply uncomfortable with dating apps would — my bio read “hi” and I refused to connect any social media, because murder.

I scrolled through blurry and warped photos of boys — I say “boys” because most were 19 and under — from as near as my city of Amsterdam to as far as East Germany.

In the name of journalism, I sent a cheeky ❤ to three lucky men.

As you can image, I received no matches immediately which threw me into a self-doubting spiral.

Kidding, it did not. But I did think to myself WWKD… What Would Kanye Do?

I revamped my bio, with one of my favorite Kanye-isms, and a controversial question.

I then put down my phone and promptly forgot about the dating site for three hours — until I received an email.

I soon after received three (!!!) other matches on Yeezy Dating. I don’t know if that’s a lot, and I don’t care.

After scrolling, chatting, and not meeting anyone in person (because, again, murder) I’ve come to some conclusions.

Firstly, this dating site is crude and, if it wants to grow, it will need location and age filters, as well as support for better quality photos. However, considering the creator is a lone 22-year-old self-taught coder, it makes for a pretty smooth experience.

Secondly, its extremely basic interface and limit of three ❤’s is refreshing, as is the idea of a dating site revolving around a theme, not rules of interaction (females message first, you can only match with mutual friends, etc.) or douchey social divisions (looking at you Raya, The League, etc). On Yeezy Dating, there’s not much to focus on besides, well, Kanye.

Thirdly, there is currently a privacy policy and terms of service in place, and users can block others as they wish. Harry is moderating the site solo but “in the future, there will be some clearer guidelines and other moderators will be added.” As it grows, the crowd could soon become unwieldy. Another thing to consider is the possible conflicts practical community guidelines could have with Kanye’s own fervent opposition to censorship.

If dating apps are built upon social constructs anyway, revolving them around a central passion point seems a far more authentic way to unite people — and Yeezy fans are passionate (read: obnoxious) enough for it to work.

At the end of the day, Yeezy Dating’s true value isn’t so much dating as an opportunity to bring Kanye fans together at a time when we need the comfort most. “This site is a celebration of Kanye West. Not just his music. But his outlook. His way of thinking. It’s about bringing together the dreamers. The people who challenge the status quo.”

But could it bring me the Kim to my Kanye? Probably not. Besides, I’m saving it for Yeezus.

Read next: Taking Responsibility Isn’t Just a Trend, It’s Key to Being a Successful Entrepreneur