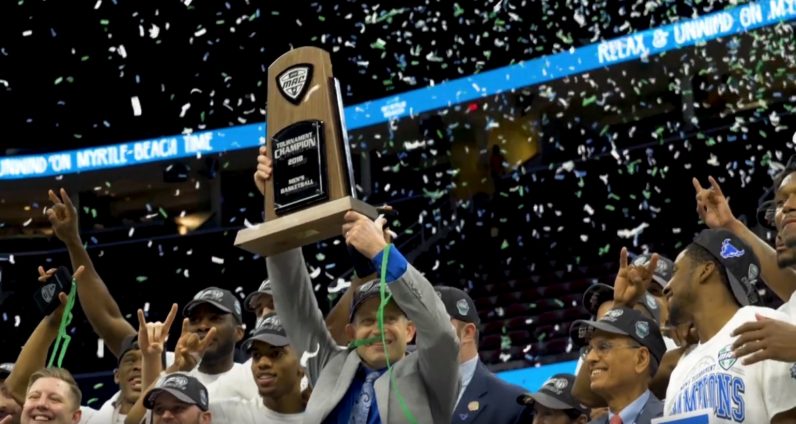 March Madness is here and the 2018 NCAA Men’s basketball tournament is officially underway. In order for cord-cutters to avoid missing this year’s Cinderella stories on the way to the championship they’ll need a way to watch the games without cable. We’ve got you covered.

First, before we get you set up, we should set the mood. Here’s St. Bonaventure’s excellent team looking magnificent against UCLA yesterday.

In order to watch every game you’re going to need CBS and the Turner networks (TNT, TBS, and TruTV) or the official NCAA March Madness Live app.

The app works on most platforms (with the caveat that CBS games can’t be streamed on Apple TV, Roku, Fire TV, and Xbox One). But after its three-hour trial it requires you to have a television provider for continued access.

Luckily there’s a few online streaming providers that are accepted as cable providers in the app:

Each offer free trials ranging from five to seven days. With the tournament ending on April 2nd you could just about watch every game for free if you did a little switching. But, since all three services start at about $40 monthly, they’re actually cheaper than cable TV and provide solid value for customers who want to watch live events but don’t want to deal with hidden fees and contracts.

You can also get CBS and the Turner networks on DirecTV Now and Sling TV, but neither are listed as accepted providers in the March Madness Live app.

Before settling on a specific service it’s important to make sure the channels you want are available in your area if you’re not going to be using the app. Pay particular attention to whether or not a local CBS channel is offered if you want to watch all the tournament games.

Have a happy tournament and may your brackets be strong!

Read next: Review: SteelSeries' Arctis Pro is a gaming headset made for audiophiles