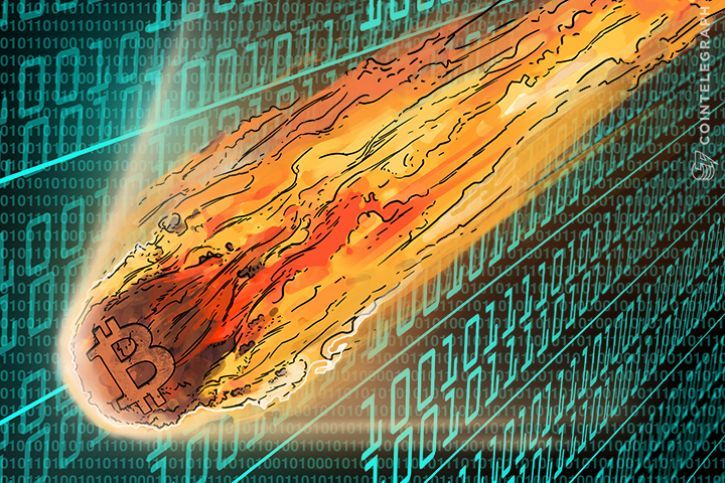 These past few days have seen a ferociously wild volatility in the markets, in correlation with FUD spread through speculation regarding China / South Korea regulatory action (and the potential for other countries to adopt similar policies) as well as sensationalist stories and misinformation spread by voices of the mainstream media.

At the time of writing there has been a loss across “Bitcoin and altcoins [by] up to 40%” – which is being considered by market-positive media skeptics as well as steadfast HODL-ers as a temporary buyers market, or “Crypto sale”. One possible reason for why people are making this claim argument for this is the expectation of an inevitable price resurgence.

Learning from the market price rebels?

There is proof that true stability and growth in coin value can be attained in spite of short-term spikes. This can be found through study and analysis of examples whose market changes have often gone against the grain of general market trends.

NEO (and it’s co-currency GAS) saw a meteoric jump in market price: from $127 to $147 per unit overall since the 10th of January, peaking at $196.85 just yesterday whilst all other markets were dwindling.

In fact, you would be a millionaire today if you had brought into Raiblocks (XRB) at under $5 per unit around the 22nd of December 2017 and held onto it till January 5th 2018 (where it peaked at $36). This is provided you were privileged enough to risk an odd $138,889 back then.

These gains would not have been achievable without the backing of long-term stakeholders such as enthusiast token holders, professional partners, and a well-managed community.

If an ICO can foster an active and dedicated community it can result in a symbiotic relationship between them and the development team. This is especially valuable, as these communities are currently almost exclusively comprised of technically astute token-holding enthusiasts.

Enthusiast investors therefore help put the currency on the map and spur its opening trajectory; while also helping to retain the value against market fluctuations.

By basing an offering on a platform which offers integrated development opportunities for third-party partners, the collective knowledge of this community is bolstered. Technological improvements can be contributed as a result of each contributor’s own developments and case testing.

Community as a commodity

To attract these valuable assets into the community, these ICOs actively must actively prioritize them as part of their PR strategy.  This includes direct messaging (clear and regular blog updates, relationship building with individual community members), bilateral communication (AMAs, answering questions, etc) and managing the atmosphere in which community members interact.

You will notice that the most successful examples of ICOs are also ones which have one or more space where individuals can easily get together and voice their thoughts without censorship. A place where they can voice concerns and get an answer, as well as discussing news freely and have a reasonable discussion.

While the value of these particular members to the community is great, it’s the size and confidence of the community which acts as a catalyst for investment from speculative traders and investment pundits. This is because it is a strong representation of the strength of the technology both in functional capability as well as the practical value of its applications.

Enter Lina.review: an Ethereum backed, ratings focused ICO (it launched in the 15th January 2018) which uses the blockchain to independently verify and store trustworthy, tamper-proof, and quality controlled customer reviews.

By appealing to shared universal interests, the foundation of Lina’s system offers benefits and appeal to a much wider public demographic, beyond just techies. These include consumers (who have a vested interest in objectivity in their recommendations), retailers (who stand to profit from increased customer confidence); as well as the reviewers themselves, and potential partners who want to tailor the technology to their needs.

Regarding the latter, Lina is (much like with NEO) a platform for third-party development at its core. Organisations that want to take advantage of the benefits provided by its infrastructure have an opportunity to get involved.

Keeping reviewers engaged and satisfied is the ‘LINA token‘, an ecosystem crafted in part as a reward system: to entice and build loyalty with reliable and trusted customer reviewers (or “Helpers”). These are to be used as a quantifiable incentive for good work.

You can learn more about the solution in question, as well as it’s potential for practical application by looking at their recently launched MVP: a real-life use case, and testing bed for use by entrepreneurs and other interested parties.

This post is brought to you by The Cointelegraph an is not an offering of securities or a solicitation to invest in securities. Yes, TNW sells ads. But we sell ads that don’t suck.