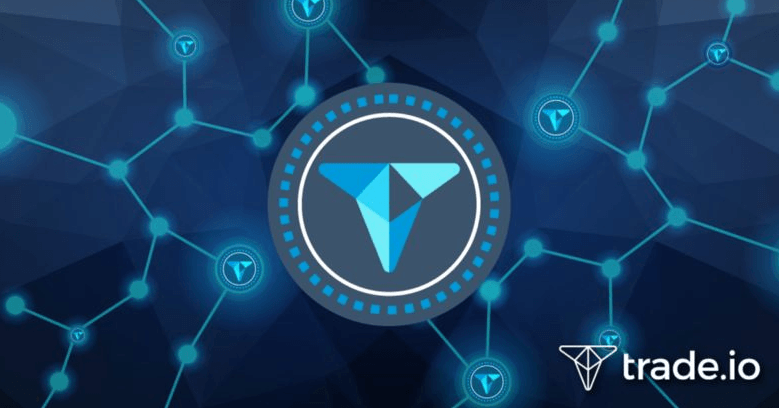 Whatever asset class you favor, the truth is you are probably using a middleman to execute trades unless your volumes are significantly large. Currency, equities, debt or commodities all have brokers, exchanges, banks and other financial institutions that take their cut from you.

These individuals and entities will get their share whether you make a profit or loss. At first glance, this does not seem to be fair and on closer examination, it is not fair. In this day and age, we should be able to leverage existing technology to conduct trades and make investments at lowers cost.

Blockchain technology can be deployed to create a trading platform that would allow users to conduct peer-to-peer transactions at a fraction of the cost of existing exchanges, which means the public can avoid the fees and commissions that financial institutions like to extort.

Trade.io is developing just this type of exchange, which means customers will have a cryptocurrency trading platform that unleashes a new way of conducting trades.

A trading platform built on experience

What gives Trade.io a competitive advantage over existing exchanges is the people behind the idea. The company is based in Switzerland and has a team of people with experience in fintech, trading, investment, banking, and finance in place.

Jim Preissler, the CEO, has over 20 years of international business experience and comes from a private equity and investment banking background. Damian McDowell, who’s a board member, has two decades of experience in financial management and operations, while Manmohan Singh, the Chief Strategy Officer is a private equity investor and an entrepreneur.

William Heyn who will oversee Capital Markets operations is CEO at a middle-market boutique merchant bank. The board members, executives, and advisors all possess the experience to understand, launch and provide advisory services to the company. This includes both the financial as well as the blockchain facets of the operation. The experience of the team members also extends to start-ups, consulting and management. The team holds securities licenses in the United States and other markets.

The present-day system is one that exposes investors to counterparty risks and charges them for the privilege of conducting trades. Trade.io provides an opportunity for all stakeholders to experience democratization that the markets should have been able to offer by default but which has been lost due to the present financial setup.

The new platform brings democracy back to the markets while providing an economical and efficient service as it plans to charge less fee than its rivals. Trade.io will be able to support various asset classes and also bring to investors the benefit of blockchain technology in the form of an indelible ledger.

The team’s expertise will add to the product offering as customers can benefit from the profit sharing between users as well. In a press release made available to Cointelegraph, Jim Preissler, the CEO of Trade.io, highlighted the thought process behind the platform:

“This is not just about distributed technology… it’s about distributed wealth…Blockchain technology allows us to achieve the vision of distributed wealth through our peer-to-peer shared liquidity pool. Historically, the revenue streams which are hidden from the typical investor are the real profit engine of brokerages. We intend to seed the liquidity pool with approximately $50 million cash, as well as 50 million Trade Tokens. All participants will share 50/50 from our seed contribution as well. The time has come where people take back control of capital markets and reject the status quo.”

Frictionless trading is a reality

The company has been conducting an initial coin offering (ICO), which will come to an end on January 4, 2018. At the time of writing of this article, Trade.io successfully raised nearly $24 million from over 12,000 investors.

The ICO is an opportunity for investors to get Trade Tokens at the rate of 600 Trade Tokens to 1 ETH. These tokens are utility tokens and can be used after the ICO to make purchases of IPOs as well as ICOs on the Trade.io exchange.  These can also be utilized to participate in the shared liquidity pool.

Investors can receive daily payouts in their Trade.io wallet in fiat as well as a cryptocurrency or conversely debits in case they incur losses on their trades on the exchange. Trade Tokens (TIO) are based on the Ethereum ERC20 technology. Investors wanting to know more about the workings of the exchange, tokens and the ICO can download the white paper released by Trade.io

Trade.io’s strength lies in its people but also its idea. As this idea is applied to a diverse array of asset classes, it will likely become more valuable. However, even in the cryptocurrency realm, it has the potential to act as a disrupter and shake up the world of trading, investment, and finance. Which is not a bad thing, considering it hasn’t really been able to open their revenue streams to investors since it came into being.