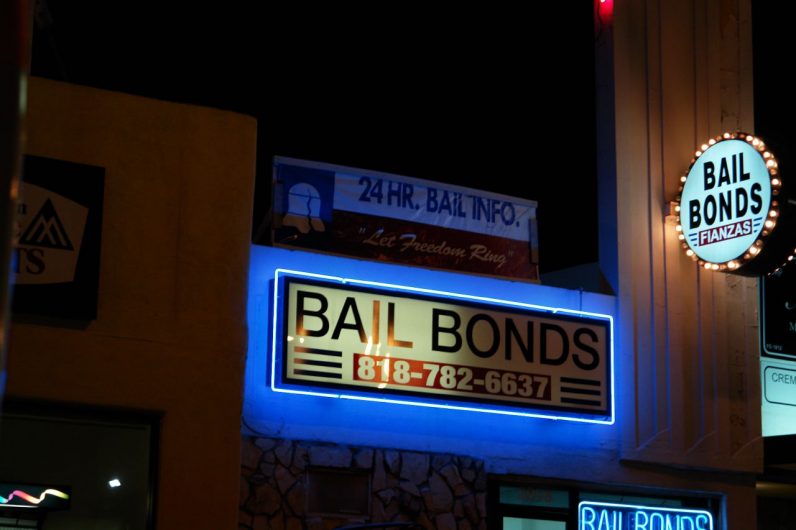 The New Inquiry, a non-profit, recently unveiled its blockchain mining system designed to give freedom to people awaiting trial who can’t afford to post bail. Slacktivists unite: anyone can donate their unused processing power to the cause.

Bail Bloc is software that lets you utilize unused processing power to mine for cryptocurrency, specifically Monero, which is then donated to the Bronx Freedom Fund. That donation is used to post bail for individuals who are incapable of coming up with the money to post their own bond, according to a white paper outlining how The New Inquiry intends to use the funds.

When you hear that someone put bail-bonds on the blockchain you’re likely to respond with a mixture of disbelief and cynicism — at least if you’re a technology journalist. The biggest concern here would be that a group or company is further monetizing the criminal justice system.

This is not the case with Bail Bloc. Grayson Earle co-creator of the program, told TNW:

100% of the funds raised will be utilized by the Bronx Freedom Fund, who have boots on the ground to actually do the labor of getting people out on bail. It takes an army to make this work, so everyone needs to share it far and wide. If we get 10,000 users, potentially thousands of people’s lives will be touched by this project. Cases will be dismissed. Plea bargains will be turned down in favor of fair trials.

Millions of Americans are introduced to the justice system, for the first time, upon being arrested. For some a poor decision, like driving while under the influence, turns into a costly legal experience involving a night in jail, exorbitant lawyer fees and court fines, and mandatory attendance at a few classes. The same crime has an entirely different punishment when committed by a poor person.

According to research conducted by the non-profit:

In New York, 90% of people who can’t pay bail end up pleading guilty. That means they forfeit their constitutional right to be tried before a jury, are never allowed to argue their case, and can never be found innocent. Put simply, these people are found guilty of poverty.

If you’re a wage worker who can’t afford to post bail, but also can’t afford to miss work to stay in jail, a guilty plea with probation probably sounds better than proving your innocence. In essence, the American justice system is a farming operation designed to squeeze either money or convictions out of people in the most efficient way possible – philosophically speaking, of course.

What isn’t philosophical is the very real nature of cryptocurrency to seemingly create money out of thin air. According to Earle:

Most people balk at the notion of creating monetary value out of thin air. As with Bitcoin mining, mining Monero is basically the process of opting in to verifying transactions over the network. It’s a way of incentivizing an increased level of participation in the blockchain, or the shared ledger. Everyone that downloads Bail Bloc will be mining to a single address. So all of the tiny contributions of thousands of users will amount to larger incremental payouts of Monero from the mining pool we’ve joined, xmrpool.net. The Monero raised is going to a singular wallet controlled by The New Inquiry. Monero has an exchange value of around $120 per coin. At the end of every month we will exchange the Monero for BTC or ETH on an exchange, or in the case of very large volumes, with individual buyers. From BTC or ETH we can cash out to USD via CoinBase. Then once the money is in our bank account, we will cut a check directly to BFF.

Bail Bloc has the potential to not just give people their freedom, but to give the justice system a bit of dignity back. It lets people give away something they aren’t using in order to provide a way for poor people to have the same opportunity as a person who can afford bail.

Furthermore, when a person released on bond attends their court date the funds are returned to Bail Bloc, and recycled for use again.

The idea, when it comes to justice, is that your access to a fair trial by a jury of your peers shouldn’t rely on how much you’re able to spend. Bail Bloc is a good start.

Read next: Skype fined $36k for not providing data to Belgian authorities