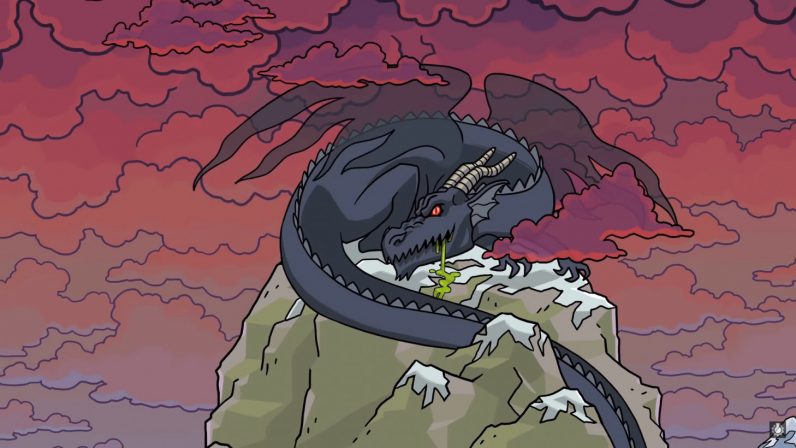 Popular Youtuber CGP Grey today released an adaptation of Nick Bostrom’s The Fable of the Dragon-Tyrant, a short story that parables the world’s lack of effort to fight aging and death with science. It’s an amazing animation that shines new light on an incredible story that seems outright prescient in the era of artificial intelligence breakthroughs.

The video is a 13:00 complete narration of the original story, which you can read on Bostrom’s website. It was created by popular educational podcaster and YouTuber CGP Grey, whose other works include videos about machine learning and geography.

At the intersection of hardcore science and high-concept philosophy lies Oxford professor Nick Bostrom. If Neil Degrasse Tyson and Bill Nye are the pop-stars of the science world, then Bostrom is an underground rapper who has the respect of his peers. He’s like the MF Doom or Atmosphere of science and philosophy.

Some 13 years ago professor Bostrom released his fable to acclaim in the philosophy and medical communities – a rare feat considering it’s a story about a dragon that’s been published in numerous scientific journals.

Bostrom’s work is often unique and avant-garde, it sort of makes sense that he’d write a fictional story to explain his scientifically-grounded ideas. After all, his simulation theory (we’re all living in a computer) sounds like a bit of science fiction.

And he’s used storytelling as a device for explaining complex philosophical mechanisms before. His paperclip maximizer theory is the terrifying standard for explaining how machines could kill us all, by simply trying to accomplish the tasks we give them.

But The Fable of the Dragon-Tyrant isn’t just a clever way to explain why the world should come together and use science as a weapon against death and aging, it’s a fantastically written story.

And, in true Bostrom form, it forces you to ask questions that none of us should be comfortable answering immediately. What happens when the public decides that a cure for death is worth researching? If we were 10 years away from a cure for death how would we discuss dying with those who are too sick to make it another decade.

While most of us sit on the sidelines, content to believe the people who tell us that aging and dying are inevitable, others like Bostrom and CGP Grey are interested in changing the conversation.

In the time it’s taken you to read this article over 300 people were eaten by the dragon. Maybe it’s time we all got together and discussed slaying that beast.

Read next: ProPublica designed a game to simulate the existential despair of the asylum process