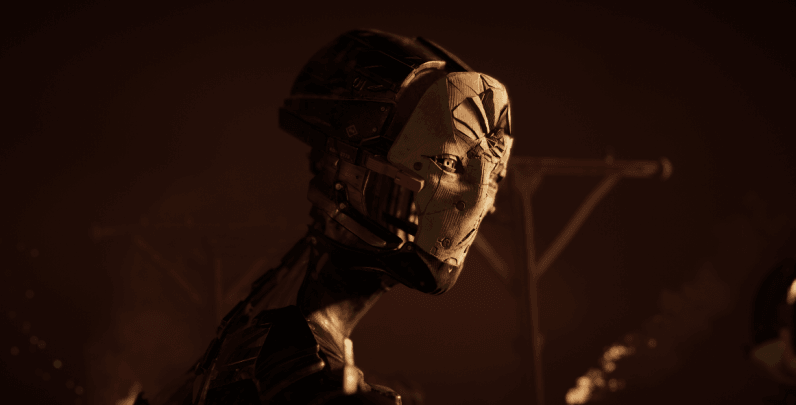 Popular game software developer Unity has finally revealed the trailer for the next instalment of its award-winning short movie, Adam. The upcoming sequel chapters will be directed by none other than director Neill Blomkamp, who took Hollywood by storm with his 2009 sci-fi picture District 9.

A little over a year ago, Unity unveiled a breathtaking robot sci-fi flick titled Adam. The goal of the film was to showcase the cinematic capabilities its game development platform had to offer to aspiring filmmakers and creatives working with animation and computer generated images.

To that end, the company trusted a small, but diverse team of creatives with the task to demonstrate the stunning imagery and graphical subtlety film professionals could achieve with the Unity game engine.

From a purely visual perspective, the outcome was nothing short of spectacular, to say the least. The glowing reviews for Adam: Chapter 1 followed shortly after, culminating in a well-deserved win in the Branded Animation category at the 2016 edition of the Webby Awards.

Following the critical acclaim Adam earned, Unity went on to release all assets and models it used to render the movie so other ambitious creatives could use them in their personal projects.

Seeking to further capitalize on the success of its newly debuted short movie, Unity continued to promote the cinematic functions of its development platform in the months that followed with a series of blog posts, giving us backstage insight into all the work that went into the making of Adam.

In fact, the following year the company touted the software’s cinematic capabilities as a standout feature during the 2017 edition of its annual Unite Keynote event in Amsterdam (where it screened a truncated version of the award-winning short).

There, Unity Head of Cinematics, Adam Myhill, had a chance to exhibit the gaming engine’s new and improved Timeline and Cinemachine Smart Camera systems that enabled artists to create gorgeous cinematic content, while simultaneously streamlining the creative process for more efficient production results.

The features not only made it possible to refine textures, lighting and animation in a more granular manner, but also significantly simplified the process of orchestrating intricate scenes, character maneuvers and soundscapes.

Since then, Unity seems to have definitively set its sights on the movie industry. The company decided to retire the cast from the original Adam short movie and replace it with a new collective of creatives, headed by Academy Award-nominated director Neill Blomkamp, whose resume boasts directing credits on Elysium and Chappie.

The partnership between Blomkamp and Unity seems like a logical tandem in light of the series of alien invasion short films the director recently released in collaboration with game distributor Steam.

Unity was kind enough to offer TNW an early screening of the next instalment of Adam, titled The Mirror, as well as an exclusive interview with Blomkamp and Chris Harvey, who is responsible for the visual effects in the movie.

Expanding on the film’s cryptic dystopian setting, Adam: The Mirror picks up right where Chapter 1 left off.

Unlike the first instalment, which added a layer of equally thrilling and disturbing sense of obscurity to the storyline, The Mirror finally offers some minor hints and clues about the past and origins of the massive flock of robots and the mysterious robo-leader that Chapter 1 introduced – enough to keep your interest without revealing too much.

But I’ll spare you the details and let you catch a glimpse firsthand of what to expect from the sequel. Here is the trailer:

When I asked Blomkamp what direction he intends to take with the Adam series, he hesitated to give me a definitive answer. One thing he had no problems stating though was his enthusiasm about the creative freedom engendered by real-time rendering technologies like Unity.

“It’s very different than shooting in real world settings and locations,” Blomkamp told TNW. “It’s a lot easier, a lot more comfortable. You don’t have 5AM call times in the jungles of South Africa. We comfortably walk on the motion capture stage.”

“It’s very different, but the principles are the same,” he continued. “From a directing perspective, it lets you focus only on the creative stuff that you’re making. You don’t have to worry about the logistics.” This means no stressing over getting the crew to the location, no waiting for the perfect amount of light, “none of those production questions.”

“It’s about entering a place of complete creativity,” Blomkamp said. “Being in a dark, artist space, where I can work with the effects artists until you feel like it’s done.”

Another aspect of Unity Blomkamp and his VFX ally Harvey were especially excited about was the opportunity to render all of their work within virtual reality – that makes sound design a particularly challenging task.

“Creatively, I find this very interesting. There are opportunities to take all the sounds you hear and assign them to three-dimensional objects within these Unity scenes,” he said. “This way, you get decibel fall-off as you move away from these objects. I find that really fascinating.”

But the biggest takeaway amateur filmmakers can take from Blomkamp’s experience with creating in Unity is the ability to create more with less resources.

“I think it could be cheaper to make movies using real-time rendering tech,” but the director is the first one to admit that the price ultimately comes down to the story you want to tell. “For a movie like Adam, in which visual effects play a crucial part to the story, it’s definitely cheaper and less cumbersome to create in Unity.”

“If you’re doing spectacle, or something intended to be larger than life, it’s always going to be cheaper to build with Unity.”

Having said that, creating movies in Unity comes with its own unique challenges. Mapping micro-expressions onto human faces, for instance, is one of the hurdles Blomkamp and the Oats team will have to work around in the third installment of the series, Adam: The Prophet.

“Off the top of my head, the immediate biggest challenge is in the next film, where we have to work with computer-generated human faces,” he told TNW. “Being able to take human performance and put it onto a CG mesh in real-time is perhaps the single biggest challenge.”

Blomkamp, though, didn’t see this aspect as a trade-off, but rather as a matter of suitability. “My goal in life is to create stories – and some performances are more naturally shot in action [like regular movies], while others are easier to be rendered in real-time [like Adam.]”

Anybody curious to see the second instalment, Adam: The Mirror, can subscribe to the YouTube channel of Blomkamp’s Oats Studio, where the company will release the full short movie later today. The third instalment, The Prophet, is slated to debut sometime next month.

Meanwhile, Unity and Oats Studio are planning to make all available assets and models employed in Adam for the public to use. And having taken a sneak peak at Blomkamp’s take on Adam, I’m hoping more aspiring artists will follow his lead and seek more ways to implement Unity into their work.

As someone who thoroughly relished the experience of watching Adam, I’m convinced Unity has a lot to offer to crafty filmmakers – and it would be a shame if they don’t at least give the game engine a shot. It sure looks it’s working out for Blomkamp.