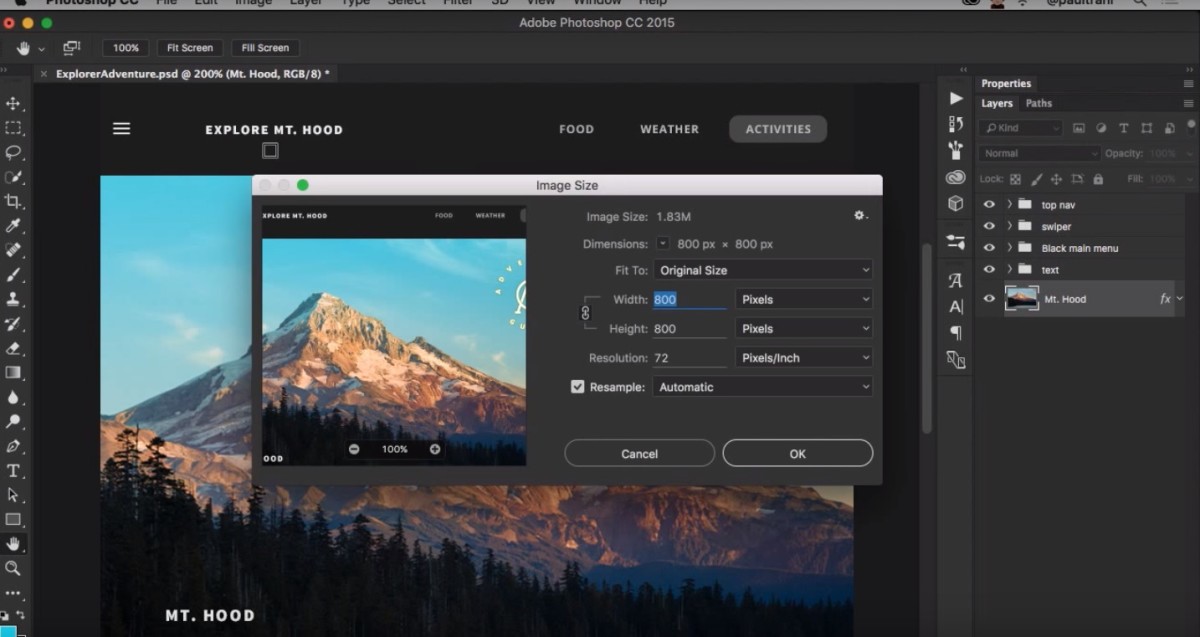 Adobe has added a suite of customization features to Photoshop CC, allowing users to dictate the layout of their workspace.

Users will now be able to add, delete and move the tools that appear on the screen, as well as choosing what your overall layout will look like. The aim is to make the workspace as functional as possible for each individual user; maximizing productivity by only having the necessary tools on the screen.

Photoshop has also gained support for using multiple artboards in the same file. That means users will no longer have to rely on layers or groups, they can look at multiple versions of designs side-by-side at the same time, and each one can have its own guide and grid.

To further the productivity boost, Adobe has added a new Recent Files function too, which users can search to find files stored in Creative Cloud Libraries as well.

Users can also disable the feature and have a blank workspace open instead.

When it comes to adding fonts, it can be a time consuming process to get the right one. Photoshop’s got a new option that allows users to favorite the ones they like or use the most and these will appear in a separate favorites list, making it easier to find them.

Additionally, there’s a new font similarity tool that will suggest other typefaces based on previous choices. These are chosen from the computer and Adobe Typekit.

Meanwhile, Photoshop has also been updated to function better on touch devices, like Microsoft’s Surface. There are now keyboard-driven shortcuts that place buttons for shift, alt and tab on your workspace so you can simply tap them to complete a task without using your keyboard.

With some of the most attractive and productive updates to date, it’s clear that Adobe remains invested in making its photo-editing app as functional and personable as possible to users of all levels.