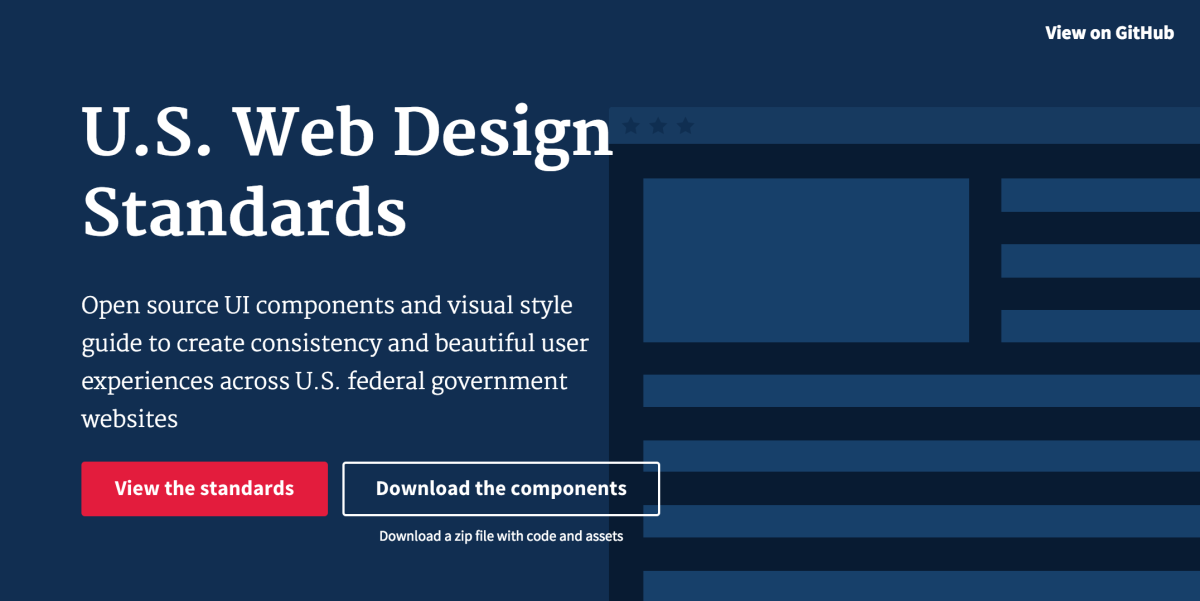 You’d think the United States, a country that hosts many of the world’s most powerful tech companies, would show off some strong design chops on its official websites. Alas, that is rarely the case; just look at the FBI’s page, which looks like it was pulled out of 2005.

Thankfully, that should be changing soon. The US Chief Information Officer (CIO) Council – which itself has a pretty outdated website – has released a new set of guidelines and open-source components to help government websites get started on clean, flexible designs that look appropriate for the times.

There are a few pages already using the new standards, including vote.usa.gov, and the US Digital Services Playbook.

Though it’s up to each individual site to implement the new standards, the examples so far are a marked improvement over the inconsistent and cluttered collection of current government websites.

To learn more about what to expect – or if you happen to work on a .gov website – the full set of standards can be seen here; you can also provide feedback on GitHub. Here’s to hoping websites move to adapt the guidelines soon.

Read next: Virgin Media broadband subscribers set to get free speed boost up to 200Mbps