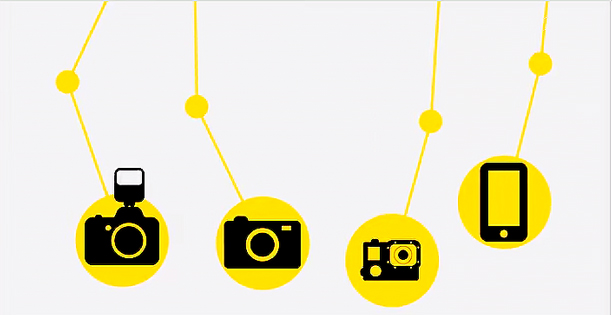 Pics.io, the company pioneering online upload and editing of raw photos in the browser, has announced a public beta of its new photo storage and management service based on Google Web services.

Pics.io (pronounced Pixio) is a Web app that allows you to access, manage, edit and share photos from any device via your Pics.io account with online storage in Google Drive.

Offered as an ad-free alternative to Flickr, the service will feature Pics.io’s signature Raw uploading and editing capabilities in addition to new asset management functions. Photo storage features that include rating tools such as stars, flags and color labels, complement the cloud-based album organization.

Upload photos directly to a main library, where storage is on Google Drive.

Users connect the online app to Google Drive, where photos stay put regardless of which editing or management app you use on the desktop. The connection to Google Drive is critical for Pics.io because it’s a stable and widespread service, with less risk of sudden shutdown.

“You have to treat Pics.io as your image catalog in the cloud,” says Konstantin Shtondenko, chief marketing officer at TopTechPhoto, the outfit behind Pics.io. “Since most people don’t edit all their photos, it is possible and reasonable to download what you need to edit, and open it in a program you use — Lightroom, Photoshop or some free raw converter.”

You can also experiment with Pics.io’s browser-based Raw photo utility — which is still in the early stages of development. It supports Raw formats from Nikon, Canon, Olympus and Sony, but at this stage, the company encourages the use of pro desktop tools, envisioning the final setup to allow workflow flexibility.

The hallmark of the service is collections,  for organizing and sharing specific images to selected people.

“I still use Lightroom for photo editing,” says Shtondenko. “I import photos to Pics.io, organize them in collections and rate them. I also have a local copy for editing. When I finish editing, I upload the DNG to Pics.io choosing Replace on import. The image appears in Pics.io with all the edits I’ve made in Lightroom.”

While editing Raw photos online is definitely a flashy feature, Pics.io is emphasizing the new photo collection and management features as the major draw of this beta release because it makes all photos, regardless of editing status, available for specific viewers. You can share your whole library, or just a specific collection.

“Pics.io is a much simpler way to get your photo collection synced across all devices and available anytime, without sacrificing the Raw quality,” Shtondenko said. “[You have] the ability to organize images not only when you’re at home, but in other situations.”

Edit raw photos directly in the browser, or edit on the desktop and upload to the service.

The Collection panel lets you organize your images and all photos can be accessed in the main library as well. A separate folder labeled Pics.io also appears in your Google Drive menu, letting you access your photos on a phone, tablet, laptop or different computer.

This is just the first implementation of the beta, says Shtondenko. Future versions will allow you to share collections with other Pics.io users, such as family members or business associates, so they can access photos in their own Google Drives. This upgraded sharing functionality should be available in the next couple of weeks, according to Shtondenko.

To check out the service, you can register and connect to it to your Google+ account where you get 15GB of storage free, though you can buy additional storage. You can then upload photos in JPEG, Raw and DNG formats. Pics.io technology lets you see previews of raw images before upload.

Generally, despite my consumer DSL line, the app’s performance was good, though it took a bit of time to upload the Raw image. This is a beta, so your mileage with the app’s features will vary, though I found following the on-screen directions led to the most predictable results.

Shtondenko estimates it will be another six months before the product is ready for launch. Until then, everyone with a Google+ account is free to try it with any desktop or mobile operating system and Chrome or Firefox browsers.

Read next: Twitter details BotMaker, its anti-spam system that has curbed junk tweets by 40%