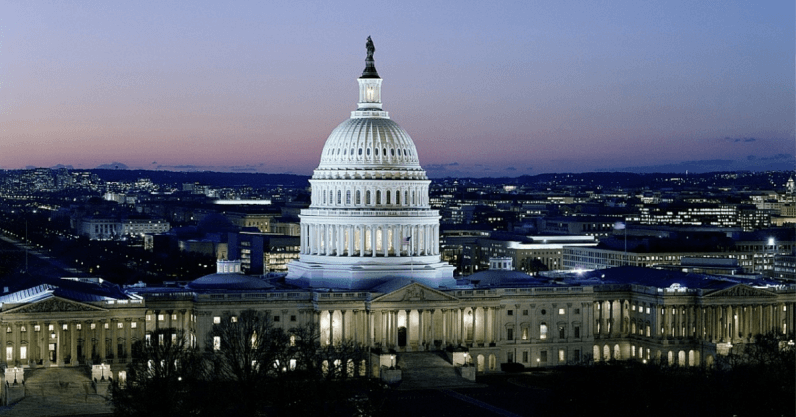 AI has already taken the private sphere by storm, with massive corporations, dynamic startups, and even our own living rooms playing host to intelligent machine learning software. It’s no big surprise, then, that the world of government is starting to turn to AI to improve its effectiveness in serving populations large and small.

The staid, often congested nature of government bureaucracy is a deeply ingrained image in the national consciousness. The reason this image exists is simple: it’s mostly accurate.

For a number of reasons, public sector work is frequently marred by slowdowns and redundant processes, with nearly every potential step forward wrapped in layers of red tape. Not only that, justified accusations of unfairness in the justice system are a constant blemish on the reputation of those in power. From top to bottom, there are innumerable ways that the government could be made better.

Governments at all levels have a number of responsibilities to their people, and while staying tech-savvy isn’t necessarily one of them, serving the population in the best way possible, whether for state or federal authorities, is foremost among their duties. Artificial intelligence tools have already demonstrated an ability to make private businesses more effective, and there’s substantial reason to think that these same benefits can translate to organizations in the public sector.

Without the profit motives that drive businesses, governmental agencies have what should be the highest mandate of all: serving their people in the most effective way possible. That means solving problems while keeping wastefulness to a minimum.

But here in the real world, we know it doesn’t often work out that way. Encouragingly, a number of government agencies, both in the US and abroad, have dipped their toes into AI to streamline existing processes and better serve their citizenry.

AI solutions already go a long way in improving efficiency and customer service, two areas where local governments could certainly use a helping hand. AI used for intergovernmental processes means handling rote tasks, freeing up employees to better flex their creative muscles to proactively solve problems. It stands to reason that an organization as process-driven and often staid as administrative government offices could take some massive leaps forward in both productivity and creativity with the help of AI.

It’s not only within the office environment that AI can boost government function, either. Advocates have spoken of their hope that lawmakers can make use of AI while considering new legislation, potentially utilizing real-time data analysis and smart simulations to evaluate the potential effects of proposed laws. For bodies of government perennially accused of being out of touch with the people, AI can better position legislators’ fingers on the pulse of the constituencies they’re elected to serve.

As AI enters our lives more and more frequently, we can expect old anxieties about automated thinking to ease in some previously unexpected ways. One particular area ripe for change, but often highly resistant to it, has already shown some promising changes when assisted by AI: policing and crime prevention.

Advocates are rightly wary of artificial intelligence helping formulate judgement for those accused of crimes. It’s one of state and federal government’s most weighty responsibilities, and when misused can forever alter or even prematurely end the lives of citizens. Taking this substantial responsibility into account, thus far its partial implementation has shown benefits and upended some formerly conventional wisdom in the process.

AI adoption on an experimental basis helped decrease jail populations in New Jersey and Virginia with no resulting rise in crime levels. While it’s a relatively small sample size, these results ought to be hugely promising for justice advocates nationwide. With incarceration a hot-button issue, this technology could act as a corrective to prison overcrowding and recidivism worries.

These examples are the tiniest tip of a massive iceberg. The truth is that the real potential of AI is still elusive even to top minds in tech. This fact means leaders must take heed of all potential outcomes, as well as the very fact that there are potential outcomes that can’t yet be predicted when incorporating AI into the higher functions of government.

AI represents a exponential leap forward for meeting imperatives better and faster. Yet, with so many lives potentially affected, governmental rollouts would likely do well to err on the side of caution when supplementing the existing workforce with smart machines. The largest of corporations have extensive research and development to assess potential outcomes, and this approach should be replicated in the public sphere.

Leaders at the federal level have spoken up about this need, with more sure to follow as the technology reaches ever more areas of governmental power. CIA Director of Digital Futures Teresa Smetzer has urged her agency to “start small” then “expand on that” with their adoption of AI, a measured approach that acknowledges the potential for this growing tech to become unpredictable. Especially for a group like the CIA that handles a massive amount of extremely sensitive data, this slow adoption is likely for the best.

Ubiquitous as it may seem from our perspective, artificial intelligence is still in its nascent stages of true mainstream acceptance. As it gains wider approval across both the public and private landscapes, we can expect more exciting developments in solving the problems facing our world.

While prudence in using such a potentially powerful tool is always appropriate, a world that embraces AI in the public sphere looks to be one where governments will be more efficient, informed, and trustworthy than ever before.

Read next: Learn how to ace a technical programming interview for just $11