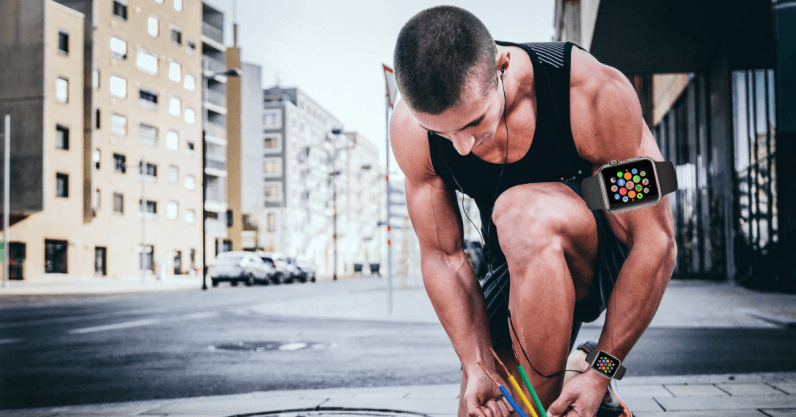 For a tech founder, working in the industry of health and fitness is extremely challenging — but the rewards far outweigh the difficulties.

It’s not a place where easy money is made, but it’s one where you can influence the lives of so many people and change them for the better.

Nevertheless, fitness tech startups attracted only $2.4 billion in funding from 2013 to 2017, while the global health-tech market is projected to reach more than $140 billion this year.

Speaking about trends in this industry, that currently looks more like a spectrum from patient and hospitals oriented health tech to professional fitness tech, it should emphasized that I will be focusing on trends of B2C fitness solutions for a general audience.

Some of the changes I’m expecting within the next year or so will center around four main things — peace of mind, mixed reality, corporate wellness programs, and wearables.

Leading a healthy and balanced life is seemingly becoming more important for many customers than exercising and staying fit per se.

From my own observations I can see how meditation and yoga apps — often combined in the so-called “self-care” category — are holding their positions in this group and are very likely to strengthen them in the future.

The millennial audience, obsessed with self-care, is fighting the ever-increasing pace of life by turning to mindfulness, meditation, and various yoga practices.

The app analytics firm Apptopia showed in its Q1’2018 report that the top 10 self-care apps earned $32 million, with new installs up about 36 percent year-over-year.

Apptopia’s results reflect my own experience. My company’s meditation and yoga apps launched in 2018 had the same pace of growth as our weight loss product.

Four months after the launch, we had over 600 thousands of installs of the meditation app on both platforms. On average, 80 percent of users are millennials.

This may sound like the hotly anticipated year of Linux on the desktop that’s been expected for the last decade, but I do believe the next few years will see AR and VR taking over a big share of the fitness part of the market. Soon enough we could see more people exercising with VR/AR headsets on, both in gyms and outdoors.

Apps like BoxVR, PowerBeatsVR, or AudioShield are making their way into the mainstream, gamifying fitness and making it a lot more fun.

In many ways, these remind me of Dance Dance Revolution and other similar arcade machines, which where the fitness gamification pioneers back in the day.

Unfortunately, many of the VR apps share something else with the dancing machines of the past — they’re not really portable yet.

Most of the good virtual reality-based fitness solutions work on HTC Vive or Oculus Rift, which have to be tethered to a PC in one way or another. However, with the release of the new Oculus Go we’re getting closer to a truly immersive and portable VR experience.

On the more hardcore fitness side, a recent study showed something extremely interesting about VR — it turns out people wearing a headset show better performance in strength exercises than those doing them “the old way.” This alone could bring about the birth of a new trend for the next few years of VR-enabled gyms for geeky athletes and athletic geeks.

Traditionally a pure B2C play, health and wellness apps are increasingly making their way into the corporate ecosystem through employee benefits and health insurance companies, and I’m sure this trend will become even more prominent in the coming years.

In a recent example, this September saw the popular US-founded meditation app Headspace boasting of 250 corporate customers, which they planned to double by the year’s end — meaning this has become a focus for the company.

Embracing the trend early, PwC has already made it an integral part of its “Be well, work well” initiative. From a free subscription to the Calm meditation app to the Habit Bank that challenges tens of thousands of people to lead healthier lives, the company is promoting wellness and work-life balance in order to empower people to be as productive as possible.

Of course, software is not the extent of this. For a large number of insurance companies, health and fitness wearables have been an important part of customer data collection for quite some time already. A similar trend can be seen in the corporate benefits space: in 2017, the number of employers in the UK that offer access to wearable devices as part of workplace wellness programs grew by 37 percent.

Fitness trackers are not doing great these days, sliding out of the mainstream towards only being used by (semi) professional athletes and a handful of true fitness geeks.

The app of Fitbit, one of the most popular fitness wearable makers out there, shows spikes in usage around every New Year’s Eve, but they don’t last long.

That doesn’t mean the game is over for fitness wearables, though — far from it. The total market for wearables is set to reach $29 billion by 2022, and the main trend I’m seeing is almost any new wearable can act as a health and fitness tracker these days.

The main example is, of course, the Apple Watch, which is likely to stay the world’s number one health and fitness device for years to come in terms of capabilities and popularity.

Apple has demonstrated repeatedly how much attention it pays to the health and fitness capabilities of the device, and the effort is paying off — more and more apps and solutions arriving on the market keep focusing on this platform.

Outside of the Apple ecosystem, Google’s Wear OS could see an increase in popularity among both customers and device manufacturers, but only if the company itself commits to the platform more.

During the recent Made by Google announcement event, nothing at all was said about the OS, even though the rollout of its new version started a couple of weeks before that. Nevertheless, the platform is worthy of attention, and we’re most probably about to see interesting devices coming to it.

With the rapid development of wearable tech, AI, and mixed reality, it’s a fascinating time to watch the health and fitness tech market, both as a customer and an app developer.

More people than ever are working on making you healthier as we speak, and I’m sure this particular trend is here to stay. The future is bright, stay tuned!

Read next: China hacked the US Navy and stole personal info on at least 100K sailors