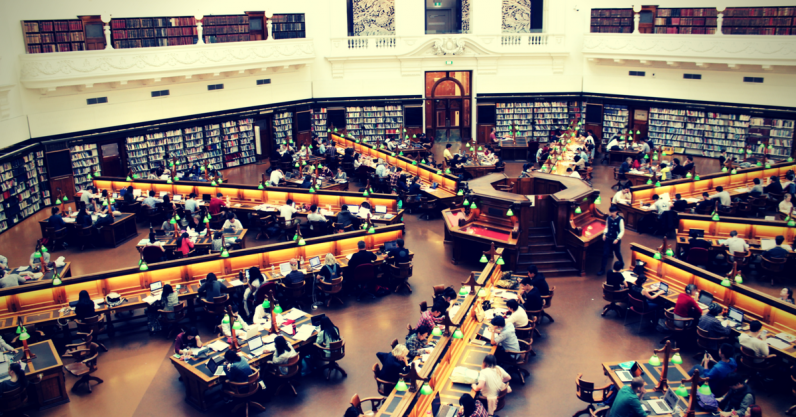 If ‘money makes the world go round,’ then the world of scientific publishing has proved to be no exception to the rule.

When the first scientific journal, The Royal Society’s Philosophical Transactions, came rolling off the press in 1665, it was paid for with a subscription model. In time, journals like these yielded income for commercial publishers, especially as the number of scientists and research institutions grew.

But it was never big business — at least by modern standards. The moderately small scientific community, competition between printing houses, and high costs of distribution and production, reigned in any possibility of profiteering. The system worked well insofar as those who wanted to read about recent discoveries had reasonable access to printed journals, at reasonable prices.

In the mid-twentieth century, the laissez-faire approach began to go awry. Through the 60s and 70s, power was consolidated as commercial publishers acquired high-profile journals to add to their collections, previously overseen by various not-for-profit academic societies. A once crowded market soon transformed into one dominated by a handful of major players.

The current state of the industry

Fast forward to today, and those same businesses are now veritably entrenched. The shift to the web, which had the potential to clear many of the barriers inherent in a paper-based market, served only to exacerbate the problem; leading publishing houses quickly monopolized the digital space in the same manner as they had done just a couple of decades earlier.

Although more than 2,000 publishers currently operate in the sector, just five private companies account for over half of all articles published. As any economist will tell you, oligopolies like this always lead to higher prices for consumers.

With a continual increase in inflation-adjusted prices over the last few decades, that’s exactly what’s happened. Margins are comfortable. While typical book publishers may operate on roughly 13 percent, the largest academic publishing companies surfeit on closer to 40. The world’s largest academic publisher generated profits in excess of £900 million last year — £60 million more than 2016.

The consequences of extortion

The traffic of money has had predictable effects: a set-up rife with high margins naturally means that others suffer.

Scientific publishers earn most of this revenue through university research libraries. Over three quarters of published journal articles are locked behind a paywall of some sort, and fees can approach £25,000 for the very largest journals if libraries fail to purchase subscriptions of bundled titles, which can cost millions.

These fees are sucking up ever-greater proportions of total library budgets. The Association of Research Libraries found that in “1986, libraries spent 44 percent of their budgets on books compared with 56 percent on journals; twelve years later, the ratio had skewed to 28 percent and 72 percent.”

While the payments that universities make for subscriptions are often highly secretive, the figures we do know about are troubling: from 2010-2014, UK libraries frequently paid well over £1,000,000 per year to individual publishers. Cambridge University for example, spent £1.4 million in 2014 to access content from Elsevier. No doubt, that figure has now risen higher; data shows that UK universities’ journal subscription costs have rocketed 20 percent in just three years.

The problem exacerbates in the developing world, where penurious institutions can afford only a small fraction of the access they really require, severely limiting both students and researchers. Budgets are pillaged to provide access to just a glimpse of cutting-edge research. These universities have little choice in the matter: scientific papers, tending to be highly individual pieces, cannot be easily substituted.

When libraries can’t pay, bizarre situations arise. Since the customers of academic publishing are, by and large, the authors of these same papers, universities end up in situations where they are unable to access the very research conducted by their own staff. Scenarios like these have become ever-more frequent over the last few years, even among top-flight institutions such as Harvard, as budgets have declined.

Changing the rules of scientific publishing

Without a doubt, it’s a fundamentally broken system. But one defining question still remains: how can we make winners out of the losers in the current model?

The open access (OA) movement has made admirable strides in increasing the amount of free research. The world’s largest OA research repository is currently host to over 127 million open access articles — roughly double the figure that was available in 2015 — and in Europe, efforts are well underway to make all publicly funded research in freely available by 2020.

But OA doesn’t come without its own issues — the potential for low-quality articles, and the persisting appeal of prestigious journals — that will need to be carefully considered down the line. Despite its successes, OA is also yet to put a dent in rising traditional subscription costs charged by publishers. Refining this system will take time and cooperation. Like any transformational movement where money, ethics, and society are dropped into the equation, there is no such thing as an easy answer.

As things are answered, and as the Open Access movement matures, it’s vital that we continue to explore new, different ways to achieve progress. One route could be protest. Last year, when German universities collectively cancelled subscription contracts with Elsevier, the publishing giant buckled, granting provisional access to its paywalled journals.

Another might be found in blockchain. Scientific knowledge is arguably the ultimate decentralized system, particularly as research has transitioned from analogue into digital. Given how important public scrutiny, low costs, and reliable databases are to scientific publishing, it would be a well-suited application for the technology.

One thing’s for sure: universities can’t go on like this, and a solution is needed. The community has stood by as this oligopoly has grown. Bilaterally, we need to figure out how to stop it bloating further. At a time when science plays such a powerful role in society, and when progress hinges on the wide dissemination of scientific research, it is incumbent on all of us to speak up, and to speak out.

Read next: Ever dreamed of selling your data for cash? Dream on