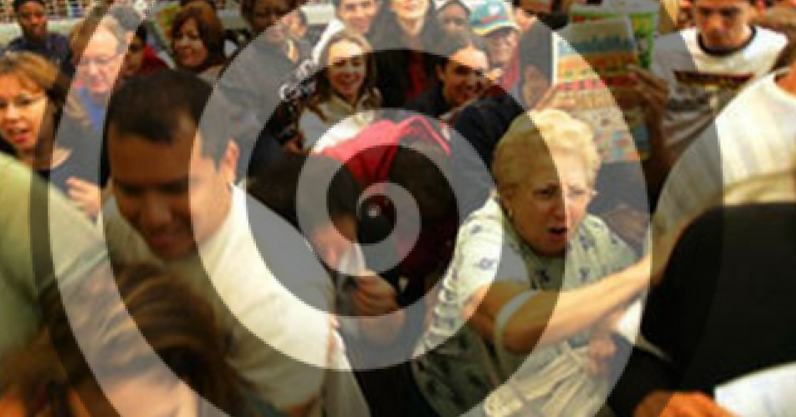 Over the years, psychologists and marketers alike have conducted extensive research to figure out what it is that makes us tick. Why do we do what we do? What influences our decisions? What causes us to change?

After all, by understanding the motivations behind a purchaser’s decision, it becomes that much easier to adapt your messaging so that you can get better results in the future. By mastering these sales secrets with definite psychological roots, you’ll be able to gain a profound influence over your customers.

One of the cliches of childhood is being asked by an exasperated parent “If your friends jumped off a bridge, would you do it too?” (usually, after the child makes the excuse, “But he did it first!”).

But as much as parents try to keep their children from simply following the crowd, the reality is that adults do this too — especially in the world of marketing and sales.

This phenomenon ties back to the theory of social proof, cited by Dr. Robert Cialdini as one of his six principles of persuasion. In a nutshell, it means that we become more willing to do something when we see that other people are doing it. We want to be liked and we want to fit in and we often believe that following the crowd will help us achieve those goals.

Social proof explains why many of the best landing pages feature customer testimonials and every company I’ve consulted I’ve tasked with implementing the same. It’s why many websites use widgets showing how many times a post has been shared or liked on social media. It’s why Elvis had an album called “50,000,000 Elvis Fans Can’t Be Wrong.”

When you can prove that other people like your product or service, it increases your credibility and people become much more willing to buy.

One of the more controversial experiments in psychology’s history is known as the Milgram Experiment. Conducted after World War II, the experiment was designed to see if normal, “ordinary” people could be influenced into hurting another person if instructed to do so by an authority figure.

The results were frightening. Nearly two thirds of the participants were willing to administer electric shocks to “students” when they made a mistake, simply because an authority figure asked them to do it.

While these findings have been used to explain how even perfectly ordinary people can be persuaded to commit horrific acts, in marketing, the connection is a lot less insidious (though still important). This is why influencers — and influencer marketing — are so important today. People want to get their information from someone more knowledgeable or experienced than themselves.

So how do you show off your authority in the industry?

Content marketing and speaking at industry events are popular ways of showcasing your knowledge. By sharing your expertise and incorporating it into your branding, your voice becomes significantly more persuasive and influential.

There’s a classic Calvin & Hobbes comic where Calvin’s dad is in the grocery store trying to pick out a jar of peanut butter. “Look at all this peanut butter!” he exclaims. “There must be three sizes of five brands of four consistencies!”

In the last panel, we discover that he ended up not buying any peanut butter at all.

A study on providing customers different jam selections shows this doesn’t just exist in the comics. In 1995, a California research team set up a sample booth for jam at a gourmet supermarket.

Throughout the study, they regularly switched the display to offer either six varieties or 24.

Not a phenomenon unique to food retail, we’ve witnessed the effects of too many options in mate selection and in retirement investing. Are you seeing any connections between your own sales and marketing processes?

It’s great to offer multiple choices to your customers. We see this all the time with B2B software, where companies offer three “tiers” with different features and pricing.

The problem comes when we try to throw too much information or too many options at the customer all at once. More often than not, this causes people to end up like Calvin’s dad: they go into a state called “analysis paralysis” where they become so overwhelmed with choices that they don’t buy anything at all.

Because of this, it’s often a good idea to limit your offerings in the first place. If you have a wide variety of products and services, breaking your offerings down into smaller categories can also ease the decision-making process.

Funneling people to the right places and limiting the number of choices they have to make will make it easier for them to make decisions and reduce your number of “no-sales.”

4. It’s worse to lose than to not win at all

Another key psychological principle that influences sales and marketing is known as “loss aversion.” A key element of Dr. Daniel Kahneman’s Prospect Theory, this principle suggests that losses are more psychologically powerful than gains.

In other words, the idea of not losing $10 is more rewarding than the idea of finding $10. This even impacts decisions that seem almost virtually identical: we’d rather be given $10 than have someone give us $20 and then take $10 back.

Your customers are just as risk-averse in real-life buying situations. They’d rather not spend their money at all if they believe the purchase has enough risk of being a “loss” — even if it means missing out on the gains offered by your product or service.

So how do you avoid this pitfall? One of the most important sales tactics is to tell potential customers what they stand to lose if they don’t make a purchase. We see this all the time in advertising headlines, because showing people how your product will help them avoid a “loss” is ultimately more persuasive than telling them what they could gain.

Free samples or trial periods are another way to counteract the loss-averse mindset. This is especially common among B2B software companies, which almost always offer a “free trial” period of their product. Prospective leads have nothing to lose by trying out software for free, which makes them much more likely to gain first-hand experience with your product and eventually turn into paying customers.

5. Urgency, scarcity and the mad rush

While the rise of Cyber Monday and other online shopping deals have lessened Black Friday’s madness to a degree, it still seems that every year we are treated to news videos of stampeding crowds rushing to get the best deals.

Pretty much every marketer knows that creating urgency and scarcity — be it through “limited-time offers” or other promotions — is a great way to drive up sales.

But interestingly enough, that’s not the whole story. While visual symbols and words that indicate urgency can dramatically improve your sales, research by Howard Leventhal concluded that providing follow-up instructions further improved results.

Leventhal’s study compared the results of two pamphlets urging people to get tetanus boosters. While one only supplied information about tetanus, the second also told readers where they could get vaccinations. Not surprisingly, the group that received the second pamphlet had a 25 percent higher vaccination rate.

When trying to create urgency for your next big sale, you can’t neglect the small details.

Whether your customers need to click a button in your email or go to a particular location on a certain day, providing clear follow-up instructions makes them much more likely to buy. Fail to provide enough information, and they might block out your messaging altogether.

You don’t have to be a Sigmund Freud to gain an intimate understanding of what makes your potential customers tick (actually, it’s probably better if you don’t try to analyze them in a Freudian fashion).

But as you gain a deeper understanding of how psychological principles can affect your customers’ purchasing decisions, you’ll be able to achieve real sales success.

Read next: Jumpstart your creativity with Scapple brain-mapping software, only $9.99