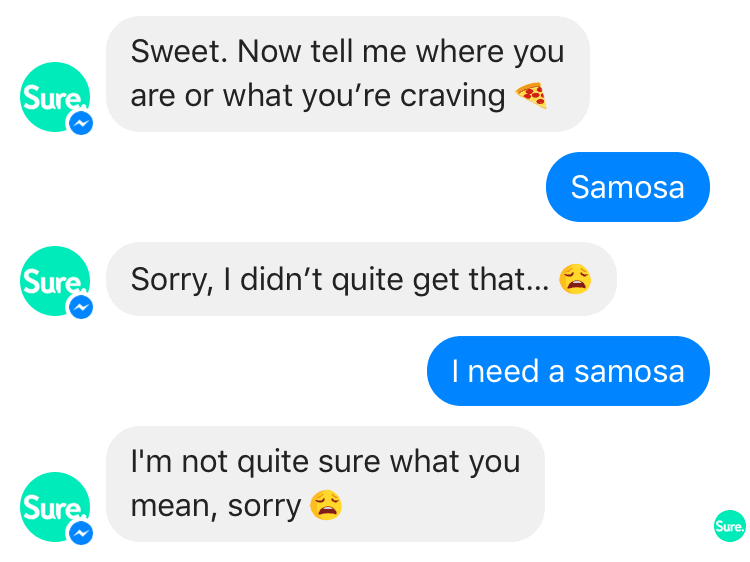 Despite these declarations, bots in some form were all over CES. Forrester Research’s JP Gownder noted “it’s the year of AI and conversational interfaces.”

So which is it? Are bots alive? Dead? Have they mutated into something else like Sam Neill’s dinosaurs in Jurassic Park?

The truth is, to the tech world, the old-world bots are dead. And that’s perhaps the best news for chatbots and enterprises in years.

Happily in the trough

Bots have been hyped for years. 2016 was going to be the year of the bot. Then 2017. Chatbots have become the punchline for every snarky technologist feigning an understanding of where NLP, AI, and ML technologies currently stand. Which means we’re right on track.

The chatbot hype cycle has been ebbing along as Natural Language Processing (NLP) and other conversational interface technologies progress. We started out with troll bots on Twitter from nefarious actors and before you knew it we had bots for dad jokes and ones that could turn Lebron James into a chicken. Those apps stayed on our phones for about a month until the novelty wore off. In the most successful (and useful) applications we were able to schedule meetings and order pizza.

We don’t remember these wins though. We remember the failures. And when Microsoft’s Tay turned into a racist within 24 hours of release, we all laughed. If one of the biggest technology companies in existence couldn’t prevent a chatbot from becoming an anti-semite, what hope was there for the technology writ large?

Since Tay, the technology world has been waiting for something to prove that chatbots aren’t a joke. Every wins are too little to overcome their reputation and every loss another nail in their coffin. With the death of M, we are officially in the ‘trough of disillusionment’ in the Gartner hype cycle.

The reality is we’ve been talking about bots the way we’d talk about the latest fashion trends. We weren’t really using bots for value; we were using them to be entertained. Both are well within the realm of chatbot capabilities, but the onus is on the humans making the chatbot to make it valuable. When turning novelty into value became hard, Facebook killed M, WIRED eulogized chatbots, and we all laughed.

Form is function and function is form. And building a chatbot for the sake of having a chatbot will result in a functionless form. The furthest most CMOs or CTOs ever got when strategizing about the technology was ‘we need a bot.’ Many built and deployed those bots, and even the ones that didn’t cause a PR dumpster fire were seen as having little return of investment. And so we blamed the tech.

For many businesses, of course, this has not been the case. One of the earliest success stories was Domino’s, one of the first large brands out of the gate with a chatbot that could do something for you.

Granted, with such discrete interactions, some complained that they couldn’t chat aimlessly with the bot. However, slowly the consumer caught up. They realized the bot was providing value in the form of a frictionless pizza-ordering experience.

The truth is Domino’s modest approach to the technology and not over-promising on its abilities was the smartest approach they could’ve taken. Domino’s isn’t in the entertainment business — they’re in the pizza business. And they didn’t forget it in the face of the potential of this new technology.

Tay was more of a thought piece and an exercise in programming than a legitimate use of the technology in its current state. It served no purpose other than to entertain. And when Tay was manipulated to be even more entertaining by way of naziism by Twitter, we were shocked.

Without a discrete purpose, engineers can only predict out so far the permutations of human conversation. There is so much about the technology that we’re still learning, and without focusing on a north star based in actual business and customer value, we’re bound to get it wrong 9 times out of 10. The only way to progress the technology is to find real uses and build on them over time.

Toys die. What we find entertaining mutates faster than the speed of light. Things that we derive value from, on the other hand, stick around a lot longer.

That’s why at the same time we all eulogize chatbots, we’re seeing these technologies grow. More brands than ever before are using bots to improve the customer experience. Because chatbots are done as entertainment. And that means their real adoption is only beginning.

The plateau of productivity

It’s fitting that M was killed off at CES, the world’s largest celebration of the place where technology and entertainment meet. M wasn’t entertaining enough, nor useful. Not for Facebook, not for its users.

Now that we’re free of the constraint of needing to be entertaining, we can rise to the plateau of productivity — the place where technology improves and use cases and adoption grow. Venturebeat is already calling 2018 the year that enterprise adopts bots.

Chasing trendiness and novelty is a fool’s errand. Most trends are dead by the time we understand them, but the ability to build a better mousetrap will always be in style. So stop obsessing about tech trends. Lasting technologies aren’t built on virality or the ability to entertain ad infinitum. They’re built on customer and business value. Anything else is just bad business.

Read next: Blockchain is crappy technology and a bad vision for the future