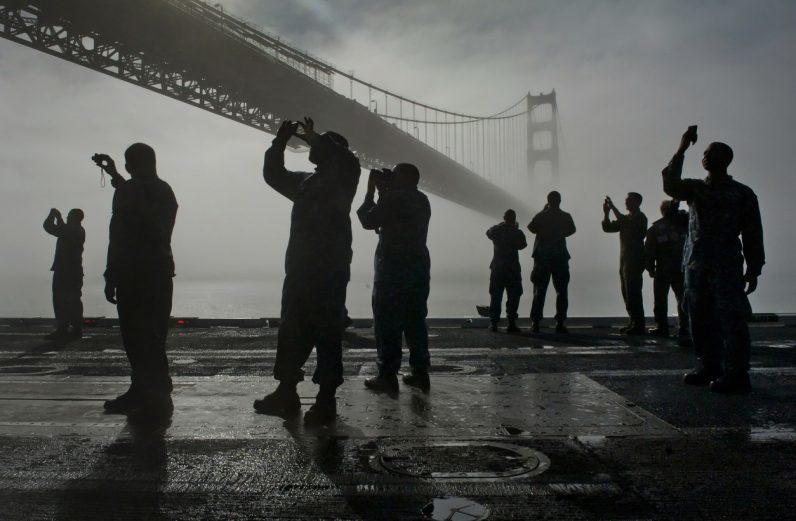 Silicon Valley was once known for its innovation and progressive attitude. The tech explosion of the last two decades has transformed the area, turning many of its neighborhoods into some of the richest in the world. And as the money, power, and influence of the tech ecosystem reach new heights, Silicon Valley is gaining a reputation — some of which ain’t pretty.

Many of the consulting clients I’ve worked with over the past few years are based in remote locations in the US and in the tech ecosystems of the Middle East, the Nordics, Central and Eastern Europe, and beyond. The CEOs at these tech companies often tell me how supportive their local ecosystems are, and almost all of these executives are involved in some kind of mentoring and sitting on the boards of other startups.

I’m sure it’s possible I’m wrong, but my impression is that happens less in the dog-eat-dog culture of Silicon Valley.

But is the Silicon Valley mystique over? Say what you will about its resilience and being “too big to fail” – it’s definitely been under assault in recent months.

A valley gone off the rails

Even VC moguls have lost patience with the “group think” and homogeneous politics. PayPal co-founder Peter Thiel, an outspoken libertarian and Trump supporter, has left Silicon Valley, where he was at odds with many tech players. Thiel invested in some of the area’s biggest companies, including Facebook, Yelp, LinkedIn, and Quora.

Mike Moritz, a managing partner at Sequoia who was also an early investor in Apple and Google, even accuses Silicon Valley’s culture of becoming “unhinged” by misplaced emphasis on work-life balance and the need for fancy workstations and recreational areas in offices. He warns us that if we don’t keep up with Chinese tech companies’ furious pace of work, Silicon Valley won’t be special anymore. Oh well.

Then there’s the seedy underbelly of Silicon Valley corporate culture. The controversial Elephant in the Valley study discovered that one-third of the women here felt afraid for their personal safety while at work due to repeated sexual harassment.

In a Vanity Fair adaptation of her new book, the brilliantly named Brotopia, Emily Chang describes some weird, sex- and drug-laced parties, degrading to women, that run rampant throughout Silicon Valley. These high-end gatherings are exclusively by invitation, and most seem to lean heavily toward male-heterosexual fantasies with a high female-to-male ratio and wild, carnal “cuddle puddles.”

Chang boldly claims the behavior of founders at these gatherings is the manifestation of the same audacity that makes them think they can change the world, and that their entitlement to disrupt goes beyond tech, extending to society as well.

Perhaps it is finally time for the tech industry to get over its obsession with Silicon Valley. Not only because of its misogynistic tendencies, cultural excesses or nose-bleed housing prices. But because of the serious benefits associated with starting a tech business elsewhere.

Plenty of runway to be found elsewhere

VC Funding in the Los Angeles area has quietly exploded, with the Snap IPO leading the way – which helped cast LA in a new light. Amazon, one of the biggest and hottest tech companies ever, is based in Seattle – and is looking to smaller cities for building its much-hyped “HQ2.”

But that’s not far enough away for some. Top venture capitalist Mark Kvamme left Silicon Valley four years ago seeking opportunities to invest in tech in the Midwest heartland. The Midwest is not only untapped, but may be the antidote to the hectic tech scene of Silicon Valley. Kvamme’s firm has invested in 26 companies and raised $550 million.

The Comeback Cities Tour, a three-day journey by bus, drove 12 VCs from the Bay Area through the Midwest to meet local officials and find promising startups in overlooked areas of the country.

While it’s still true that Silicon Valley is the epicenter of VC opportunities and grants, there is far more competition for funding there. Although it might seem like Silicon Valley will provide the money you need to launch your unicorn into orbit, my impression is that when you account for operation costs and level of investor competition, less buzz-worthy cities become a much more appealing option.

Conventional wisdom has it that if you’re not in Silicon Valley, you’re not a serious tech contender. While Silicon Valley claims to offer opportunity, its hefty cost of living basically guarantees that you’ll pay a six- or seven-figure sum for office space and local employment.

Housing costs are so high in the Bay Area that less than half of workers can afford a home at the median price. In the ten years between 2007’s housing bubble and 2017’s, Palo Alto’s median home price surged 131 percent, reaching $2.75 million, while the median household income eked out a gain of 15 percent. Many businesses are leveraging the opportunity of Silicon Valley with the operational cost of small-town America.

For instance, it might not seem like a successful tech company could place its foundations in such a small and unexciting town as Roseburg, Oregon, but Carrot, a SaaS platform for real estate marketing, wears this challenge like a badge of honor. By leveraging low operation costs and a 50 percent remote team, Carrot has bootstrapped itself from ground zero and is now one of the fastest growing companies in Oregon.

Similarly, influencer marketing thought leader Jason Quey takes pride in having built his new GrowthRamp content promotion tool, currently in beta, in the sleepy city of Spokane, Washington, where his fully bootstrapped business is a big fish in a small pond.

In today’s global village, plenty of companies targeting a U.S. audience operate from foreign destinations, many with semi or fully remote teams.

Mid-sized cities have loads of talent and little opportunity

One of the main reasons that tech companies are drawn to Silicon Valley is because of talent in that area.

There’s no denying that the best coders and tech visionaries are going to be naturally attracted to the locale with the most buzz. Still, is it really true that the most talented people are only in Silicon Valley? Or is that just hot air? In my opinion, the more important question is whether the best talent value is there, and the answer is an obvious no.

Consider what’s going on in college towns all around the U.S. — students are learning… and then leaving. In fact, Massachusetts Institute of Technology ranks as the best technology school in the nation. But it’s based out of a town of only 110,000 people and a state that ranks 6th for number of people moving away.

There’s a massive amount of educated and talented young people in college cities, but many of those people relocate after receiving their degrees, simply because of the lack of opportunity in their college towns. To me, logic seems to favor building a business in a middle-sized college city, where you’re closer to the talent – not further away.

Furthermore, in Yourtown, USA, there are less distractions and significantly less employee turnover. The talent pool may be smaller, but you’re exempt from competing with giants like Facebook and Google.

The benefits of forsaking the Valley

Silicon Valley isn’t what it once was. The ability to start a tech business with an internet connection and a great idea has allowed entrepreneurs the world over to rethink their startup locations. And since smaller, less hyped-up cities have lower costs of operations, less cultural baggage, less competition for funding, and loads of talented people, they make appealing options for the ambitious entrepreneur.

Reports show that people are leaving Silicon Valley as quickly as they are coming in, with the region gaining 44,732 immigrants but losing 44,102 residents between July 2015 and July 2017.

Thought pieces from Silicon Valley insiders sick of the scene and grappling with leaving Silicon Valley have started to become “a thing” in the last number of months – proof that many are ready to move beyond the conventional wisdom that tech belongs nowhere else.

Sure, it’s possible that you can still manage a thriving, sustainable tech business in the Bay Area. I’m not saying it’s impossible – just that you don’t have to be there, and you may be better off elsewhere.