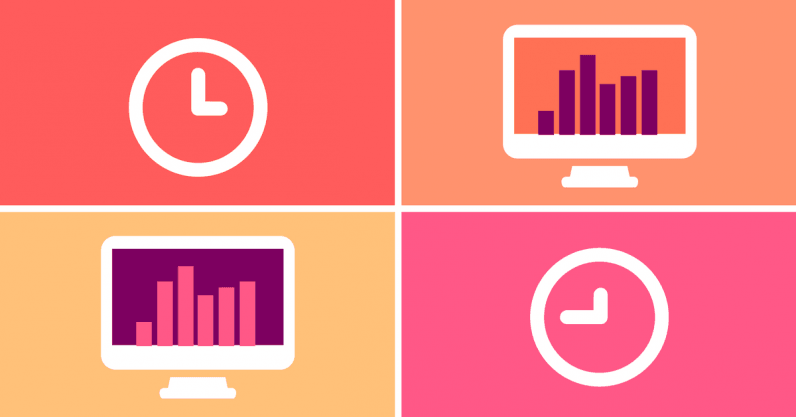 Have you ever been so focused on a task that it seemed like everything in the background became nonexistent and the only thing you were thinking about was the responsibility at hand?

If so, you’ve experienced flow, likely without even realizing it.

Flow is a state of being that involves working at your full potential, where you feel and perform at your best. Some people describe it as being “in the zone.”

The foundations of flow

The person primarily associated with the concept of flow is a psychologist named Mihaly Csikszentmihalyi. Before getting into the psychology field, his experiences as a prisoner during World War II led Csikszentmihalyi to become curious about what makes people content.

After attending a lecture given by Carl Jung, Csikszentmihalyi was compelled to go to the United States to formally study psychology and look deeper about the characteristics of happiness.

His collective studies and experiences eventually made him conclude that it’s an internal condition and requires effort to manifest. He also noticed that people were happiest when they were in the state of flow mentioned above. (Though there are certainly things companies can do to keep their employees happier in general.)

Csikszentmihalyi published his famous book on flow, Flow: The Psychology of Optimal Experience, in 1990.

Nearly three decades later, this concept is still as relevant as ever.

Here are a few ways flow could help you like your job more.

Flow could stop you from concentrating on the clock

Many members of the workforce are self-identified clock-watchers, and their days feel much longer than they are because they are fixated on the passing seconds.

Csikszentmihalyi determined there are numerous shared characteristics shown by people who are in flow states. One of them is the loss of the awareness of time, which could mean time consciousness no longer dominates your workday.

Flow prevents you from concentrating on unimportant things

When you’re in a flow state, self-conscious thoughts and negative rumination don’t hinder you.

You focus on the task at hand and find it intrinsically rewarding. You’re not thinking about perceived inadequacies, what you’ll make for dinner tonight or whether it’ll be raining when you get done with work.

Experts say self-conscious rumination, in particular, leads to stress, depression and burnout. If you could spend less time thinking about fear-driven assumptions and more time achieving the things that really matter, what might you accomplish?

Flow is a way to double your productivity

Steven Kotler is another expert who’s devoted significant portions of his life and work to studying flow. His findings indicate adventure sports athletes are some of the best at getting into flow states. That’s because they provide periodic goals and feedback that makes achieving flow particularly likely.

Kotler warns, though, that flow is an elusive state for many people in today’s workforce. He says the average businessperson is in a flow state for only 5 percent of the day. If they increased it to 15 percent, productivity would double.

Flow could banish your boredom

A worldwide poll about worker satisfaction found that 85 percent of respondents felt emotionally disconnected at their jobs. If you can relate, it could be because the tasks you’re tackling aren’t rewarding or mentally stimulating enough.

You can’t force getting into a flow state, but a study Csikszentmihalyi carried out at the University of Chicago found it’s easier to get into a flow when both the challenges faced and the skills utilized are higher than average.

If you dislike your job because it makes you bored, being in a flow state more often than usual could lead to more satisfaction. Additionally, simply setting up a more productive working schedule could do wonders to help you, too.

Now that we’ve covered what flow is and why it’s beneficial, let’s go over some actionable steps to take that could help you achieve it.

1. Listen to a background noise app

The characteristics of flow — whereby you focus on your work and nothing else — might sound too good to be true, especially if your office environment features chatter, ringing phones and the sounds of fingers on keyboards.

Certain colors of noise drown out all other sounds. White or pink noise is particularly useful for that purpose.

Many free noise machine apps emit those sounds on a continuous loop, so you can use a pair of earbuds and listen throughout your workday. Some people need extra help to get into flow states, and a tool that cuts out your background noise could help immensely.

Finding your flow requires a conscious mental effort and intention — and conjuring it up may seem like a foreign exercise at first.

One of the ways to improve your outcomes is to decorate your office or desk area with insightful quotes about flow. By reading them, you’ll get perpetual reminders of what it means to be in a flow state and what’ll happen when you are.

Also, seeing the quotes assures you that getting into your flow is possible and not as daunting as it might seem in the beginning.

3. Talk to your boss about what could boost your performance

While giving a TED talk about flow, Csikszentmihalyi mentioned that people in the state of flow are doing things they genuinely enjoy.

Earlier, you learned how a balance needs to exist between the challenge of a task and the skills used to accomplish it, too.

If you find that the work you do doesn’t require many of the skills you possess and it’s not sufficiently challenging, it’s worth having a chat with your boss. See if you could get cross-trained in another department or take on a new responsibility to make things more interesting.

4. Write about what’s stressing you

Maybe you’re a writer by profession, or your career path requires frequent written communications. Even so, you might not be writing in a way that helps your mind get rid of negative thoughts. Remember, one of the elements of flow involves not getting distracted by self-conscious thoughts.

Tim Wilson, a psychology professor at the University of Virginia, recommends writing about the things that make you feel stressed.

Get into a routine of doing that two to three nights per week, and see if you find it easier to concentrate on work and get into a flow state.

After finding your flow, your attitudes about work could change for the better, for good. Not only will you get more done, but you’ll feel more content, too.

When you finally find your flow, it will pay off in more ways than one.

Your productivity will increase, your outlook on life will improve and you’ll feel more connected to the world around you.

That’s a great way to live.

Read next: Survey: Amazon beats Google and Apple for 'most positive' impact on society