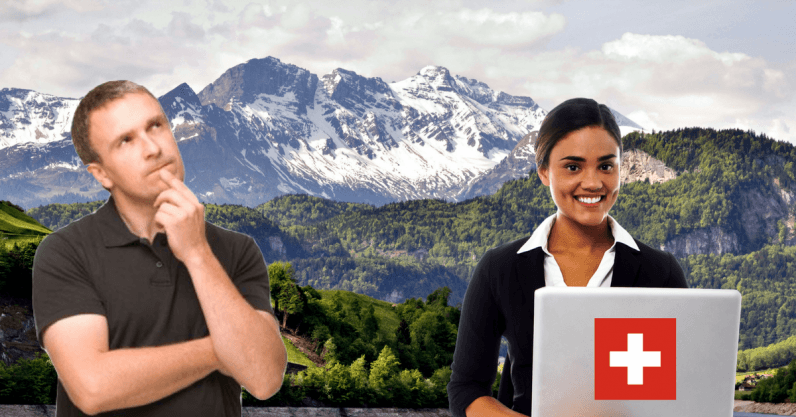 When foreigners think of Switzerland, romantic images of beautiful snow peaked mountains, chocolate, watches, and cowbells come to mind. But startups and technology? Not so much.

Despite Switzerland being ranked the most innovative country in the world by the Global Innovation Index, our country’s startup and tech scenes are more often than not overshadowed by more the established hubs in Berlin and London. Many potential founders are put off by the comparatively high cost of living and small Swiss market; however, if you look closely, while there may be challenges, nestled between our mountains you can find the ingredients for an active, engaged and rapidly growing startup ecosystem.

Here’s a brief breakdown of the pros and cons of launching a startup in Switzerland:

PROS — Arguably the most essential base components to build a solid startup ecosystem are talent and education. To develop great companies and products, you need the right people, but with whispers of a ‘talent shortage,’ this is becoming tougher — even in more established hubs.

Luckily for us, Switzerland has a level of secondary and university level education which ranks amongst the highest in the world. The École polytechnique fédérale de Lausanne (EFPL) is a central force in driving forward the Swiss startup ecosystem — especially since the launch of its Innovation Park, which is now home to more than 120 startups, and formerly home to Mindmaze, Switzerland’s only unicorn. The Swiss Federal Institute of Technology in Zurich (ETH) also has a great track record as a launch pad for early stage startups, and has created as many as 2,500 jobs with their spinoffs in recent years.

Thanks to high average salaries, high standard of living, low tax rates and unemployment rates the majority of young Swiss stay on home turf once they complete their education.

And while startups can’t compete with banks, insurance giants, and big pharma companies in terms of salary, they can hook young and motivated candidates by offering more interesting, challenging roles. As we’ve heard a million times, millennials want to make a difference and be given space to improve, and will accept lower wages at a startup where their opinions matter, rather than starting off as a faceless employee on the bottom rung of a global corporation.

Due to the size of our ecosystem, we also have the added benefit of less startups fishing in the same pond. And if you can’t find Swiss talent to fill your specific role, the high salaries are increasingly attracting foreign talent too. In larger cities like Zurich, Basel, and Geneva almost all younger generations and professionals have a high level of English, along with at least one if not two other languages, which is attractive to founders looking to launch across Europe.

CONS — However, in true peak and valley style, while Switzerland is a great place to be an employee, it’s an expensive place to be an employer. Switzerland has the highest average wage for employees in Europe, meaning that for businesses that are employee intensive, costs can be very high. As a result, it’s essential to really put the time and energy into bringing on the right talent for projects, while optimizing processes to stay lean and efficient.

You can also take a page out of the playbook of startups like GetYourGuide, FinanceFox, and Movu by outsourcing ‘people heavy’ roles, or opening satellite offices with larger sales, development or marketing teams in foreign countries where the labor costs are cheaper.

PROS — Having a great idea is only the first step; actually founding a business requires capital… and a lot of paperwork. In comparison to neighboring countries, the Swiss government is actually taking positive steps to speed up the process. In contrast to Germany and France, where startups can quickly get tangled up in red tape, the Swiss public and tax administration and the social insurance institutions are comparatively easy to handle, with many functions available online.

For those startups looking to be acquired or partner with larger corporates, Switzerland is home to many global banks, insurance companies, telecoms, pharmaceutical, and manufacturing companies, including 15 Fortune 500 companies. Leading organizations like Swisscom, Tamedia, Ringier, Novartis, and Roche are increasingly getting more interested in the  local startup scene, organizing innovation labs, scouting at startup events and partnering with, funding, and acquiring homegrown startups.

CONS — Raising capital is another ballgame. While Switzerland is famous for guarding the wealth of the world’s richest, the streets aren’t actually paved with gold, and for many years it was tough for early stage startups to raise funding.

That being said, as the startup ecosystem has developed, so has our network of local VCs and angel investors. According to recent VC report from Startupticker, investment in Swiss startups has almost tripled in just five years to nearly CHF 1 billion, or roughly €860 million. But about 70 percent of Swiss growth financing in 2016 still came from abroad. The other 30 percent came from Swiss family offices and handful of local VCs.

While finding seed funding has gotten easier, securing A and B round investments of between CHF 2-10 million remains more challenging, despite recent VC reports showing a slight improvement since 2015.

And most founders will tell you that when searching for a partner or investor, money isn’t everything. A common problem in developing ecosystems is finding investors who can add not only capital, but also provide industry expertise, mentorship, and access to networks.

Apart from the fields of healthcare and lifesciences, Switzerland is not as developed as other established startup hubs in Europe. When it comes to smart investment, founders need to look further afield in Europe and even the US. That said, within specialized hubs like Basel, home to industry leaders such as Roche and Novartis, and Zug, known by many as cryptovalley, experienced investors are increasingly devoting time, resources, and energy into the emerging startup communities.

As the startup community becomes more unified and more first generation founders exit and seek new projects, we will surely see more smart investment. Entrepreneurial communities like Impact Hub Zurich, support programs like Venture Kick and startup events like TOP100 Swiss Startups Award and Startup-weekend are helping to bring the community together. However, while we are moving in the right direction, the startups need to embrace a more ‘open’ culture, where we exchange experiences, ask for advice, talk about the challenges, opportunities, and failures. We need to stop passing like ships in the night and start leaning on each other more.

PROS — Switzerland has a strong market with a lot of buying power. The Swiss have the highest disposable income globally, and the good news for Swiss companies — both B2B and B2C — is that Swiss consumers like to spend it locally, choosing homegrown products or services over more popular globals giants.

For example, Digitec, a Swiss electronic online shop, was the leading online store in Switzerland in 2016, and Ricardo.ch, the Swiss Ebay, remains one of the the most popular online retailers in the country, despite competition from giants like Amazon, Zalando, Ebay, and AliBaba. Other homegrown heroes include Deindeal.ch which blew Groupon out of the water.

This consumer loyalty opens the door to the creation of ‘clone’ companies — i.e., those which create Swiss versions of existing products which have succeeded abroad, a model championed by German Rocket Internet.

CONS — With a population of roughly 8.4 million — smaller than New York City — our local loyalty will only get us so far, and we are unlikely to see the next $100 billion consumer product coming out of Zurich. And while general B2C internet based companies may flourish, for more niche, B2B or SAAS products which need the economy of scale, the Swiss market is simply too small to only focus here.

Mini-hubs like Zurich, Basel, or Canton Vaud have all of the necessary components for a vibrant startup ecosystem. However, to move to the next level, we need to bring things together and adopt more of a unified startup mentality. Swiss startups need to start communicating, collaborating and sharing more.

Read next: How do we stop robots from killing us? Make them squishy