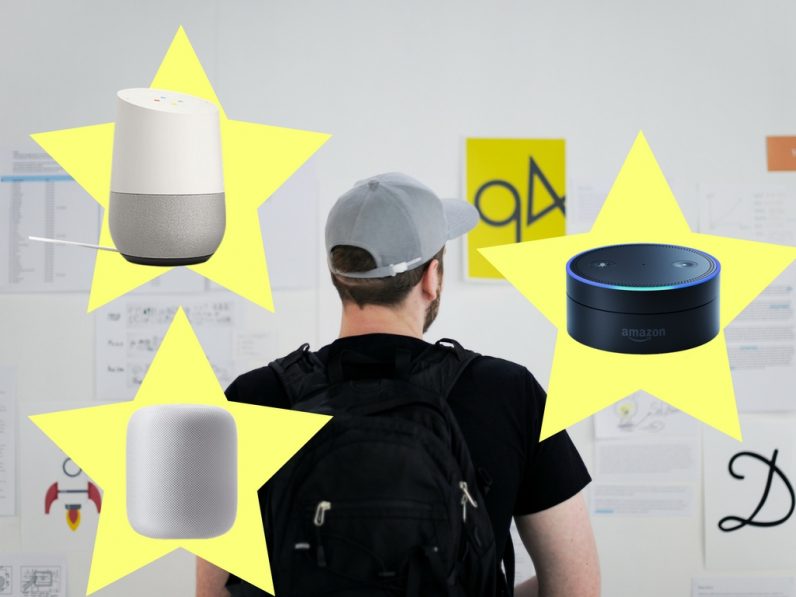 Remember when you first started using mobile apps around 2008? I know I do; I recall how the idea of pressing little iPhone icons for breaking news, emails, shopping needs, and restaurant searches seemed exotic and revolutionary, but it quickly became “the new normal.”

I was a product manager back then and found the potential marketing capabilities of these apps to be fascinating. Fast-forward to the present, and like mobile apps in ‘08, voice assistants now are creating new ways for brands to interact with consumers. And by looking back at the evolution of mobile, I believe that we can better anticipate the next developments in voice.

Prediction 1: Complexity will rule the day

2018 will be the year when the voice trend becomes undeniable. We’ll see more companies invest in developing for voice interfaces, and I predict most will focus on Amazon’s Alexa due to the head-start it has in the consumer marketplace. (Per eMarketer, Amazon owns roughly 70 percent of the smart speaker market.)

The first iPhone was revolutionary because its IOS platform opened up new possibilities for mobile computing beyond what Apple could imagine. Voice platforms represent similar potential, and we’ve reached a tipping point as the companies behind them — Amazon, Google, Apple, and reportedly, Facebook — go beyond relatively simple tasks (like music, podcasts and weather) to creating a true ecosystem. Amazon recently announced a subscription model for Alexa skills, giving developers a way to monetize their apps.

As we saw in the heyday of mobile, the emergence of multiple devices and platforms increases the price of participation. You might recall two things that happened to make mobile app development more complicated around 2008: first, the emergence of Android (and to a far lesser extent, Microsoft) as a competing operating system meant brands and app developers had to manage the complexity of developing, maintaining, and improving apps across multiple platforms.

In 2010, the definition of “mobile” expanded when Apple introduced the iPad. Each device type was designed for slightly different use cases: tablets for “lean-back” consumption, phones for “on-the-go,” and devices like mini tablets and hybrid tablet/PCs for “in between” scenarios.

Brands had to answer a few tough questions: How much investment to put into iOS versus Android? Should we develop a tablet app or just re-use our mobile app? This was also the most heated moment of the HTML5 versus native app debate, when Facebook CEO Mark Zuckerberg put a stake in the ground for HTML5 before retreating a few years later. Development best practices also came under scrutiny — I remember many heated conversations during this time about the tradeoffs between user experience and development “efficiency.”

I am noticing similar things happening in voice. The ecosystem is nascent but already expanding quickly. Multiple platforms are emerging, with Alexa as a clear no. 1 and Google as no. 2. Meanwhile, device types are proliferating. Just look at Amazon, for example:

This complexity creates several challenges. Brands will need to figure out the unique assets and capabilities of each piece of hardware while maintaining some level of consistency in the user experience.

There’s also the open question of whether a brand will be able to maintain a single, master copy of a “conversational library” or will need to specify and maintain mappings of unstructured language structure to specific API commands at a platform level.

Prediction 2: Discovery of branded voice apps will be a major challenge

Discovery is an even bigger challenge in developing for voice than for mobile. Because there is essentially no visual interface with a voice assistant  — unless you connect through the Alexa or Google Assistant mobile app. That’s why browsing and search behaviors will take a different form.

When app development took off over the years and competition for mobile eyeballs became fierce, marketers were willing to pay to acquire downloads via search engines like Google and social platforms, most notably Facebook. And Google and Apple, in recent years, introduced pay-for-play options in their app stores.

Similarly, I expect voice platforms will respond to this challenge and introduce features such as paid placements as a way for developers to increase their visibility. As of last count a few weeks ago, there were 25,000 Alexa skills for people to choose from, up from 10,000 in February. The competition is simply exploding.

Platforms also offered ratings and reviews as a way to filter out low-quality mobile apps, and they debuted user features for organizing and managing apps (e.g., folders in iOS and centralized notifications controls). There is no concept of folders or categories within a voice platform. All of this will have to be figured out.

In the near term, voice developers will need to rely on paid methods — voice and other social ads, as well as email notifications — to promote app discovery and installs.

At first, there was a rush to build mobile apps, and then there was a challenge finding them. But the problem didn’t end there — marketers still needed to engage users and make sure that mobile apps became part of consumers’ day-to-day usage patterns.

Mobile push notifications, like the alerts that notify you of Instagram activity on a post or that your flight is delayed, emerged onto the marketing scene, and notifications pioneers Urban Airship and Braze helped mobile app developers drive engagement and reduce user churn. Vendors that had event-triggered infrastructures for other channels like email/SMS extended these to include in-app notifications as a delivery vehicle.

Over time, mobile push notifications have become a de facto standard feature in the broader marketing cloud offerings from Adobe, Oracle and Salesforce. I expect voice notifications to evolve in the same way.

Voice apps now face this exact same engagement challenge. According to VoiceLabs’ research, when people enable a voice app, there’s only a three percent chance that they will be an active user a week later. Therefore, developers will need to proactively “nudge” users into action, as opposed to waiting for them to engage.

Amazon has already added a “notifications” capability that is in beta. It’s easy to see how we can anticipate mobile app notifications being transformed into voice notifications. Companies like Urban Airship are now moving to support Alexa notifications.

Just as mobile alerts became a standard feature of omnichannel marketing platforms, we can now expect the same for voice notifications. Marketers doing notifications for SMS, in app or email, for instance, will connect their messaging systems to voice apps, making it simpler for brands to let customers opt in for notifications by voice.

Thus, by end of 2018, every player in the mobile app notifications space — from Urban Airship and Braze to Oracle, Salesforce, and Adobe — will offer voice notifications alongside email, mobile push, and SMS.

Just as smartphone apps dominated the mobile marketing world’s attention for five-plus years, we can expect brands to be as focused on the rise of voice applications during 2018 and into the next decade. The old Shakespearean adage — what’s past is prologue — seems particularly apropos when looking back on the first 10 years of the mobile era and thinking about what’s next with voice.

Read next: Building a SaaS product? Avoid these 6 common mistakes at all costs