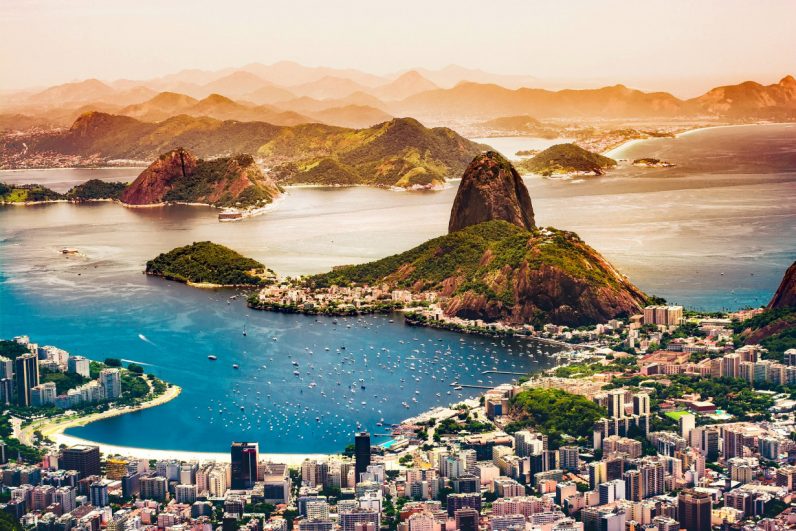 We in Latin America are the happiest people in the world. We have dominant international soccer teams. We have over half our population using the internet, and some of the highest daily internet usage in the entire world.

Understandably, having a population higher than Russia and America combined, Latin America also comes with a vast amount of differences between our North American cousins. And, to be honest, if you dropped the average American startup into our ecosystem, they’d crumble under the weight of a vastly different world. I want to help you understand why.

In Brazil, we’ve faced chaotic interest rates — though our selic rate is down to 7.5 percent now, it was previously as high as 15.45 percent in 1999 (and 14.25 percent in 2015). In Brazil alone we are personally hit with an endless stream of taxes for businesses, and our consumer electronics are taxed, sending prices skyrocketing — like a PlayStation 4 costing $1845 USD!

Admittedly, that was how much PS4 cost back in 2013, but then Sony deliberately began to manufacture consoles in Brazil to specifically bring down the price. However, this isn’t the norm and shows the challenges that tech has faced in Latin America.

This means that not only are your business taxes incredibly high, so are the costs of the high-tech goods that many more people in America can actually afford. You had better be well funded… which I’ll get to.

Consumer adoption of technology is slower

Despite being the fastest-growing smartphone market in the world, Latin America suffers from multiple luxury taxes. For example, an iPhone costs 150 percent more in Argentina and even a basic laptop in Brazil can  around $1400.

This means that companies that rely heavily on the newest technology, you’re going to have significant issues. Apple’s ARKit may run on anything from an iPhone SE onward, but in Brazil a the two-year-old iPhone SE (that can be bought from Best Buy at $149.99 in America) costs $1999 BRL — so $615 USD.

When one of your most wealthy countries (Argentina) has a gross national income per capita of $19,980 (and on average far worse), that should begin to spell out how hard it is to rely on your customer having the latest — or even recent technology — available. Or how your consumer products must be built to improve lives at scale. I’m afraid your laundry-deliver app isn’t going to fly here.

Recruitment is challenging — and employees are costly

The excitement of leaving a top university like Stanford and being paid in equity with the hopes of a huge exit would be considered, at best, having a crazy dream in Latin America. Equity means nothing here — security does.

Compared to management consultancy and financial services, careers that naturally flow from a good university degree here, a startup’s offer of a “big exit” is nothing compared to tangible income. It’s a slowly changing trend, but for now you can’t offer equity or dreams to the brightest and best — you need to offer cash.

And when you actually do get someone, at least in Brazil it is incredibly expensive to keep them. The payroll costs are at least 68.18 percent a month of the employee’s salary. That $90,000-a-year genius you just found actually costs you $151,362. Ouch.

Opening a bank account takes months — and funding is a pain

Due to a high rate of fraud and money laundering, it takes three months to open a bank account for a business in Brazil. Without a business bank account, you can’t receive revenue. Or funding. Or much of anything. This means that to even start your business you will have to pass through endless red tape and waiting, form after form, to prove to the bank that you’re going to run a legal business.

This means that the very starting up of a start up begins in a way that can’t be “disrupted” or “innovated” on — these are the laws, and we must abide by them. And you will too, if you wish to take revenue here.

Finally, when you are finally taking revenue and building a business, you’ll seek funding.

And that’s when you may hit a wall. As there is a genuine lack of home-based Latin American venture capital, and the rest of the world has only recently turned its eyes toward us, we lack luxuries such as bridge rounds and a huge mortality rate past Series A for startups. When you stumble in Latin America… you can fall much more easily.

I’m not saying that I regret it for a second. Our market is fluid, exciting, surprising, and we are able to address the needs of hundreds of millions of people. It’s hard work, and one that breeds some of the most interesting and wonderful entrepreneurs in the world.

Read next: Uber-rival Taxify launches in Australia (and hopefully has a license this time)