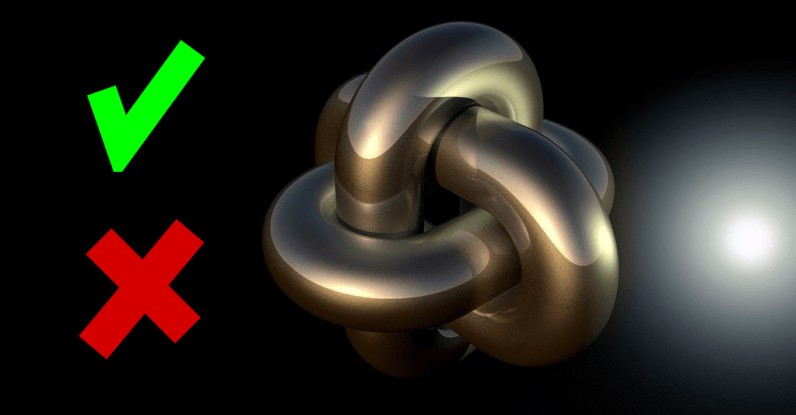 Right now, we simply don’t live in a true democracy. We elect representatives to vote on our behalf, and we show our displeasure with the status quo after one or two terms with a radical switch to the opposition that sets about dismantling their work. But is there a better way?

Could the people vote on every major decision? Could we have a say on everything? Yes, we can.

The disruptive answer is right there in front of our face. The answer is blockchain voting.

It’s almost hard to believe in this sharing economy, when we can run polls on Facebook and get results of a vote in real time, that we’re leaving decisions that affect our daily lives to people we might not trust at all.

The Ancient Greeks managed this system in 5BC, and now we’ve got technology on our side. Blockchain can go well beyond cryptocurrencies. National governments already have their records online and it can do everything from changing the voting process to fighting child trafficking and illegal fishing. We just have to apply it.

The whole essence of blockchain is immutable truth. It is simply a nightmare to hack, because it is based on a P2P system, each block must follow on from the previous one, and it’s all independently verified by “miners.” Big government can use it, but it really cannot twist it.

That makes it seriously attractive as a voting tool.

The Greeks gathered to discuss and vote on the town’s issues, but we’ve fallen further and further from that ideal as society has “evolved.” Now we have elected representatives and that system is open to corruption, mistakes, and personal political agendas that hurt the population.

The United States has been downgraded to a “flawed democracy,” according to The Economist’s Intelligence Unit, and that’s without suspect voting results and allegations of Russian influence in the democratic process.

Only 55.7 percent of eligible Americans voted in the 2016 election and turnout is a real issue, especially for poorer workers who simply cannot take time off to vote, or those who cannot get transport to the polls. Whatever the reason, though, slightly more than half the people turning out to vote simply isn’t good enough.

The Urban Millennial Survey revealed that 83 percent of 35-year-olds simply don’t feel that they have a voice in modern politics. That leads to disengagement and vast swathes of the population that feel disenfranchised and excluded.

The entire US election that saw Donald Trump, a political neophyte unfit to hold the presidency, sweep to office was mired in doubts about vote rigging, too. In the modern age, we really shouldn’t be counting up pieces of paper with a tick in a box. It opens the door to miscounts, allegations of wrongdoing and simple mistakes deciding the fate of a nation.

This is absolutely crazy, and absolutely unnecessary. Our future rests on counting pieces of paper. We are not in school anymore, and this really shouldn’t be happening. We have the means to tie each and every electronic vote to an individual, we can keep it anonymous and we can ensure that it is secure and tamper proof. So why aren’t we doing it?

From Estonia to Iceland, blockchain is taking the world by storm

The process we have right now creates such a bureaucratic mess that running more votes, for everything, is pretty much inconceivable. But it doesn’t have to be this way.

Compare and contrast this to the system in Estonia, which has adopted blockchain technology. This means the citizens can vote, file tax returns, self-notarize birth certificates and more on a smartphone, with no fear of fraud. A cottage industry has sprung up to engage the Estonian people with every policy, before it gets the green-light.

Iceland’s capital, Reykjavík, already has a system in place where the 10 best ideas presented on their website are discussed at monthly council meetings. These could be put directly to the people.

We can put everything to the people and given them a chance to participate in all processes from major policy votes through to budgeting decisions. The potential is immense, the smart contracts that are part and parcel of Ethereum could easily be adapted and we could reach a point where the people get to have their say on a daily basis.

Of course, there is a real issue in that the general population doesn’t always know which way to vote. A new Australian political party, founded by technology advocates, has offered an intriguing solution.

Flux has promised to put every vote to the people and then vote accordingly in intra-parliamentary procedures. If you don’t know enough, you can hand your vote to recognized experts and they can make an informed choice on your behalf.

This is Liquid Democracy in action and it has the potential to draw people back into their nation’s democratic process. In fact, it’s a concept that is gathering steam of late and Democracy Earth’s Sovereign App, which several South American political parties have expressed an interest in, has been designed to allow the people to vote on matters that affect them and pass on things that don’t.

Open forums will let people debate the issues. Then, armed with the information, they can cast their vote. The system also allows them to pass judgement on individual aspects of a proposal, which means that it can be tweaked and presented for fresh consideration down the line.

The Liberal Alliance Party in Denmark already uses blockchain technology for internal voting, so the system works. It’s easy to scale up and the major obstacle isn’t technical. It’s psychological.

For this system to come into force in the United States, UK, Germany and other leading economies, the politicians have to give the voting power to the people. This simply won’t happen overnight and could take years of trial runs, pilot schemes and slow expansion before it becomes the norm. Political processes rarely change overnight unless they’re backed by a revolution. But the early signs are good.

Blockchain is ready-made for voting, because each transaction is verified numerous times. Its built-in voter security, which is a wonderful thing and the essence of democracy. Nothing is bulletproof, but the resources it would take are just mind-boggling.

As with anything in life, the key is trust

Obviously, though, it can happen. A hacker broke into the Decentralized Autonomous Organization’s Ethereum-based files recently and made off with $50 million of cryptocurrency. So, it isn’t impossible to hack the system and the chance to alter a country’s political history could be worth more than any hedge fund hack. Those behind the blockchain, then, still have to convince the powers that be that the system is secure.

We may also quibble about the size of the blocks and other details, but the real issue right now is trust. Blockchain is clearly a more secure and suitable system, but we’ll still have to sell the concept to governments, the general population and big business. If a mark on a piece of paper can cause mayhem, an abstract concept like blockchain could be too much for some politicians to take in.

That will not turn back the tide. Blockchain technology is coming and it has the capacity to change all of our lives. In the end, it could put creators directly in touch with buyers, it could turn the smartphone in their pocket into a legitimate bank account for the most impoverished people in the world and it could bring disenfranchised non-voters back from the fringes.

Ethereum-based technology has the capacity to give you a say in the way your country or your town is run. That is just so powerful. We all sit and complain about how our government is spending our tax dollars. Now we can have our say and actually feel true democracy for the first time.

Blockchain, then, goes well beyond simple currency. It could change the way we interact with our government. It could even make us a part of the action and it could certainly change the voting system around the world.

If it gives the people a say in the way their country is run, that has to be a good thing.

Read next: Alibaba passes $1 billion in sales in first 3 minutes of Singles Day