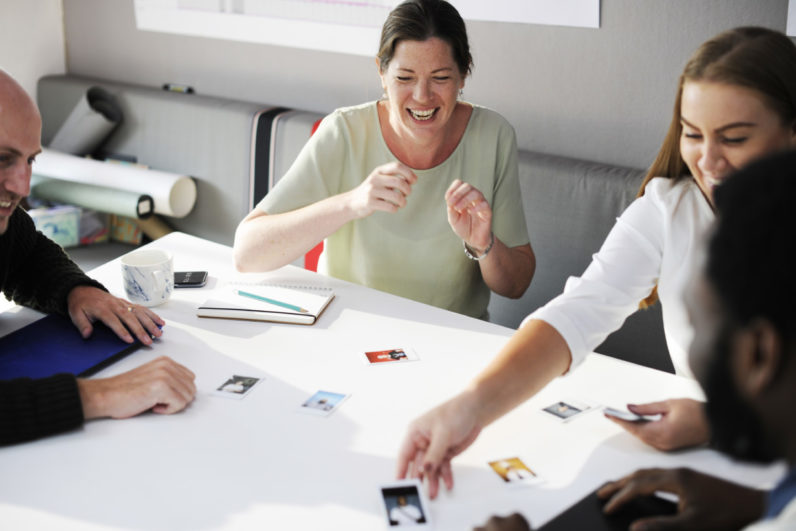 For every startup founder with a dream of building a business and scaling to infinity, there seems to be an organization promising to help make it happen. In virtually every major city in the world, a growing number of business accelerators and incubators are trying to replicate the successes of the organizations behind many of Silicon Valley’s so-called “tech unicorns.”

Both models typically attract founders with a technical background. Nontechnical founders may struggle to gain access to the resources these institutions provide — simply because they aren’t developing the kinds of products and services that accelerators and incubators value.

But if you’re a nontech founder, don’t panic. The emergence of a new model — the startup studio — promises new opportunities for viable businesses to get to market.

Why a startup studio?

When my co-founder and I started our marketing company in New York almost seven years ago, we immersed ourselves in the startup community. We quickly learned that being “nontech” founders — and, even worse, being a nontech company — was something of a stigma at many of the networking events we attended. “Oh, so you don’t code?” was a common remark we’d hear within 90 seconds of introducing ourselves. “I don’t really get physical businesses” was another common refrain.

After the initial stumbles, we eventually found our tribe. We now have a solid group of friends and confidants who are also nontech founders (and, of course, we have plenty of tech founder friends, too!). However, had we known back then about startup studios, it is likely we would have fallen into step even quicker — and had a network of people helping us over the early stumbling blocks we instead had to navigate on our own.

While many founders turn to accelerator and incubator programs to make these connections, they’re actually a poor source of assistance for nontech founders. In general, accelerators are built to jump-start the growth of existing companies. Incubators, on the other hand, exist mainly to foster innovative ideas. If you’re a nontech founder without a strong developer on your team, you will likely find these programs lacking the support needed to bridge your technical knowledge gap.

Startup studios give nontech founders access to the unique resources they need to launch a successful business. And they seem to be working: Companies such as Dollar Shave Club — which came out of the Science startup studio in Santa Monica, California — can provide a blueprint for what’s possible.

As a nontech founder, here are three reasons to consider joining a startup studio:

Startup studios such as Coplex Ventures enable entrepreneurs with domain expertise (i.e. vast industry knowledge) to work with developers and engineers to launch software companies. According to CEO Zach Ferres, the studio model “is a great alternative for subject matter experts who don’t qualify for traditional accelerators because they can’t code.”

Many nontech founders hire the cheapest developer they can find, sacrifice a large portion of company equity to bring on a technical co-founder, or spend precious hours trying to learn to code themselves. With the advent of startup studios, you can stop making these mistakes.

Though Dollar Shave Club (which Unilever acquired last year for $1 billion) is perhaps the most notable example, there are plenty of other success stories emerging from startup studios.

Studios such as Atomic and betaworks, which similarly connect ideas with the skills needed to bring them to life, now boast funds totaling $20 million and $50 million, respectively. They’re just two examples of institutions with substantial financial backing, which are becoming increasingly prevalent.

The opportunity to work with tech-savvy individuals will not only lead to more ideas, but it will also expose nontech founders to the tools and technology shaping the future.

It’s quite likely that at some point in your startup career, you’ll face failure or be forced to pivot. When that time comes, knowing what’s possible in a given technological landscape will allow you to make more informed choices about which opportunities to pursue. In this way, startup studios give nontech founders the same opportunities to collaborate and learn that traditional accelerators and incubators offer their technical counterparts.

Whether you work in tech or not, the decision to join a VC-backed organization is often a matter of circumstance. If growth is impossible given your current resources — or lack thereof — the startup studio model can help you move your dream forward.

Read next: Here's 4 ways to supplement your income with a side hustle