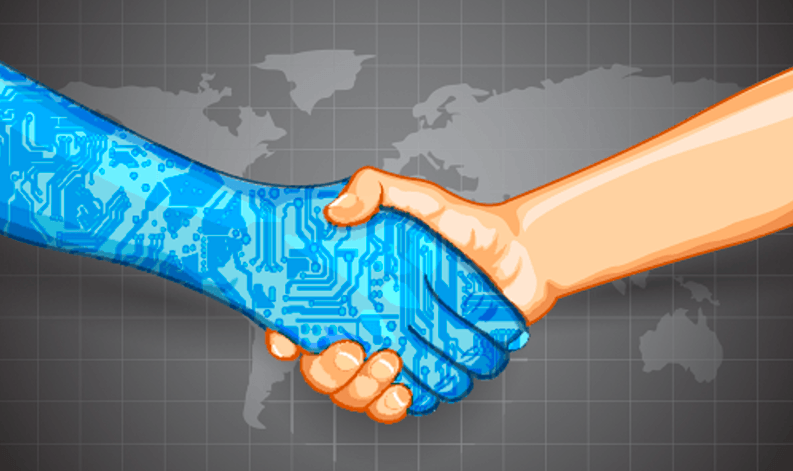 It’s easy to take cryptocurrencies and blockchain-powered startups for granted because of the hype.

While you might think that Bitcoin, Ethereum, or other platforms might not impact your life any time soon, think again. Blockchain tech has gone far beyond cryptocurrencies. Today’s tech startups are increasingly focused on bridging the gap from virtual to real worlds through relevant and game-changing technology that involves using distributed ledger tech for real-world applications.

Before anything, let’s take a step back and look into how technology has evolved and brought us this far. Technology is said to evolve at an exponential rate, and not a linear one. For instance, swords and spears have been the standard for warfare for thousands of years, but the invention of gunpowder suddenly changed how things were done in a matter of decades.

The same goes with the internet.

During its nascent stages in the 1970s, it was an idea straight from science fiction. But when it reached tipping point and became mainstream, it spawned entirely new industries, and many of today’s most valuable companies – from Apple to Google to Amazon – built their businesses on top of the internet or at least rode this wave to success.

Decentralization is the way to go

The same is happening in financial, legal, and other industries. The concept of blockchain, a distributed ledger, first came about just when the world was reeling from the effects of the 2007 global financial meltdown. Equities markets were at an all-time low, major financial institutions went bankrupt, and governments had to spend billions in bailout money.

This technology became the underpinnings of cryptocurrencies like Bitcoin, and it has become the gunpowder that would spark the launch of numerous new internet- and blockchain-based industries.

To illustrate how impactful blockchain tech can be in real-world scenarios, I want you to take a look at the basics.

In simplest terms, the blockchain is a distributed public ledger. This means that instead of having a centralized database and controlling entity for transactions, all data is encrypted and stored on each and every node connected to the network.

There are as many copies of the ledger itself as the number of nodes in the network. All “blocks” in the chain contain records of transactions. This kind of data architecture has revolutionized the process of verification and transfer of ownership. With no centralized control over verification and proof of ownership, there can be no single point of failure.

Any transaction must be verified by a majority of the existing blocks; otherwise, if the data is not simultaneously effected (such as, if a malicious hacker attempts to revise data on a single block), these are rejected, and the system automatically adjusts itself. This process thus also revolutionizes security and preservation of data.

Why we need decentralization

Banks charge transaction fees, interest rates, and can also earn from a spread in foreign exchange rates. Other centralized bodies have regulatory overheads and costs (think about real estate transfer taxes, for instance). Other middlemen, like realtors, brokers, and the like, all charge their own commission fees.

While Bitcoin mainly involves exchange of value, the so-called killer app of the blockchain is support for add-on applications. Ethereum, for example, supports not only cryptocurrency, but it also comes with its own distributed and peer-to-peer computing platform. Developers and users can run their own applications on the Ethereum blockchain, which makes it ideal for the numerous startup companies that are launching new and different products for different applications.

One big potential use case scenario for the Ethereum blockchain involve smart contracts. Because of the decentralized and immutable nature of transactions, this becomes an ideal venue for executing agreements between two parties. A smart contract itself can execute certain scripts or code, or release tokens as proof-of-stake. This has numerous applications. For example, transactions across smart electricity grids can be authenticated and paid for through the blockchain.

Going beyond executing code, a startup called Agrello provides a platform for legally-binding smart contracts By producing and managing both a blockchain-encoded smart contract and also a legally-binding digitally-signed document, the solution ensures that whatever contractual provisions are entered into in its blockchain, these are also executed in real life through legally-enforceable agreements.

Agrello is raising 10,000 BTC (around US$26.4 million in current prices) for its initial coin offering or ICO, wherein users can acquire “shares” of the company at lower than market value. Currently, the company has raised 5,12 BTC (around US$ 15.4 million) and is on its way to target.

The company is not alone in raising funds through this route. ICOs have become a viable means to raise capital, outside of the usual venture capital, venture debt, or other financing models. For example, ICONOMI raised around US$10 million in 2016 through an ICO. The digital assets management platform provides a way for investors and owners of digital assets arrays – all managed through blockchain tech.

So far ICONOMI seems like the most stable digital assets management company who conducted an ICO. Their product is already working, they provide their investors with quarterly reports and are running monthly Q&A’s on Reddit.” Says Yuval Gov from CryptoPotato.

Perhaps the biggest ICO thus far is that of Tezos, which had a record-breaking token sale of US$232 million. The platform is itself an evolution of the blockchain, as it is a “self-amending cryptographic ledger”, wherein its “meta-consensus capability” has the ability to upgrade itself. It is, in other words, a self-governing blockchain.

Of course, given the fluctuating value of cryptocurrencies like Bitcoin, actual fiat-currency values of ICOs will vary, but it is currently a way to circumvent the tightly-regulated means of raising funds like with an IPO.

Speaking of public markets, raising funds and exchanging ownership through the blockchain can potentially change the way both private and public companies trade their shares and commodities on the equities market or secondary markets. In fact, the Australia Stock Exchange, or ASX, is already on its first stage of developing a blockchain-based solution to run its exchange, in partnership with Digital Asset Holdings.

There are numerous applications for blockchain technology, and it’s not just about cryptocurrencies, payments, and coin “mining” (the process of building value by computational discovery of cryptographic hashes). In future, virtually all transactions will be decentralized and supported by blockchain tech. It’s a matter of building the infrastructure and deploying the platforms that can support such a wide application.

In short, blockchain tech is bringing us users toward a community-driven model of transactions. Everything is turning toward a peer-to-peer model, with each user having a part to play in the bigger scheme of things. Thus, while banks and governments have been our main form of authority for moving money and making transactions for centuries, this new innovation can potentially bring back control (though passively) to us, the users.

Read next: SoundCloud needs more than just money to survive