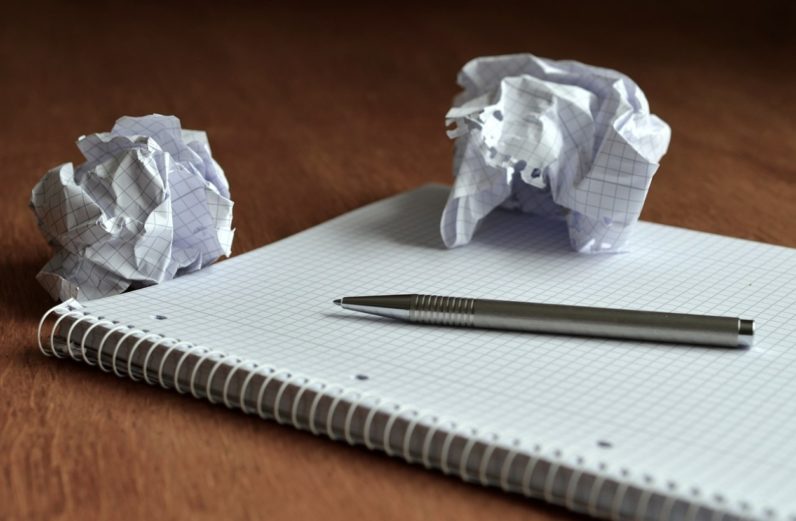 We humans have fear of failure baked into our DNA. If our ancestors stuck around a little longer to gather a couple extra nuts, they might risk being the last one remaining in the group and the first one to get eaten by a nearby predator.

The danger of being eaten (hopefully!) remains in the distant past, but a vestigial fear of taking risks remains. Whether in your career or personal life, fear-based decision making leads to a life below one’s true potential. Risk is defined in finance as volatility — meaning it has upside as well as downside. What you have to gain might be much better than what you have to lose.

In 2010, a business partner and I decided to start a business as a distributor of digital memory devices. Retail and sales relationships we’d established ended up making it a significant opportunity for us, and we were eager to create something.

After months of hustling day and night establishing a brand and working ourselves into the supply chain, we got our first really big purchase order. We spent several more weeks on fulfillment, again working day and night. We finally shipped.

Two days later, we got an email from our head quality control person — one of the toughest emails I’ve ever received.  He informed us that the digital storage devices we had just shipped weren’t what our customer ordered. A dishonest supplier found a way to work around our QA process and rendered our shipment worthless.

We had no choice but to recall.  As you can imagine, there was a whole lot of mess to clean up, financially, legally, with our suppliers, with our customers. Because of the magnitude of that shipment, that business failed completely. I felt like a complete failure.

Is it really worth it?

In the months that followed, there was also a lot of introspection. It had finally hit that failing isn’t just an abstract possibility — it can really happen, and it is painful. Running a successful company was a lot of work with no guarantees of success. I wondered, and with good reason, if I was I really cut out to run my own business. Did I really want to open myself up to failing that hard again?

In the end, I decided that I wasn’t going to let this first failure define me. I was only a “loser” if I didn’t get up and try again. I gave myself permission to fail again — as long as I didn’t repeat the same mistakes and learned everything I could from what went right.

Ugh. If someone is getting excited about failing, they’ve probably never done it.  It absolutely sucks. And I hope I never do it again.

But that doesn’t mean you don’t get anything out of it — on the contrary, failing hard a time or two can end up being one step back and two steps forward.

First, you learn a lot. When you fail, the things you did wrong, the ways you didn’t protect yourself, the things you simply missed, are ingrained in your psyche forever. Some lessons — those you learn in school, for instance — can be easy to forget unless they’re easily related to your experience. When you live a failure, that’s not true. You will keep those lessons with you, no matter where you go.

Second, when you fail, it can re-center you on things that are core to you and that you’re good at. After that business bit the dust, I re-focused on another business I had started selling iPhone accessories. That business grew and we sold it to a large, public competitor of ours. I also doubled down on my own technical skill-set, learning to program and starting a design and development agency that grew fast and was really profitable for me.

And finally, your failures will become a part of your story — often in positive ways. For me, that particular story even made it into my Harvard Business School application, where I eventually went to earn my MBA. Harvard, in turn, led to opportunities working with some of the world’s best companies, and illustrated an opportunity cost that made it much easier for me to raise money for my fintech startup. I built the first version on my own, and continue to program daily — thanks to the skills I acquired post-failure.

I don’t love failure, and I do everything I can to avoid it.  But given that it happens, I’ve learned to accept it, and profit from it. Without getting a close-up view of failure, I’m not sure I would have gotten so far, so fast.