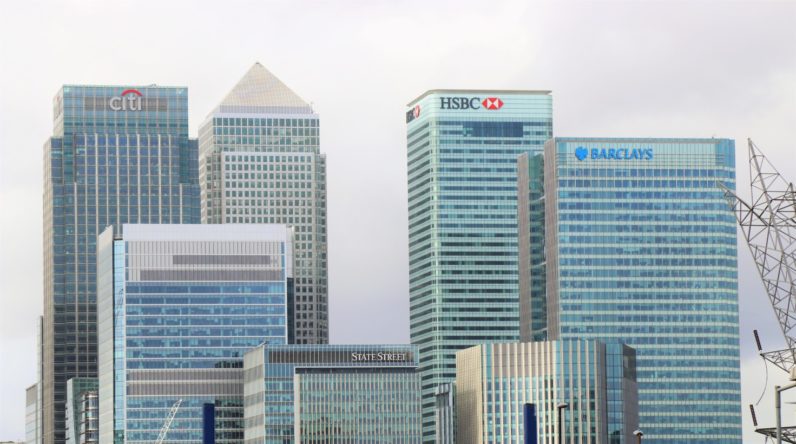 I’m delighted to be speaking at TNW on May 19 in Amsterdam.  I wanted to talk about Digital Human, the theme of my next book, but the guys want me to talk about banking and finance and money, as that’s why they asked me. So I’m going to unveil my first meander around The Semantic Bank.

I first started talking about the Semantic Web a good ten years ago, and probably misinterpreted it from the Tim Berners-Lee version. His version is that the Semantic Web would be a web of data that can be processed by machines.

“I have a dream for the Web [in which computers] become capable of analysing all the data on the Web – the content, links, and transactions between people and computers. A ‘Semantic Web’, which makes this possible, has yet to emerge, but when it does, the day-to-day mechanisms of trade, bureaucracy and our daily lives will be handled by machines talking to machines. The ‘intelligent agents‘ people have touted for ages will finally materialize.”

Because I’m not as technical as Sir Tim and his friends, I just understood it as an intelligent internet that starts to index itself such that all the things on the Web could talk to each other. By doing so, they would then congregate around things and make them work better.

In my version of the Semantic Web, the internet would manage all my devices for me and my devices would know what I want before I do. This would mean my television would order my entertainment without me having to ask; my fridge would know what to order before items run out; and my car would refuel without being told to. In this version of the Semantic Web, the machines are not only behaving intelligently because they have artificial intelligence and machine learning inside, but they are communicating their intelligence to other machines and sharing their learning so the whole web learns.

I truly believe we are getting near to this vision and self-driving cars are a great example. In a BBC report from two years ago, the mad scientist and former Google engineer Mike Hearn talked about his vision of self-driving cars owning themselves and running their own insurance and savings schemes.

“The funny thing about a car that owns itself is that we can encode whatever rules we like into its software. We can program it to make a little bit of profit, so it’s got some money for a rainy day, but not excessive amounts. We can make it the most moral, socially minded capitalist possible …”

Mr Hearn then suggests something a bit odd: the cars could club together with any surplus earnings they had to pay factories to build more of them.

“After it rolls off the production line… the new car would compete in effect with the existing cars, but would begin by giving a proportion of its profits to its parents. You can imagine it being a birth loan, and eventually it would pay off its debts and become a fully-fledged autonomous vehicle of its own.”

It may sound crazy, but this would be the ultimate move towards a Semantic Uber, and Uber seem to be well on the way to following Mr. Hearn’s vision.

So what happens when we apply this to banking? Well, I’m not going to give away all of my punch now – come to TNW Conference on May 19 to find out – but I will tease you a little bit with where I see this heading.

Banks are really data stores. The data they store is deposited and withdrawn as money, recognized and regulated by the nation state. We have alternatives now, such as bitcoin, where you can deposit and withdraw money as data, recognized by the consensus state of the network.

Both systems are based upon data at the core of transactions and both systems recognize that decentralization will create more security, as there is no single point of failure.

The issue with the banks systems however, is that they were developed in multiple proprietary servers that do not lend themselves to AI and machine learning. How can a machine learn anything about me if my data is stored in multiple systems, based upon whether I was using a banks’ deposit services, loans, mortgages, cards or savings? That is the challenge today for the analogue bank: it has everything in a patchwork quilt of legacy systems.

However, the Semantic Bank will cleanse that data and apply the power of AI and analytics to really understand my historical financial movements and, by the same token, predict my future financial needs. Humans are not doing this – machines are – and the future Semantic Bank will use its open sourced structures of apps, APIs and analytics to mine the Semantic Web and the deep intelligence it can gain from integrating its knowledge of me married to my devices and movements.

The Semantic Bank effectively becomes a living, breathing companion to my cyborg mind. It understands me so well that it knows when I’m being stupid, taking risks, missing investment opportunities and when to save.  It doesn’t ask my permission to do these things – it does them for me, as that’s the whole point – and I just live my life knowing that my Semantic Bank is looking after me.

That is why you never see anyone in Star Trek think about their money, because their money is being managed for them by the system. That’s the near future state of finance we are entering.

Want to know more? Come and hear me at lunchtime on May 19 at TNW, Amsterdam.

Read next: Uber Employees created an #Undelete mural, because of course they did