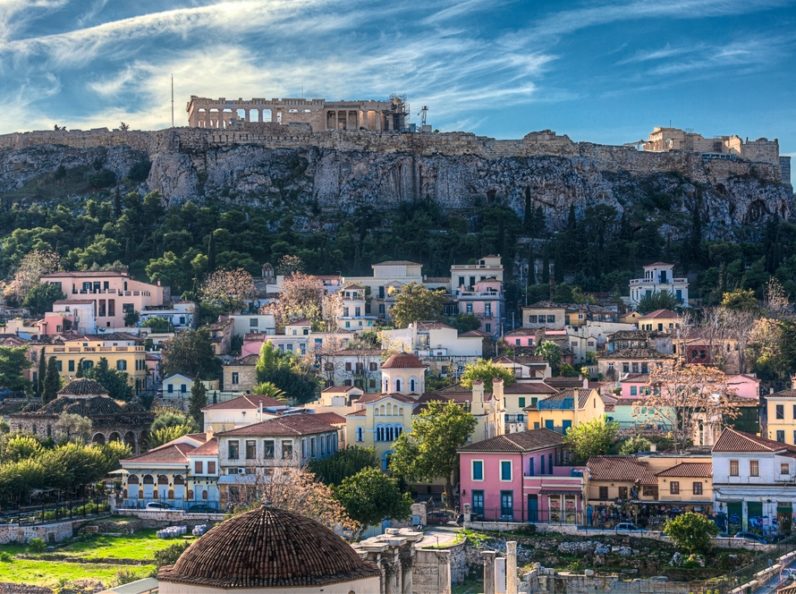 Having spent time in the tech hubs of New York, San Francisco, and Tel Aviv, Greece was not on the top of my of tech hub bucket list. That said, when I decided to visit Greece  earlier this month, I discovered a burgeoning tech scene in a country famous for its culture and cuisine.

It’s been easy to overlook Greece’s tech scene since the country’s recent economic woes eclipsed most of the other news. The debt crisis sent most businesses reeling, and, despite declared over in 2015, its negative effects still linger today. The rest of Europe still keeps a close eye on the government’s management of the economy and unemployment still is at 23.6 percent in Q4 of 2016.

But despite this grim outlook, I was pleasantly greeted by an energetic tech scene composed of ventures that aim to bring some luster back into Greek entrepreneurship. Greece has at least a couple of major tech success stories that they can be proud of.

Recruitment solutions provider Workable has over 6,000 companies using their service and has raise more than $34 million in capital though Workable has since moved its offices to Boston. BugSense, a crash reporter for mobile devices, was acquired by analytics firm Splunk for an undisclosed eight figure number in 2013. Taxibeat, a ride-hailing app, also sold just this year to automotive company Daimler for an undisclosed amount.

Athens also has a growing number of venture funds seeking to jumpstart more startups. Venture funds such as VentureFriends, Openfund, and Charamida have already provided millions to startups which include companies focusing on diverse verticals such as marketing, health, ecommerce, and cloud computing platforms. A new fund, Marathon VC, founded by a group of Greek entrepreneurs that returned to Athens after years in Silicon Valley, is also looking into providing seed-stage funding to tech entrepreneurs.

As for the tech ventures themselves, several companies are now making some headway towards bigger valuations and global reach. Here are 12 Greek-founded companies that might be headed for that big payday.

Persado is cognitive content platform which essentially is AI-driven marketing. It combines natural language processing and machine learning to send out effective and persuasive messages such us uplifting and motivational call-to-action statements for any audience.

Resin.io empowers Linux developers to update Internet of Things (IoT) devices easily. The platform includes a Git server that receives code updates from the developer. The code is then built into a Docker container ready for distribution to IoT devices.

Resin.io has raised $11 million since its founding. Founded and led by a Greek entrepreneur, the company started out in London and is now based in Seattle with staff scattered all over the globe including Athens.

Transifex offers localization services for content producers and publisher across various formats. Transifex can translate user interfaces and content to help companies reach wider markets and audiences for their products and services.

The company also helps automate localization processes and integrates with popular management systems like WordPress, ZenDesk, Github, and Shopify. Transifex has put up $6.5 million in funding with a significant seed of $4 million from 2015.

Pollfish is a unique survey platform that helps companies gain more insight about their markets by surveying people who aren’t current clients. Users can create surveys and use the platform to find the right respondents from around the web and generate reports in a matter of hours.

Blendo offers integration-as-a-service platforms that allow businesses to extract data from different cloud services (in cases where they use different platforms across business functions) and load the data onto their own cloud server. Integration can be done quickly and without need for elaborate coding.

Quicker integration means organizations can readily use the data for analytics and business intelligence. Integration is a growth market as more organizations pursue hybrid cloud infrastructure and these services become more in demand. Last year, Blendo received an undisclosed seed funding from IQbilty and VentureFriends.

ContactPigeon is a marketing automation tool for ecommerce. It provides both analytics and campaign automation to enable online businesses connect to their customers.

Depending on customer behavior, ContactPigeon can trigger targeted campaigns specific to the customer’s needs. Automated campaigns have been proven to connect to customers better compared to plain marketing campaigns.

The company is now serving global brands such as L’Oreal and The Body Shop. It has also gained funding from VentureFriends.

Saphetor is a health tech company focusing on human genome analysis and interpretation. The applications of such work include diagnoses of diseases, targeted therapies, and identifying suitable candidates for clinical trials. Ventures such as Saphetor show that the applications of tech are now going beyond ecommerce, infrastructure, and marketing and that areas such as health are also worthwhile to explore.

Saphetor is currently based in Switzerland and has raised CHF 1.2 million in seed financing.

Viral Loops is a comprehensive viral marketing platform which businesses can use for referral programs, contests, and campaigns. Campaigns can be launched using templates in order to generate referrals, invites, and shares across social media.

Flashchat (formerly wagwan) is a messaging automation platform, or in other words, a chatbot service. It’s targeted for businesses who aim to automate responses for their customers with smarter dialog.

Flashchat offers self-learning modules that can handle automated smart replies for customer support, product demos, and automated sales offers and recommendations. Among their notable customers in Greece are Coca-cola and Nestle. The endeavor received funding from VentureFriends last December.

Kinems offers educational games for special needs learners. Using Kinect technology, Kinems enables children to interact with video games using their body movement. The games are based on therapeutic protocols aimed to help children with disabilities such as autism, ADHD, dyslexia, and dyscalculia. The games can also be customized and monitored through a cloud-based management system.

Kinems has the support of Microsoft Greece and has raised more $250,000 in funding.

Socital provides social registration and plugins to help marketers authenticate and collect rich user data. The service is premised on solving how lead generation forms such as newsletter subscriptions and download forms only collect email addresses even though 30 percent of users provide fake accounts.

Instead of forms, Socital’s widgets uses existing social accounts such as Google, Facebook, and Twitter. Users can then obtain legitimate customer information which can then be used for targeted campaigns. Socital promises 68 percent more click rates.

VidPulse also has a native advertising platform which allows content producers to earn from their content. It’s currently used by more than 2,500 publishers including CNN, Huffington Post, and the NBA.

Our visit was a real eye-opener. As the list shows, there’s a growing drive for Greek entrepreneurs to leverage their tech expertise to have an impact in the global stage.

The influx of venture capital has been most helpful for these startups to gain traction. However, among the challenges is to keep these business within Greece’s shores.

While the economic climate may put undue pressure to a growing tech scene, the emergence of these companies as innovators would only help more consumers to consider Greek companies for their business.

Read next: Teenager arrested in Chicago sexual assault case that was streamed on Facebook Live