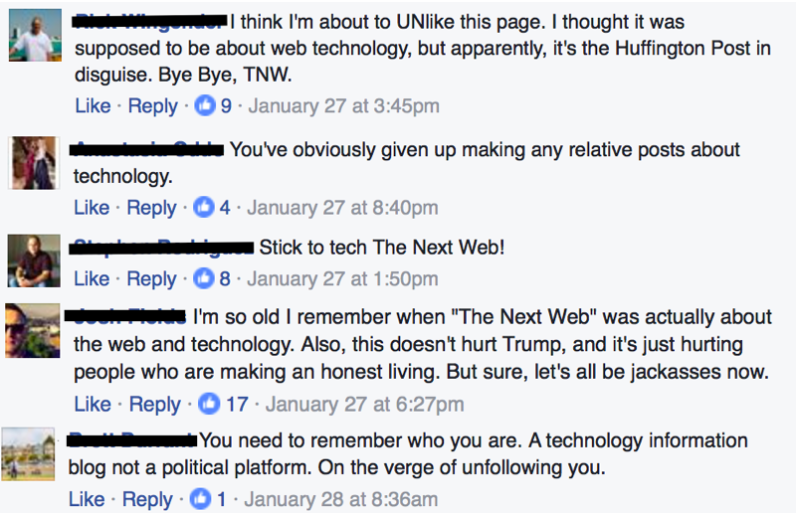 Humans and technology have become so intertwined that it’s impossible to define a hard boundary between them – or any boundary at all. I mean this both in a figurative sense, in the case of your smartphone content being a part of your identity, and in a literal sense, in the case of pacemakers and hearing aids.

And as what’s tech and what’s human becomes increasingly indiscernible, so does reporting about tech and humans. But where does one draw a line? It’s complicated.

One of the comments we’ve been getting a lot lately is something along the line of ‘That’s not a tech story.’

But what is tech, hmmm?

Tech could mean a new way of interacting with your lighting at home or Samsung’s new flagship phone, but also how it enables the rise of new forms of expression, politics or communication.

Tech is a phenomenon equally formed by the beautiful and ugly parts of us. It’s a force that’s always in flux, constantly pushing its boundaries into our lives – not always for the better, but at the very least for the newer.

That makes it a difficult topic in deciding what to cover – but also an endlessly interesting topic, because its tendrils stretch out into so many corners of our being.

In my first month as editor-in-chief, I’ve been thinking about this a lot.

It’s possible to find a tech angle for almost any story, but when does a story stop being tech and start being politics, to name a current example?

Is half an onion competing with Donald Trump for Twitter followers a tech story? I would argue yes, because Twitter is a company that developed a technology that introduced followers as a metric of popularity. The technology created an environment that exists only online, a real internet culture, that is spilling over into the real world. But others beg to differ: Why strain ourselves to find a tech angle to make fun of a sitting president if we could be writing about new phones?

Fair point, I’d say. But I’d also like to say that’s only fair if you see tech as a dry collection of facts – be that new PC specs or funding rounds or revenue reports – instead of seeing it as a source of stories that we can marvel at in their diversity.

Just think about all the marvelous happenstance that went into making that post possible: The internet being conceived and its subsequent spread. Twitter being conceived and its subsequent transformation into a cultural phenomenon. The mechanics of Twitter used by Trump to gain influence. The subsequent subversion of those mechanisms to make fun of that influence. The fact that you understand what it means (or doesn’t mean) if an onion can match a president in a virtual but real-world metric.

It’s amazing if you take a moment to really think about it – and illustrative of my somewhat overwrought definition of tech. Without tech this wouldn’t have happened, but more importantly, without humans it would definitely have never happened. Tech is human, but human trumps tech – pun not totally intended. That’s what we’ll keep focussing on.

Take our Cyberspace Culture page, where we post the weird things that emerge when humans use technology. Or our coverage of new devices and how these could change the way you do or see things in the future.

As a publication that writes about how tech is pushing boundaries into our lives, we’ll also be pushing the boundaries of what is considered tech. Why? Because it’s exciting, fun, and important to see where it’s going and how we feel about that.