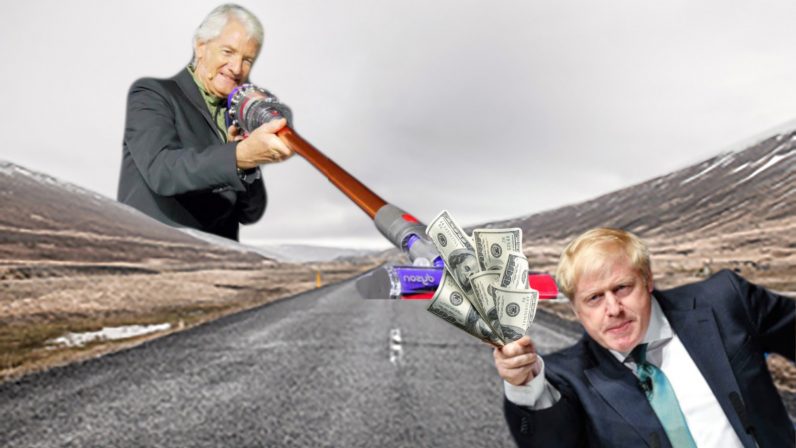 It must suck to be Dyson at the moment.

The UK government has recouped nearly all of its £8 million grant it gave to the British vacuum cleaner manufacturer to develop an electric vehicle, the Telegraph reports.

Dyson was given the money back in 2016 as part of government plan to stimulate the economy and create jobs. In part, the money was going to help Dyson‘s development and expansion into the electric car market. The vacuum maker reportedly put $2.5 billion into developing its electric vehicle.

[Read: The Dyson V11… or how I learned to stop worrying and love vacuuming]

However, late last year, the bag-less — pun intended — vacuum cleaner maker announced that it had scrapped its electric car project despite claiming to have developed a “fantastic electric car.” Dyson said the car would not make it on to the road as it was not commercially viable.

But that wasn’t quite the end for the EV project. Dyson said it would continue to develop battery technology. Following recent talks with the UK’s Department for Business though, it said it decided to repay the grant back, in full.

Had the car made it into production, it would have been on the road by 2021, according to original plans.

The company’s EV division employed some 500 people, mostly engineers, that are now being offered other roles in the company or being allowed to go their own way.

“For those who cannot, or do not wish to find alternative roles, we will support them fairly and with the respect deserved,” Dyson said in a statement.

More solid details of Dyson‘s vehicle first came to light around a year ago, when company patents were published.

The designs showed a 7-seat crossover styled vehicle, with larger than usual wheels to improve ground clearance and ride quality.

Indeed, paying back the £8 million grant must suck, but that’s not a scratch on the billions already poured into developing the car that will never be.

Read next: The Eve Spectrum is a high-res, stylish gaming monitor at a great price