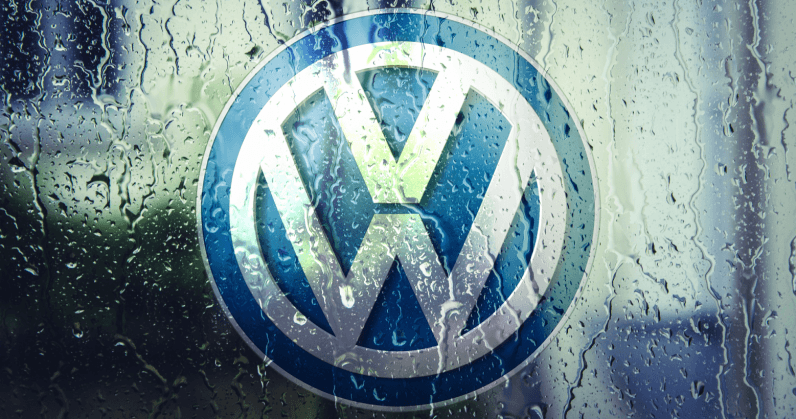 Facing ominous skies, Volkswagen was prepared. It wasn’t sweating the forecast, which included calls for rain and, perhaps, hail. Instead, it used the impending tempest as an excuse to break out its “weather cannons.”

The cannons are supposed to protect against loss. But farmers near Volkswagen‘s Puebla, Mexico production plant, believe they’re actually causing it.

The weather cannons are “affecting the Earth‘s cycles,” Gerardo Perez, one of the affected farmers, told Agence France-Presse (AFP).

Rooted in the in-between area of legitimate science and something else entirely, the devices rely on a mixture of acetylene and oxygen ignited in the lower chamber. The resulting blast shoots a shockwave into the atmosphere, which, some believe, disrupts the formation of ice.

For Volkswagen, it’s the perfect weapon against Mother Nature — unless you count its other perfect weapon against Mother Nature, lying on emissions tests. With just a handful of weather cannons, the company can protect an entire fleet of cars from the damage brought on by seasonal storms. Unfortunately, there’s zero consensus among the scientific community that the devices actually work.

A 2006 review by Jon Wieringa and Iwan Holleman for a German scientific journal concluded that “use of cannons or explosive rockets is a waste of money and effort.”

Still, the devices have their supporters. But their effectiveness, among those who believe they’re effective, could just as easily be explained by the volatile nature of weather. Charles Knight, cloud physicist at the National Center for Atmospheric Research writes:

I don’t find anyone in the scientific community who would validate hail cannons, but there are believers in all sorts of things. It would be very hard to prove they don’t work, weather being as unpredictable as it is.

But for all the doubt cast by the scientific community, Volkswagen and Nissan, among others, swore by the devices, much to the detriment of local communities. And while we can’t be certain they stop the formation of hail, Mexican farmers are convinced that the devices are leading to drought.

“The company can take other measures to protects its cars, but people here can’t live off anything but their land,” Rafael Ramirez, a top Mexican environmental official told AFP.

Volkswagen, for its part, has recently stopped using the devices. The company told The Washington Post:

Volkswagen Mexico is committed to maintaining good relationships and open dialogue with our neighboring communities. After meeting with local authorities about how to protect vehicles from hailstorms at our Puebla, Mexico, factory, we will suspend the automatic operation of anti-hail sonic devices near our vehicle storage yards and will only operate them in manual mode when weather conditions determine hail is imminent.

It is unacceptable that they continue using this device, even in manual mode. They are not respecting their neighbors’ request to definitively stop using hail cannons. They are acting arbitrarily … Volkswagen claims to be an environmentally friendly company, but they’re not showing it.

The farmers are demanding nearly $4 million in compensation for the lost crops.

Read next: Both Yahoo and AOL are scanning customer emails to attract advertisers