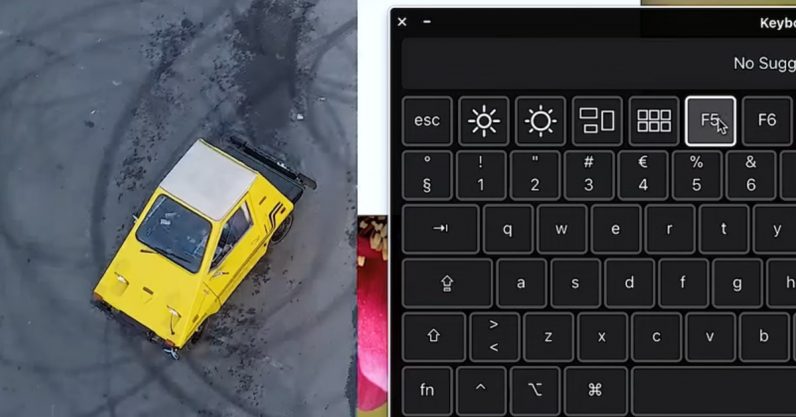 A YouTuber turned a small car into a massive mouse, and now we want to use it to play all the games.

The car is “Cheese Louise,” a canary-yellow Comuta-Car —  an electric car from the 80s which looks like a sentient, upside-down garbage skip. Louise is owned by Simone Giertz, who you might remember as the person who built — and subsequently got tangled up in — a rubber-handed alarm clock of death.

The person doing the mousifying is William Osman, who used an old optical mouse as the template. Using a new lens (to keep the mouse functioning while several inches off the ground), an Arduino Pro and a few other components, they were able to get the mouse to work while strapped to Louise’s bumper. To “click,” they had to honk the horn.

Thanks to an incredibly spacious parking lot — which technically now counts as the world’s largest mousepad — the two managed to make a crude triangle in the same shade of yellow as their car.

Sadly, they don’t use Louise to get a win in Fortnite (not that we see, anyway) — what’s the point of having such a large mouse if you can’t use it in a productive manner? Next week they’ll apparently turn poor Louise into a spaceship.

Read next: Facebook Messenger now lets you add friends during calls without stopping the party