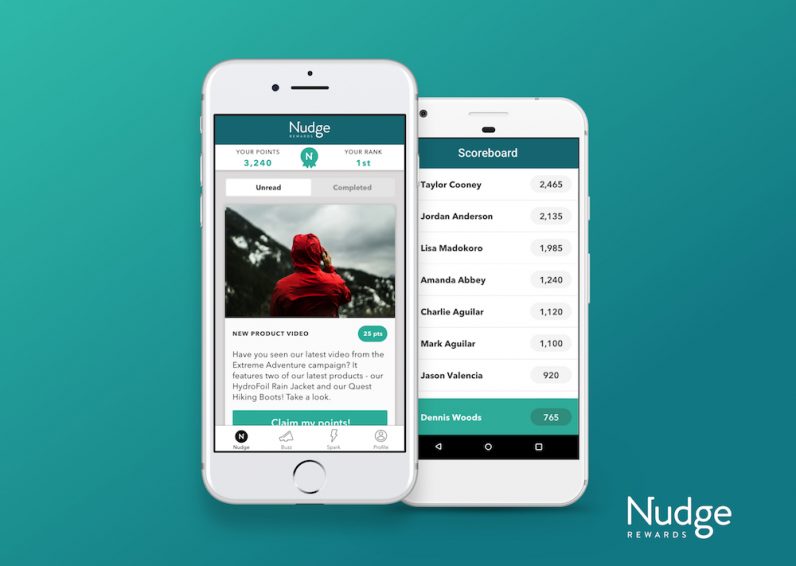 Lindsey Goodchild is the CEO and founder of Canadian startup Nudge Rewards. Unlike many of the founders TNW have spoken to during this series, Goodchild hasn’t got a technical background. But that hasn’t stopped her from launching a tech company that boasts clients like Samsung and Rodgers, and has raised nearly $7 million from investors since 2012.

“I started my career in consulting, working with large hospitality brands covering everything from ski resorts to hotels,” she told me. “When we built plans for our clients, we became acutely aware that there were challenges around implementation and bringing ideas to life. The issue was that we didn’t have a great way to engage the most vital group of employees – those working on the frontline in hotels and resorts.”

She recognized that there’s a population of workers who deal directly with customers that often feel disconnected from management. These cashiers, servers, and frontline service workers do their jobs often without any feedback or recognition of their hard effort.

“The majority of the world’s employees work on the frontline, interact with customers on a day-to-day basis, and yet do not have access to corporate email accounts or computers to get vital information. It became a problem that I couldn’t stop thinking about, and eventually, I started Nudge Rewards to address this communication gap head-on,” she explained.

So, what’s Nudge Rewards? It’s essentially a two-way communication system between upper-management and floor-level staffers, which exists in the form of an app installed on the employee’s personal cell phone.

“While we know that frontline workers typically don’t have corporate email addresses, the majority do carry a cell phone with them,” Goodchild said.

It also lets them reward their employees in visible ways, other than their salary. Employers can create challenges and goals for staffers to accomplish. Doing this earns points, and allows the staffers to rise through a leaderboard. This essentially is essentially a day-to-day, data-driven feedback system.

Crucially, it allows management to identify the employees who are the most driven, and the most engaged.

The idea for the service came about when Goodchild was working with a tourism client in the midst of a re-branding exercise.

“We worked with the brand and the local community to come up with a new identity that everyone was really excited about. Once it came to implementation, Marketing did a really great job communicating with consumers, but I started to see a large gap, where consumers were more knowledgeable about the brand than employees were,” she explained

“This was really an ‘a-ha’ moment for me – I realized that there was a fundamental problem in how brands cascade information throughout the organization. I saw mobile as the best method for solving this problem, as it would allow brands to directly reach managers and associates working on the frontline.”

Nudge Rewards has been going from strength-to-strength. It now employs 25 people, works with some of the largest companies in the world, and is rapidly growing. Goodchild accomplished this despite the odds not exactly being in her favor.

Just five percent of Canadian tech companies are founded by women, and only two percent of venture capital goes to women-led firms. But these pale compared to the broader challenges of launching a company, which are universal, and not intrinsically linked to her gender.

“There are many hardships that I have faced as a founder that I think hold true for both men and women,” she said. “When building a company, there’s always a new obstacle, barrier, or reason why something won’t work. Perseverance is so important – you have to push forward, motivate others around you, and ultimately, be able to prove why that something will work.”

She also notes that for female entrepreneurs, things are getting better. “There’s a lot of support for women in tech and entrepreneurs right now,” she said.

“I’m fortunate to have support from our team, organizations like MaRS, as well as investors such as BDC Capital and Brightspark – two of the rare VC funds that happen to have females at the helm. In Toronto specifically, there’s a strong community of tech leaders and support for great initiatives like #MoveTheDial, which is focused on giving women in tech a voice and seat at the table.”

Read next: Nine top ways to get a project done right, and get certified in each one