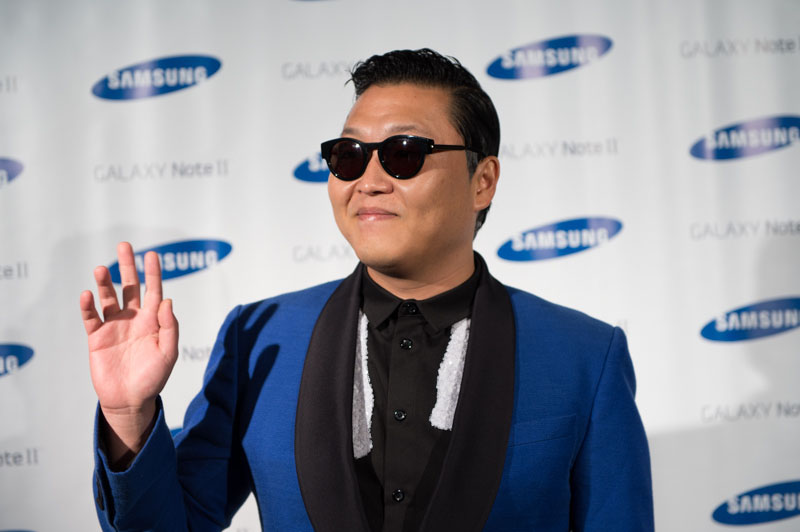 Samsung brought in a special musical guest to kick off the arrival of its Galaxy Note II phablet in Canada. Yes, you guessed it, Korean pop sensation PSY went all “Gangnam Style” on the crowd.

Lately, it seems like just about every other day that PSY is called upon to launch a product. I can only imagine the frequent flyer miles he’s racking up.

But Samsung isn’t just trying to ride on the coattails of PSY’s viral fame. The company said in a press release that the reason it chose PSY for the launch is because he, like the Galaxy Note II, is “professional by day, fun by night”.

Maybe it’s just me, but that sounds like a new tagline for bringing mullets back.

I’m having a hard time finding a YouTube video of his performance that won’t make your ears bleed from distortion, but there is this interesting clip of PSY talking about the song:

“Whether you’re Korean, whether you’re Canadian, it doesn’t matter where you’re from because for this song in other countries, no one never gets any idea from the lyrics, but they seem so happy with the song, so what I thought was maybe they have their own lyrics while they’re singing, so you gonna have your own lyrics, except Korean.”

You can also head here and here to watch other poor audio versions of the performance.

For more info on the Galaxy Note II, check out our review of the device.

Read next: Kickstarter launches in the UK with hundreds of new projects ready for funding