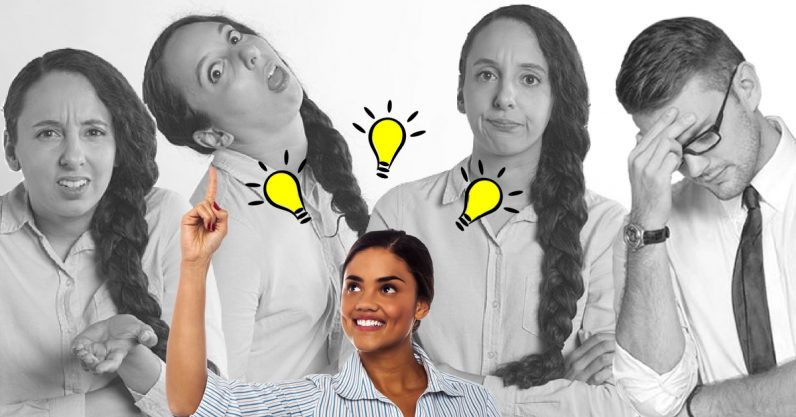 Scandinavia is annoyingly perfect from the outside. They’re the happiest people on earth, they have universal healthcare, free education and paid parental leave. And now they have one of the most successful startup ecosystems in the world.

Things are certainly good up north. But every paradise has its snake. The weird thing about this success is that Scandinavian people, in fact, hate success – this is called the Jantelaw.

The social code that hates success

The Jantelaw was first described in the 1933 novel, A Fugitive Crosses its Tracks, by Danish author Aksel Sandemose. The Jantelaw was described as a sort of Scandinavian social code in ten points, a bit like the ten commandments of the Bible. The points are very similar and they basically all say the same: “Don’t stand out and don’t think you’re any better or different from the rest.”

I’m from Scandinavia myself and I’ve always known about the Jantelaw and the fact that it’s something fundamentally negative. But it seems that our weird tendency to drag each other down might actually be one of the reasons the Scandinavian startup ecosystem is flourishing right now. I got in touch with three Scandinavian startups who all have become successful in spite, or because of the Jantelaw.

Make sure you have your shit together

Heikki Väänänen is the CEO and founder of the Finnish company, HappyOrNot. You have probably seen their distinguished smiley-faces at airports, as their product is present at over 200 airports around the world, where they are analyzing customer satisfaction in real-time.

Väänänen thinks that the Jantelaw can, in fact, be beneficial for launching a startup. Since the Scandinavian social code stresses that you shouldn’t think you’re better than anybody, it kind of forces you to work harder and prove it wrong. As an entrepreneur, you need to be even more mindful of your product and to make sure that your idea is properly thought through before you execute it. Because if not, the reward is eternal social scorn.

After all, it’s easier to ignore people who dislike your success, if you are actually successful. Having tried becoming successful and failed at it might be the hardest blow in a country ruled by the Jantelaw.

Sofia Wingren is the CEO of the Swedish teaching and consultancy company, Hyper Island, that focuses on teaching companies how to become digitally fluent. Wingren, unlike Väänänen, is not willing to accredit the Jantelaw to any part of the success her company has achieved. Or any other company for that matter.

She, just like me, has never been used to regarding the Jantelaw as any way to achieve success. It’s the people who fight against it that turn out to be successful, Wingren says.

In Wingren’s opinion, the media has misunderstood the concept of Jante. The reason for Scandinavian success is not due to Jantelaw, but in the highly developed welfare society that the Scandinavian countries are famous for.

“We have an amazing social system backing us up, should something fail or go wrong,” she says, “this makes it less worrisome for people to quit their job to pursue an idea, because they don’t have to put their families’ health or education at stake in order to do so.”

Wingren also points out, that the fact that education is free and accessible for everyone it provides society with a much more diverse workforce. And that is also part of the Scandinavian success.

One might argue that because the Jantelaw is so much against individual success, that this might be the reason for the Scandinavian societies focusing so much on the community in terms of, for example, healthcare and education.

Wingren admits that Scandinavian companies might be different from others because of their flat work hierarchies, but that’s not the result of an arbitrary social rule. “If people think that the Jantelaw has something to do with success, they are mistaken. The Jantelaw justifies jealousy and pettiness, and is not the reason behind our egalitarian society.”

While Wingren and Väänänen might be on different standpoints in regard to the beneficial sides of the Jantelaw, Andreas Cleve Lohmann represents a view that’s placed a bit more in the middle.

He is the CEO and founder of the Danish company, Corti.AI. Corti uses AI technology for the Danish healthcare sector to understand, analyze, and diagnose acute illnesses in patients, such as cardiac arrest. According to him, the Danish startup culture could use some more of the Jantelaw.

“In Denmark, people have started to over-glorify the idea of founding a startup,” Lohmann explains, “it results in many people attempting ideas that are not necessarily very good, and once the going gets tough, most of the people stop, and only a few tough keep on going.”

Lohman, just like Wingren, also points to the Scandinavian welfare society. In his opinion, it keeps a lot of people from really investing all their energy in their startup. Because they know that if they fail, there is not so much to lose. In Lohmann’s opinion, the idea of the entrepreneur needs to be de-glorified and instead it needs to be seen as something serious that, if you do it, you do it right, instead of as some side-project.

For better or worse, the Jantelaw is ever-present

None of these three companies agree on how the Jantelaw is affecting business in the Scandinavia. It works in mysterious ways. However, although they all had different standpoints in regard to Jantelaw, they all had this in common: That no matter if they fight against or embrace the Jantelaw, none of them are entirely free of it either. It’s always there.

The Jantelaw is a very nuanced concept and cannot be boiled down to have one good or bad effect on startup cultures.

The thing that all Scandinavian countries have in common – besides good welfare systems and a seemingly jealous and unsupportive social code – is the fact that they’re small. Sweden, being the biggest of them, only has a population of just below 10 million.

So, if you want to start up a company in one of these countries, you know from the very beginning that you have to think beyond your home market – and that you’ll eventually need to ditch the Jantelaw.

Read next: Coinbase has no immediate plans to add Litecoin Cash (LCC)