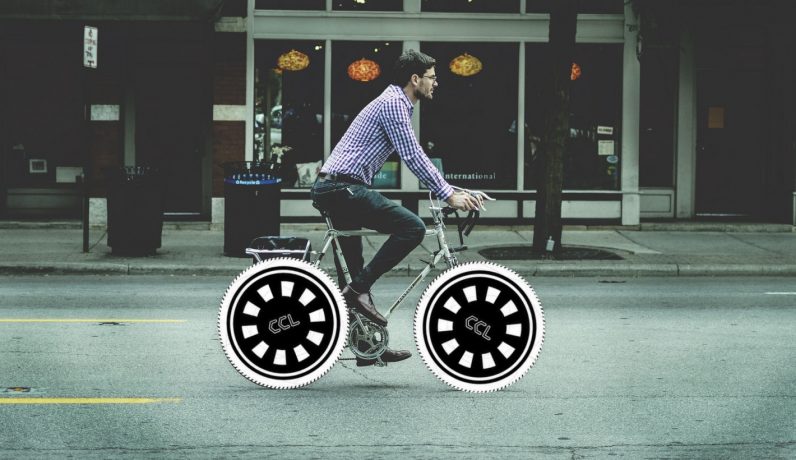 Have you ever considered getting paid for riding a bike to work? Well, there’s a company that is willing to do so as a reward for helping keep the planet clean and green.

Global warming, pollution, and climate change are no secrets. The 1.2 billion cars that we’re driving on roads across the world are constantly generating greenhouse gases, slowly pushing our green planet toward its natural death. That number is projected to rise to 1.8 billion by 2035. A slate of high-profile meetings, global conferences and other initiatives haven’t been able to reverse the process and encourage the mass adoption of green transportation mediums such as electric bikes and cars.

Electric vehicles might be the future, but what’s evident is that the transfer from internal combustion engines (ICE) to electric motors is not easy, and unless there’s a strong incentive, it’s hard to imagine how people would abandon their fume-spouting cars for greener technology.

CyClean, a South Korea-based startup, believes it can help smooth out the transition process with cryptocurrencies and an ecosystem of equipment that encourages and rewards healthy living, exercise, and clean transformation mediums.

The basic idea behind CyClean model is to measure and reward every user for the physical exercise they perform and the amount of toxic gas emission they prevent. CyClean provides a range of gear, including fitness trackers, indoor bikes, outdoor electric bikes, scooters, and electric vehicles.

These products include equipment that measures and records their usage and broadcasts it over a wireless network. It then uses those metrics to reward the owner of the device with CyClean tokens for helping keep the plant healthy and clean.

Owners of CyClean electric bikes, bicycles and vehicles receive tokens for every mile their vehicles drive — their reward for avoiding polluting the planet in their commute.

CyClean’s products also include a solar panel, which rewards its owners with tokens for the clean energy they produce.

CyClean hopes the incentives and rewards that fuel its ecosystem will gradually tilt users toward using clean energy sources. By adding more devices and functionalities, CyClean hopes to create an entire shared economy of green energy, where every user owns a piece of the puzzle and everybody contributes to making the planet cleaner.

This is a model that can scale to different levels, ranging from small communities to local governments that want to become engaged in green energies.

One of the problems associated with blockchain and cryptocurrencies is the massive amounts of energy they consume in mining operations – a compute-intensive process that releases new coins and distributes it among the computers that help verify transactions and maintain the integrity of the network. For instance, Bitcoin consumes more than 73TWh of electricity per year, more than the entire country of Austria. Many experts blame cryptocurrency mining as a major contributor to global warming.

To avoid turning its project into a self-defeating goal, CyClean bypasses mining altogether. CyClean tokens are pre-mined, and instead of going to energy-wasting machines, they are distributed between the people who use the company’s products to perform environment-friendly activities. This also means that earning tokens is available to everyone because it doesn’t require heavy knowledge of cryptography, CPUs, GPUs, ASICS, or large investments in mining gear.

An ICO that has a vision

Initial coin offerings (ICO), events in which companies sell crypto tokens to raise funds for their projects, have become notoriously renowned for being magnets for scams and failed projects. In the past two years, many companies launched ICOs with little more than a flashy website, an ambiguous team and a sketchy, copy-pasted whitepaper. Accordingly, participants in these ICOs had to hope against hope that they hadn’t landed in a scam and pray that the development team delivers on its promises.

In this regard, the CyClean team seems to be on solid ground. The team has previously developed JPAY, a working cryptocurrency payment system that is being used in South Korea to pay for goods and services. A team with a proven track record of delivering on its promises is an important component of a successful blockchain project.

CyClean has also been listed on HitBTC, one of the largest cryptocurrency exchanges in the world. Currently, according to CoinMarketCap, CCL is the highest trading ICO token on HitBTC, following only the established cryptocurrencies and altcoins.

Cleaning the planet of all the toxic fumes we have generated over the decades is a very involved process and will require a global effort. But as history has shown, small steps always count in achieving great goals, and to CyClean’s credit, it is a company that is making an enormous task fun and rewarding.