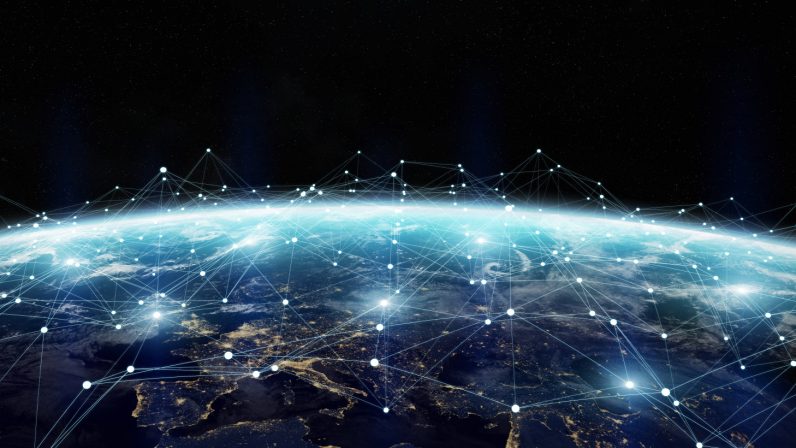 Cloud computing has quickly become one of the biggest innovations introduced by the internet. Cloud storage has allowed many businesses to streamline their operations, while it lets families share photos and videos with the people they care about. And when proper security measures are used, it can also reduce the risk of data theft.

But cloud computing isn’t without its challenges — especially when it comes to monetization. Amazon, Microsoft, IBM, and Google currently account for nearly three-quarters of cloud computing market share. That’s a lot of revenue that isn’t seeing much in the way of public distribution.

This is something that DADI (the Decentralized Architecture for a Democratic Internet) seeks to change. This global blockchain startup has already accrued nearly $30 million in funding, all in an effort to create a “new internet” where everyday households can become bigger contributors to cloud computing — and even generate some passive income in the process.

What does DADI do?

Ultimately, DADI hopes to serve as a decentralized network that will allow users to create, store and provide content — hearkening back to the principles of equal distribution that helped foster the internet’s creation.

Rather than forcing everyone to rely on data centers owned by a few large corporations, DADI’s focus is on peer-to-peer collaboration. The network would use its programming to find sources of available computational power, and then distribute cloud-based tasks based on that device’s capacity. Of course, the system also allows individuals to build dedicated nodes that are specifically designed for DADI hosting.

This unique approach would allow almost any cloud-connected device to serve as a node to support computational tasks — the DADI team is even working on utilizing everyday products like smart speakers and WiFi lightbulbs as potential nodes.

Unused capacity from any of these connected objects could be used to support the cloud.

With a widespread, decentralized cloud system, web users would no longer need to rely on the dictates of a major corporation. Rather than having cloud storage limited to a few large data centers, cloud computing would become a truly global operation.

As Product Director Paul Regan noted in a blog post, “In forgetting how easy unrestricted access to the web has made our lives, we need to remember the extent to which it is supported by open and fair practices. That means not sleepwalking into gifting irreversible control to large corporations of digital services that should at least be shared by all — or at best be a basic human right.”

With a decentralized cloud system, web users will benefit from fair pricing and more flexible rates, alongside improved performance efficiency and the security enhancements associated with blockchain technology.

Perhaps even more noteworthy, however, is how network participants could ultimately use their network capacity to generate passive income. When the unused capacity of an individual’s laptop or smartphone is used for cloud computing, the revenue generated from such activity won’t be going to line the pockets of corporate executives.

Instead, most of the revenue will go directly to the person providing their bandwidth. For families with several connected devices in the home, the potential earnings can add up quickly.

This decentralized approach to cloud computing could also make a difference for the environment. Though data centers have become more efficient in recent years, they continue to be a major producer of harmful emissions.

Because users expect the internet to always be available, such facilities are constantly consuming energy. As Duke University notes, “simply owning a Gmail account for a year emits 1200g of CO2.”

By harnessing unused capacity from the devices in individual households, DADI’s network could greatly reduce the emissions produced by these locations, reducing the environmental harm that results from our dependence on the internet.

In a time when net neutrality is under attack and when wealth inequality is on the rise in several countries, DADI’s socially-conscious goals certainly seem ambitious.

But we live in a time where we can no longer afford to merely be passive consumers of the internet. This can all too easily create a situation where fair, affordable access to the Web is dictated by the profit-minded whims of a single corporation.

By using blockchain technology to revolutionize cloud computing, everyday users will be able to take greater control over how the internet affects their life.

As this “new internet” takes hold and a fairer form of wealth distribution is implemented, more people will improve their economic situation — a future well worth investing in.