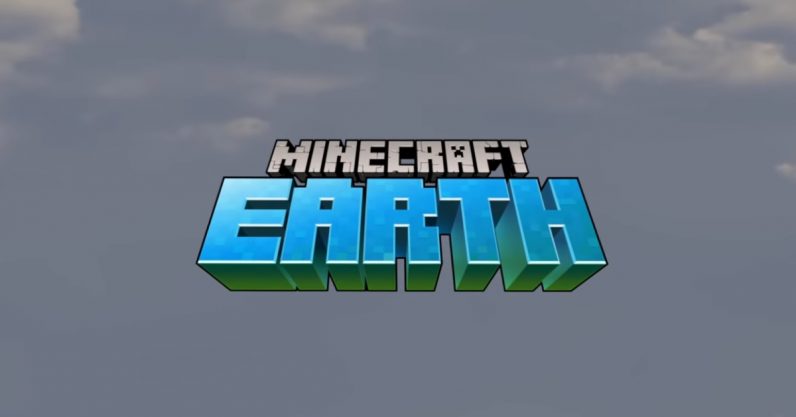 This is perhaps the most novel way of incorporating AR into a game since the original Pokemon GO, but it just makes sense, doesn’t it? Minecraft is an exaggerated version of our world, so it doesn’t look too jarring when pasted over our daily environs.

According to Microsoft, players will be able to gather resources, collaborate with other players on builds, and encounter mobs of creatures — some of which will be hostile and must be fought, which reminds me a little bit of that Walking Dead AR game from a while back. They’ll also be able to partake in challenges and place their creations “in” the world around them, and the reveal video implies your creations will be visible to other players in your area.

The only game we really have to compare it with is Pokemon GO but the two don’t actually appear to be that similar. As PokeGO is more about catching monsters, it only needs to show the world around you when you’re actually in the act of throwing a ball at them. It’s otherwise a top-down game that shows where the nearest gyms and hotspots are in real life. Minecraft Earth appears to be more about the AR aspect and placing block creations in the real world. You’ll be using the camera more, is what I’m saying.

The FAQ is scant on details about how exactly the game is going to work, but it does say that the app will have a reporting system for player safety as well as parental controls — one would hope it also comes with PokeGO‘s speed sensor, which locks you out of the game if it perceives you’re trying to use it while driving. The company also includes this informative answer:

I’m not sure when developers started using FAQs to take digs at current fads in the games industry — Turtle Rock had a similar note in its Back 4 Blood FAQ about battle royale — but I have to admit: I’m here for it.

If Microsoft can pull off AR building without making it feel tedious, I could see this being just as big a hit as PokeGO, given Minecraft‘s vast, dedicated, youthful fanbase. Like Minecraft itself, you could probably spend ages perfecting your house and improving the world around it with this game.

Also… it’s been 10 years since Minecraft came out? Wow, where has the time gone?

Minecraft Earth will be free to play when it launches. There’s no word yet on an exact release date, but a limited beta will open this summer. You can sign up here.

Read next: Hyperdimensional computing theory could lead to AI with memories and reflexes