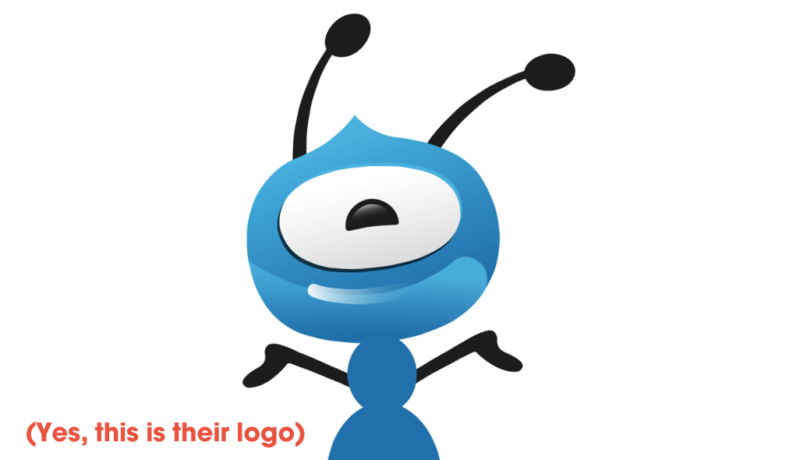 “‘Fintech takes the original financial system and improves its technology,’ said Ma during Friday’s China Conference organized by the South China Morning Post. ‘TechFin is to rebuild the system with technology. What we want to do is to solve the problem of a lack of inclusiveness.’” Thus writes the South China Morning Post on December 5 of last year, about a keynote given by Alibaba founder Jack Ma in an article called “TechFin: Jack Ma coins term to set Alipay’s goal to give emerging markets access to capital.”

On February 5, 2016, I blogged about TechFin, the incumbents’ view of applying technology to existing banking services, versus FinTech, which seeks to transform the financial system – exactly the opposite. That has become one of the top search terms to find my blog, as it turns out, mainly because my blog entries are the first to be returned when searching for techfin.

Interestingly, the third result now claims that Jack Ma coined the term first, ten months after my blog entry. What?

Whatever.  It’s semantics and we have so many arguments about terminology, I can’t be bothered.

What I will say is that Ant Financial Services, formerly known as Alipay, is getting interesting as they work on spreading wings. First they started to invest in equivalent products and services to their own in other markets of similar nature, such as India and Thailand. That is why Jack talks about inclusiveness, as that’s a great strategy with a mobile wallet.

Hence, they invested $680 million in India’s Paytm in September 2015, just before demonetization stimulated Indians to open 200 million wallets on Paytm.  In November 2016, Ant partnered with Thailand’s Ascend Money, which also runs a digital wallet service. Under the agreement, Ant Financial will assist Ascend Money to grow its online and offline payments and financial services ecosystem. It is notable that Ascend may be based in Thailand, but also operates in Indonesia, The Philippines, Vietnam, Myanmar and Cambodia.

Last month Ant announced a $3 billion debt financing deal to expand their investment portfolio and, interestingly, moved into the US markets by acquiring MoneyGram for $880 million.  This was followed by a strategic investment into Korean messaging service Kakao that offers Kakao Pay and, just last week, an increase in their stake in Paytm, such that Ant Financial is now the majority owner of the service.

Meantime, apart from heading for inclusiveness, Ant has also expanded into the USA and Europe, not just through MoneyGram. At the end of 2015, the company signed a deal with Wirecard to give them access to Europe for merchant checkout using their wallet for Chinese tourists. This was followed with a partnership with Ingenico to further enhance their European presence and then a deal with First Data to give them a similar coverage of North America.

The media positions the Wirecard, Ingenico and First Data moves as being a pure provision of service for Chinese tourists. Don’t believe it. This is a fast-moving company that is expanding non-stop in its mission to be the dominant global mobile wallet.

That is the mission and was articulated by Ant Financial CEO Eric Jing at Davos in January.

“We have an ambition to be a global company”, Jing told CNBC at the World Economic Forum in Davos.  “My vision (is) that we want to serve 2 billion people in the next 10 years by using technology, by working together with partners … to serve those underserved.”

That’s a crazy number of people.

How will they do this?  By leveraging all of the key technologies of today: cloud, data analytics and distributed ledgers.  “All these technologies will be used … to bring more, a high level of security,” Jing explained, adding that artificial intelligence and blockchain will be “deeply” integrated into Ant Financial’s operations.

And, just to wrap up, I’ve been blogging about Alipay for a while now and am hugely impressed at how they think. It is radically different to US and European fintech firms, because it is automating a market that had nothing before. When Alipay began, there was no ecommerce in China. Alibaba and Alipay created it.

That’s a radical difference from the American internet giants like Amazon and eBay, who had major brick and mortar competitors also competing online, and began without any payments integration. Equally, the US giants were serving a developed market, where consumers had sophisticated online needs; Alibaba and Alipay were serving markets that were changing dynamically as Chinese citizens moved from rural, agricultural work to the rapidly expanding cities, where manufacturing offered a rapid uplift from poverty to riches.

In creating this revolution of commerce in China, both manufacturing and online, Ant has emerged as the leader, and I’ve recently seen their European leader Rita Liu present at a few conferences.

This is important as it’s not a payments app or a mobile wallet, but a complete social, commercial and financial systems in one. Imagine Facebook, Amazon and PayPal all integrated into one app. That’s what Ant has got.

Another slide showed that they’re not just for payments either, but cover all the financial products we need.

I love the line at the bottom of this slide: it’s all about deep user understanding, not cross selling. They’re obviously familiar with how Western banks work. In fact, Rita made the comment on this slide that most of their wealth management is coming from Chinese citizens under 35 years old in areas where they are no banks, as in much of rural China.

Equally, they can scale.  For example, on China’s Singles Day last November, Alipay was processing an average 120,000 transactions per second (tps) for a total billing of $17.7 billion in the 24 hour period. At some points, they were processing 175,000 tps.

Visa averages 1,750 tps and scales to 24,000 tps; Alipay beats that. So when you think of this company most Americans have never heard of, watch out for, in the next few years, they’re going to be everywhere.

Read next: Facebook group spreading nude pics of female soldiers is under investigation