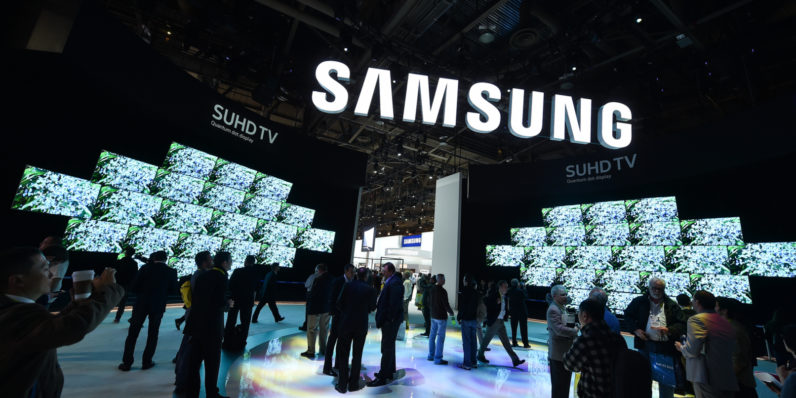 Update: On Wednesday, January 18, A court in South Korea dismissed prosecutors’ request to arrest Samsung Group’s Jay Y. Lee after he was accused of bribery, perjury and embezzlement to secure favors from the government. Lee will be allowed to continue as the conglomerate’s de facto head while the investigation continues.

As if Samsung already didn’t have enough to worry about following its Galaxy Note 7 debacle, the company’s future is now threatened by a probe into its leader’s alleged illegal dealings with the South Korean government.

Bloomberg reports that Samsung Group’s de facto head, Lee Jae-yong (aka Jay Y Lee) is being accused by a team of prosecutors in South Korea of paying Choi Soon-sil, a close confidant of the country’s President Park Geun-hye in exchange for the government’s support in his succession in the company, and they’re now seeking his arrest.

Lee has been under the scanner since last month, when the prosecution group formed to investigate whether a number of companies and conglomerates – including Samsung – were involved in bribing Choi Soon-sil to secure political favors. He is believed to have oiled the wheels with more than $36 million in payments to Choi Soon-sil.

A bit of background about the cast of characters: Choi Soon-sil is the daughter of a Korean cult leader and was close to the country’s former president – so much so that she was involved in making decisions pertaining to governmental organizations and policies.

The discovery of her involvement in these matters and her influence over the country’s leader soon saw President Park Geun-hye impeached. In November, she was accused of colluding with Park to coerce local firms to “donate” tens of millions of dollars to non-profit organizations, which she then accessed for her own benefit.

Jay Y Lee is the son of Lee Kun-hee, Chairman of Samsung Group and the head of South Korea’s richest family. He is set to take over from his father, who’s been in hospital since he suffered a heart attack in 2014.

While the court is yet to approve the warrant for Lee’s arrest (a hearing is scheduled for Wednesday), it could spell disaster for Samsung: Following the Note 7 recall, the company’s reputation has already been tarnished and millions of dollars in profit have been lost. Its shares have dropped further since news of Lee’s hearing was announced.

A prosecution spokesperson said last week that after being interrogated for 22 hours without a break, Jay Y Lee denied some of the suspicions against him, but had admitted to others.

No matter whether the court decides to approve or deny the arrest warrant, it’ll take a lot more than a good phone or two to restore South Korea’s faith in Samsung.

Read next: Facebook took 2 weeks to remove video of 12-year-old girl that livestreamed her suicide